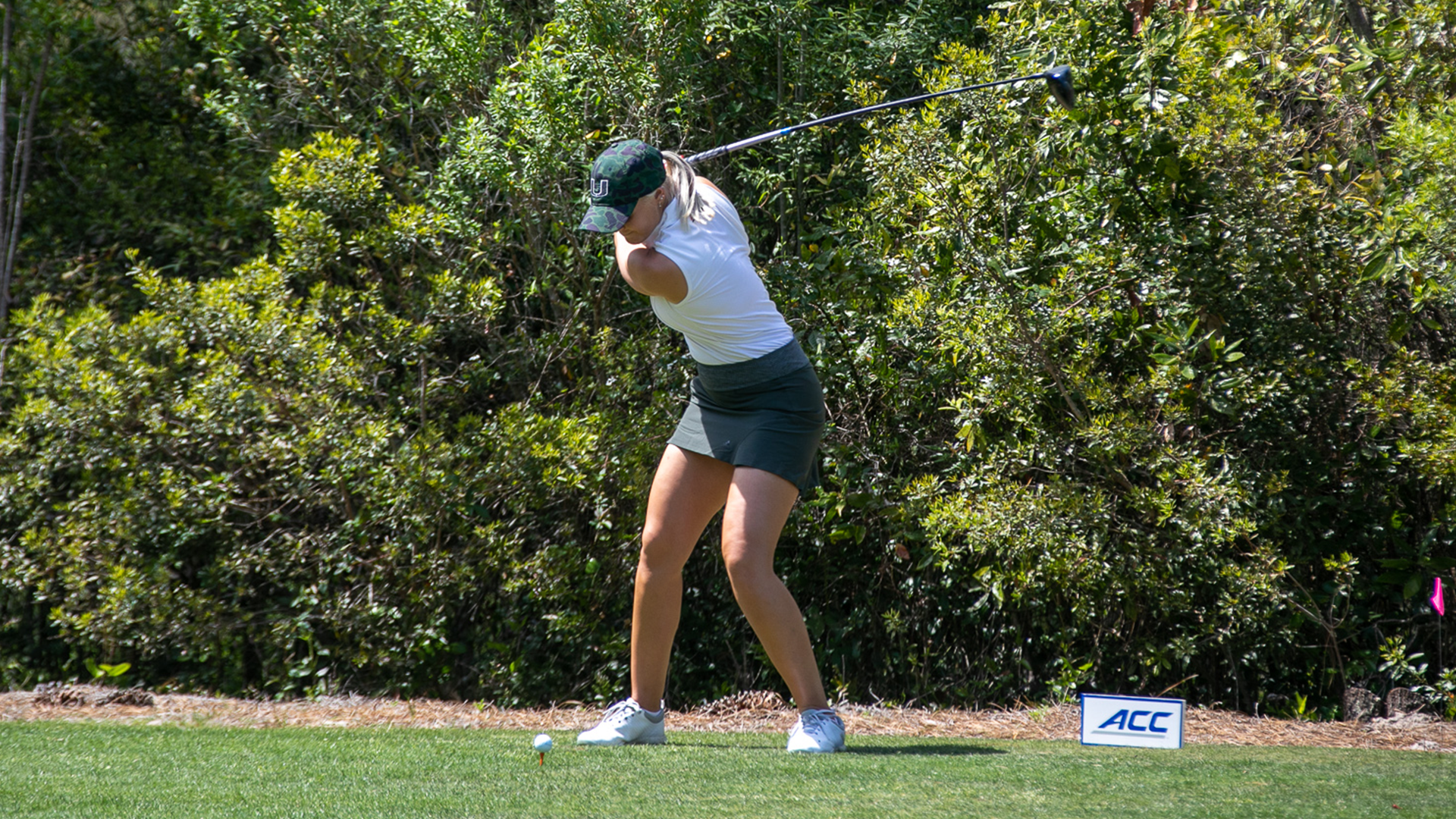 Taking place on Pawleys Island, S.C., the four-day tournament will be played at the par-72, 6,212-yard The Reserve Golf Club of Pawleys Island.

The last time the Canes played on Pawleys Island was the 2017 ACC Championship where they took third as a team. In 2020, the event was set to take place on the island before the COVID-19 pandemic canceled the action.

Miami is seeded ninth in the tournament based on their 42nd overall ranking on GolfStat. It will be paired with eighth-seed North Carolina and the No. 7 seed Louisville for the first and second rounds.

The group will start play on Thursday at 8:50 a.m. on Hole No. 10. Play will continue into the second round on Thursday with no repairing in between the rounds.

Action will resume on Friday morning with round three with semifinal lineup announcements and an individual award ceremony immediately following.

New to the format this year, teams are allowed to have a substitution. Miami’s substitute this year will be Franziska Sliper who is allowed to enter the tournament for a teammate after a round concludes.

Guseva placed sixth last year at the ACC Championships, while Byrne followed her as the second-best finish for the team as she tied for 24th.

Frydlova enters the weekend with a team-leading 73.54 stroke average and Backman has the most rounds par or better for Miami with 11.

Live results can be found HERE.