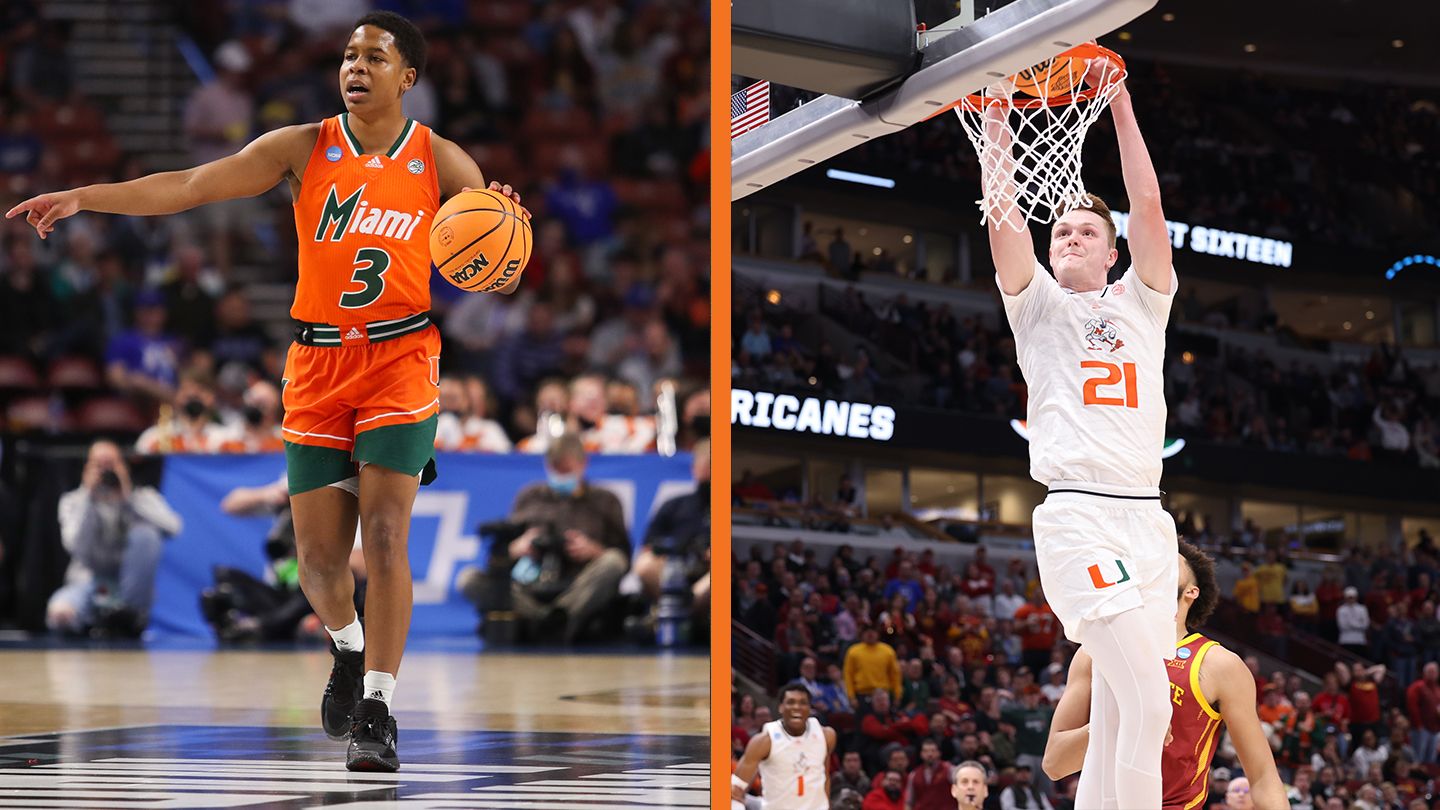 Charlie Moore and Sam Waardenburg both made the cut, garnering recognition for their success both on the court and in the classroom during the 2021-22 school year.

A sixth-year redshirt senior guard, Moore averaged 12.4 points, a team-best 4.6 assists and a team-high 2.0 steals per game. He finished top-three in the ACC in each of the latter two categories and was one of just 10 Division I players to post that stat line in 2021-22.

Moore earned ACC All-Defensive Team and Honorable Mention All-ACC status during his lone season with the Hurricanes and finished the year with career-best marks in field-goal (44.7) and 3-point (36.4) percentages.

In addition, Moore currently sports a superb 3.767 GPA in his graduate international administration program. The 5-foot-11 guard from Chicago previously earned a bachelor’s degree from DePaul in communications.

A sixth-year redshirt senior forward, Waardenburg put up 8.5 points, 4.3 rebounds, 2.0 assists and a team-best 1.3 blocks per game. He placed seventh in the ACC in the last category and finished the season as one of only three Division I players to record that stat line while shooting over 40 percent from 3-point range on at least one make per game.

Waardenburg shot a career-high 52.8 percent from the floor and 41.8 percent beyond the arc. The former mark put him second on the team, while the latter led all Hurricanes.

The 6-foot-10 native of Auckland, New Zealand, currently owns a dazzling 3.9 GPA in his graduate liberal studies program. He will soon be a “triple Cane,” as he already possesses both a bachelor’s degree in geography (May 2020) and a master’s degree in sport administration (August 2021) from Miami.

Miami has now placed at least one player on the All-ACC Academic Team in 15 of its 17 years in the league, including each of the past 10. The second mark dates back to head coach Jim Larrañaga’s second season at the helm.