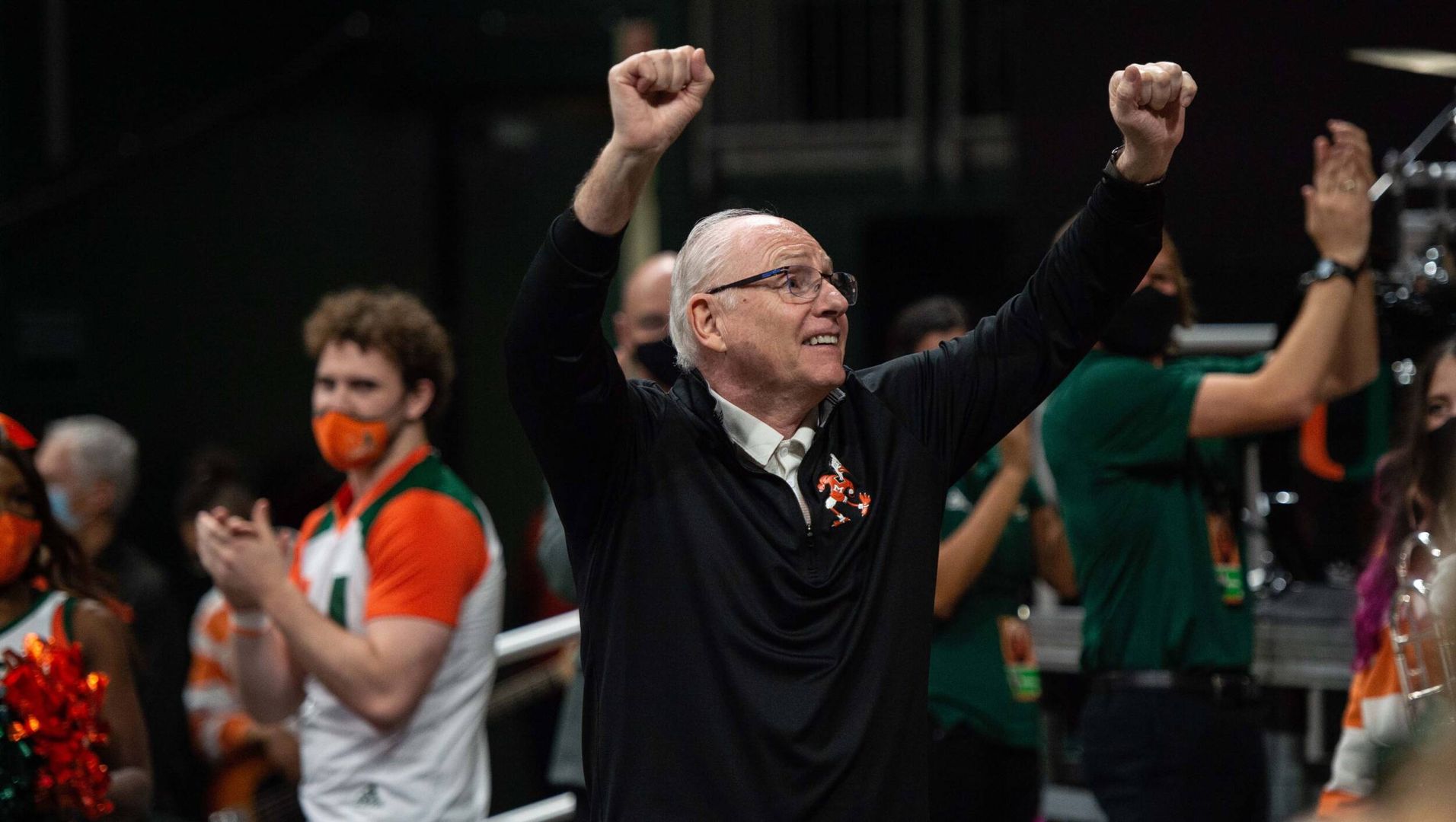 The winningest coach in program history, Larrañaga received an additional two years on his deal, taking it through the 2025-26 campaign.

“I am excited to have Jim continue to lead our men’s basketball program,” Radakovich said. “He is an outstanding ambassador on and off the court for Miami and for the game of college basketball. We look forward to many more seasons of success with Jim at the helm.”

A 38-year coaching veteran, Larrañaga ranks No. 34 all-time among Division I coaches, including No. 10 among active coaches, in victories with a 692-473 ledger. He is a stellar 222-139 in 11 years at Miami and has led the program to unprecedented heights during his illustrious career in Coral Gables.

Over a third of the Hurricanes’ 20-win seasons have come under Larrañaga’s leadership, as he has directed his team to a seventh such campaign in 2021-22. His tenure also includes all three of Miami’s 25-win seasons, two of its three NCAA Sweet 16 berths and a sweep of the 2013 ACC titles. 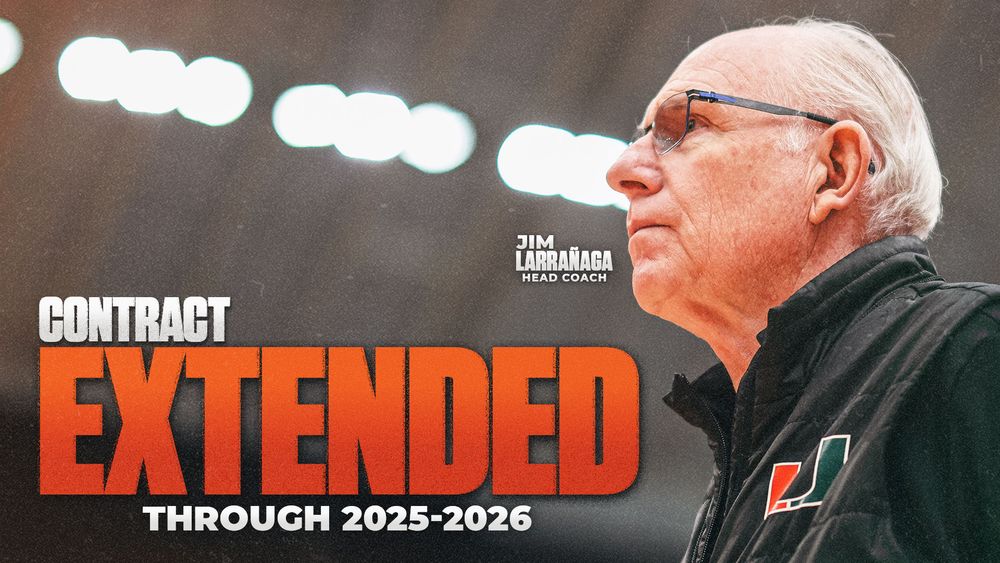 Larrañaga’s 222 wins at Miami place him in a tie for No. 13 on the ACC’s all-time leaderboard, while his 105 regular season conference victories also give him the No. 13 spot. He is the only coach in NCAA history to win 100-plus league games at three different schools or in three different conferences.

“I’d like to thank President Frenk and Vice President/Director of Athletics Dan Radakovich for their belief and trust in me. I’m honored and humbled by the University of Miami’s amazing continued support of me, my players and my staff,” Larrañaga said. “This extension is truly about all of us associated with the program and what we have accomplished together. I love working at Miami and this city has truly become home for me and my wife, Liz. I’m incredibly excited to continue coaching here at The U and look forward to leading the program to more memorable moments in the future.”

The Hurricanes went 22-9 (14-6 ACC) during the regular season and finished fourth in the conference standings after being picked No. 12 in the ACC preseason poll. This is the eighth time in Larrañaga’s 11 years Miami has exceeded league expectations, including the third time by four-plus spots.

In addition to his teams’ on-court success, Larrañaga’s program has posted a perfect Graduate Success Rate (GSR) each of the past four years. All 28 departing undergraduate seniors who have played for the Hurricanes during the Bronx, N.Y., native’s tenure have earned a Miami degree.

Larrañaga and the fourth-seeded Hurricanes begin 2022 postseason play Thursday at 2:30 p.m. against fifth seeded-Wake Forest or No. 13-seeded Boston College in the ACC Tournament quarterfinals, live on ESPN2 from the Barclays Center in Brooklyn, N.Y.