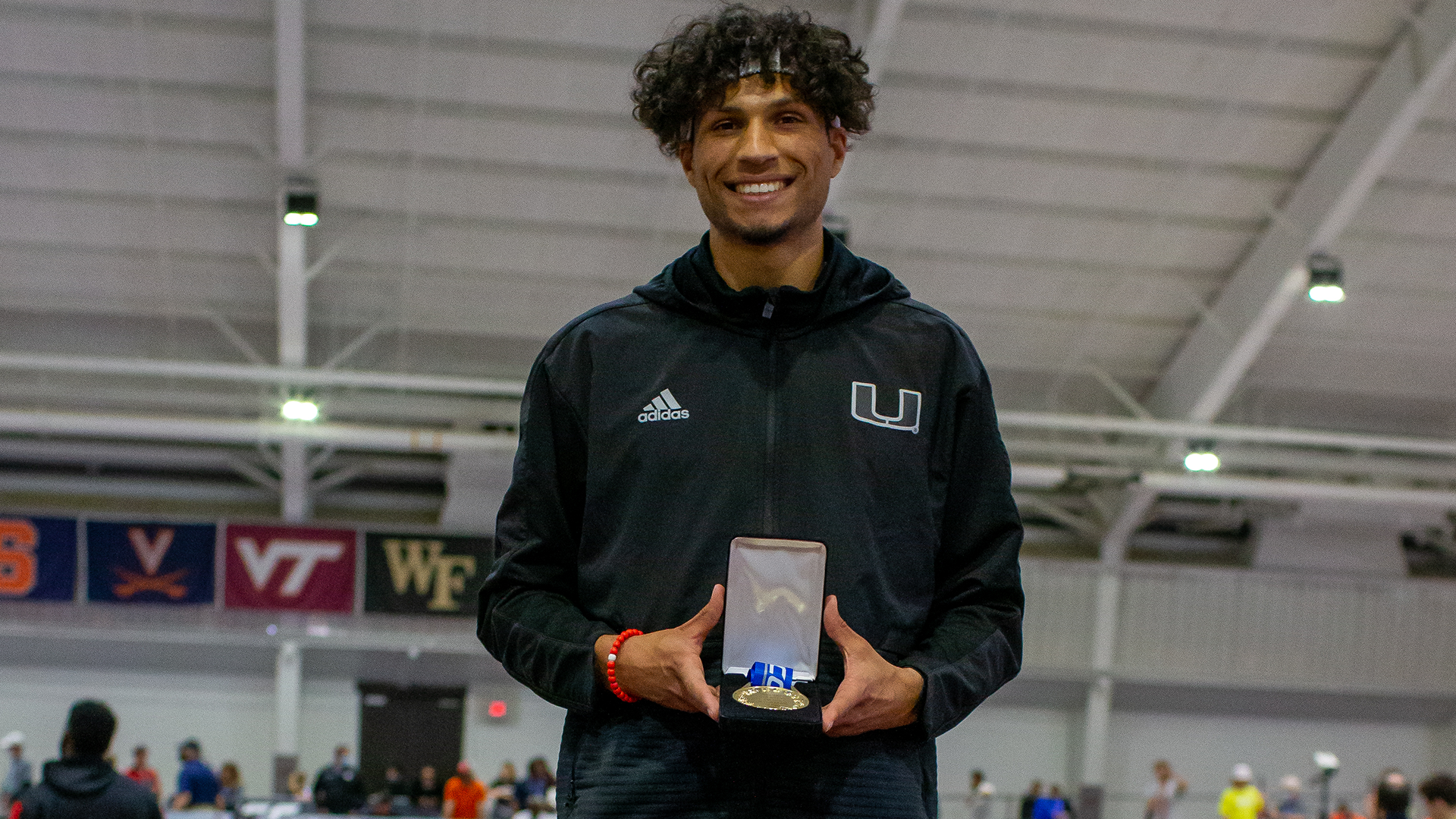 Holmes Doubles Down on Gold at ACC Championships

BLACKSBURG, Va. – It was a day to remember for Isaiah Holmes on the second day of the ACC Championships on Friday.

Holmes opened the day for the University of Miami track and field team with a win in the high jump, reaching 2.17 meters. It was only fitting that the graduate student closes out the day in similar fashion. He shattered his own long jump school record, 7.90 meters set earlier this season, by jumping 8.03 meters — the fourth-farthest jump in the nation this season — to solidify his spot at the 2022 NCAA Indoor National Championships.

“What a day for Isaiah,” director of track and field and cross country Amy Deem said. “It was a great day for him, and he really stepped up in both events. He started the day off right in the high jump. Clearly Isaiah was huge for us today.”

On his final long jump of the day, Russell Robinson jumped to a seventh-place finish to earn points for the Hurricanes with a tally of 7.63 meters.

For Miami’s women jumpers, Lauryn Harris and Ashley Moore each contributed to the team point tally. Harris placed fourth with a long jump of 6.16 meters, a season best. Moore posted a personal best of 6.00 meters to earn eighth in her collegiate postseason debut.

Kevin Arreaga joined Holmes with a podium spot. Arreaga tallied a third-place finish in the weight throw with a mark of 21.47 meters. Graduate transfer Decio Andrade scored his first points as a Cane after he finished sixth with a throw of 20.93 meters.

The pair of Debbie Ajagbe and Hannah-Sophia Hall paced the women’s throwers on the second day. Ajagbe placed fifth with a throw of 20.86 meters, a season best for her, while Hall was tabbed seventh after a mark of 19.23 meters.

Miami’s success poured over onto the track, as nine Canes combined to reach Saturday’s finals in six events.

“Being able to advance as many people as we advanced to tomorrow is great,” Deem added. “Across the board we advanced almost everybody we needed to advance. We really took care of business today.”

A trio of Hurricanes – Solomon Strader, Khamal Stewart-Baynes and Davonte Fuller – secured spots in the men’s 400-meter final. Strader clocked the third fastest time in program history, 46.89, on his way to second, while Stewart-Baynes notched the fourth-best time in school history at 47.14 on his way to fifth place. Fuller grabbed the final qualifying spot in 47.42 seconds.

Rounding out the Miami men with spots in the finals were Andre Turay and Ayman Zahafi. Turay will run in Saturday’s 60-meter hurdles final after a time of 7.93 qualified him for the event. Zahafi won his 800-meter prelim heat in a time of 1:51.22 to solidify his spot.

As a team, the men are currently in second place with 31 points, trailing host Virginia Tech with 34 points. After two days of competition, the women are in eighth with 12 points.

Action concludes at the ACC Championships with the final day on Saturday. Events are scheduled to begin at noon with the men’s shot put and women’s triple jump. Fans can stream all the action on ACC Network Extra. 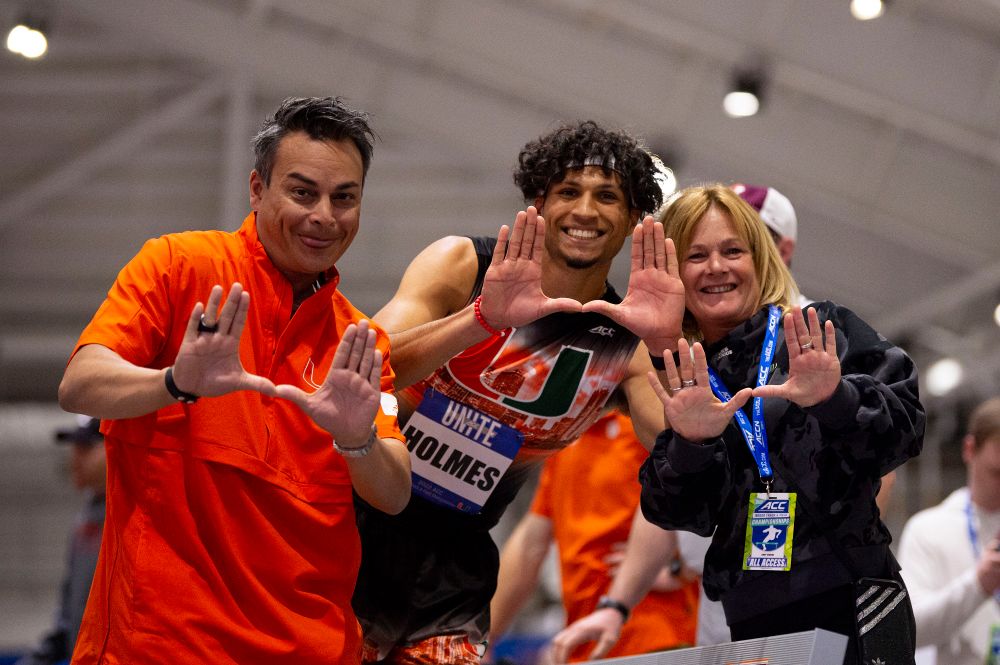