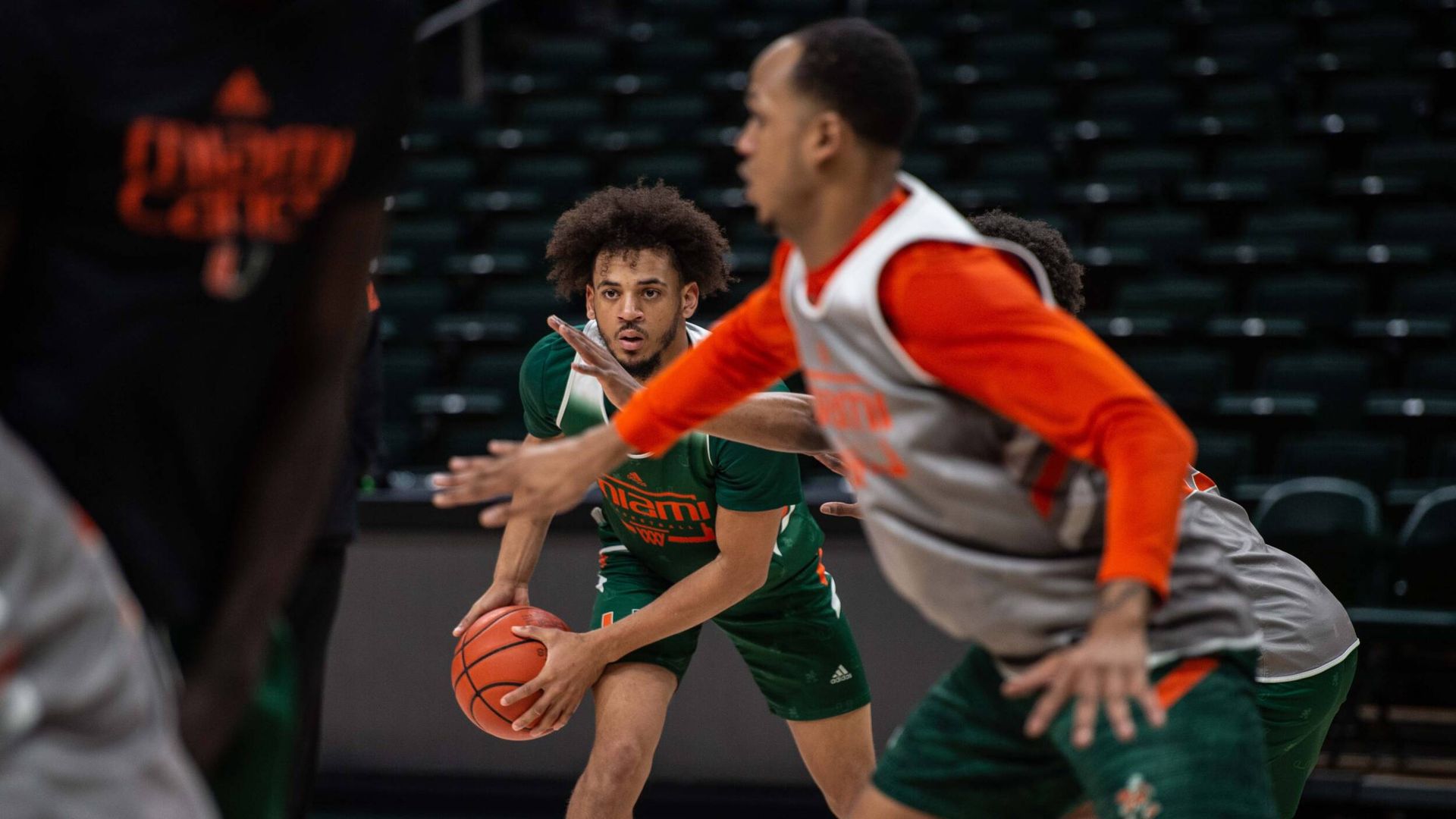 CORAL GABLES, Fla. – Few members of the University of Miami men’s basketball team have a better feel for the upcoming opponent than Jakai Robinson.

That is the case not just this week, but for every outing. The freshman guard is redshirting this season and has thus become an integral part of the Hurricanes’ scout team on a daily basis.

Robinson imitates opposing offenses, defenses and personnel to help his teammates get ready for what they will see when they take the hardwood for the game.

The 6-foot-4, 200-pounder has fully bought in to his role—an important one, at that—within the program this season. He is not upset about his lack of game minutes, but rather, is doing all he can to help Miami (16-7, 8-4 ACC) become the best it can be.

“I just want to help my team [and do] whatever I can. So, I know that I can help this team win [when we are] in practice by helping those dudes get better every day,” Robinson shared. “Those dudes are helping me get better every day. We’re starting to see some success. So, we’ve just got to keep up it and [I will continue to] embrace my role and be ready for when my number is called next year.”

A competitive individual, Robinson also hopes his “passion and energy” will carry over to his teammates, whether that is during a practice, a game or in the locker room. His goal is to do all he can, in any way, to aid the program, regardless of his playing time.

As Robinson has adeptly helped Miami prepare for its first 23 games, he has also improved his own game. By mimicking opposing players on the scout team, he is often going up against the Hurricanes’ talented starting lineup in practice.

There are a couple areas in which Robinson feels he has made the strong developments through his first several months as a collegian. 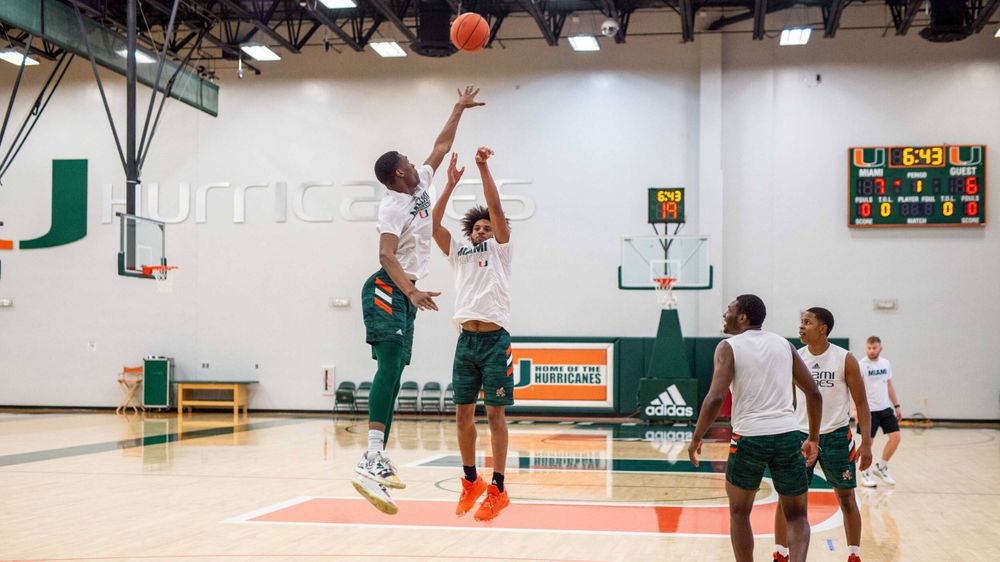 “Definitely [getting used to] the speed of the game, just getting adjusted to the game,” Robinson shared. You’ve just got to play at your own pace. … And I feel like the biggest thing that I’ve improved on so far has definitely been my jump-shot. I’m hitting it more consistently, for sure.”

Robinson and the Hurricanes, for the first time during this strong season, have dropped consecutive games. Following a 68-64 setback Wednesday night at home against Notre Dame, the Hurricanes fell at Virginia, 71-58, three days later.

Nonetheless, this team is not coming apart. Rather, according to Robinson, the Hurricanes know they must do just the opposite.

“Well, I feel like the main thing that we need to do after two losses like that is just stick together and just know that we play our best basketball when we’re together,” he said. “So, that’s what we need to do [to be] ready for the next game.”

Miami fell behind the Cavaliers early on Saturday night and, despite making a few runs, trailed for the majority of the contest.

Kameron McGusty scored 21 points on 9-of-13 shooting and fellow sixth-year redshirt senior guard Charlie Moore added 17 on an 8-of-13 clip, but the Hurricanes did not do enough at the other end to come away with the win.

Fourth-year junior guard Jordan Miller did tie a program record in ACC play with a career-high seven steals, but Virginia shot 60 percent (30-of-50) from the field, the top mark by a Miami foe since Jan. 27, 2018, over four years ago.

The Hurricanes will look to reverse that defensive performance Wednesday night when they host Georgia Tech at the Watsco Center. The second matchup in 12 days between the two teams is slated for 7 p.m. 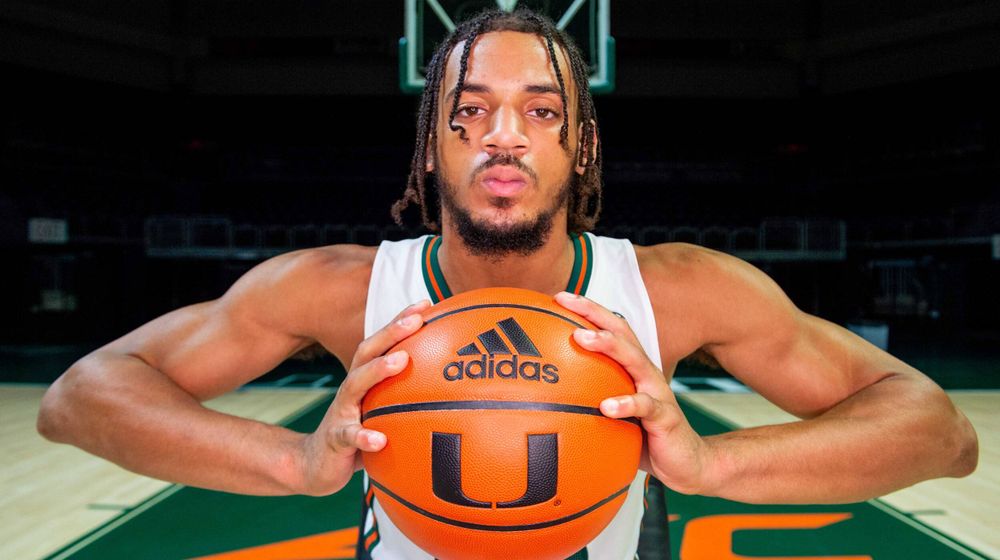 Miami won, 73-62, on Jan. 29 at McCamish Pavilion in Atlanta behind a game-high 21 points from McGusty. The victory improved the Hurricanes to 15-12 all-time versus the Yellow Jackets, including 8-6 under 11th-year head coach Jim Larrañaga. They own a 7-5 ledger at home.

With the two sides having met so recently, the familiarity will help Robinson and his fellow scout-teamers give the best look possible in practice.

As Robinson, a wing himself, is assuredly aware, Georgia Tech has two players on the perimeter whom the Hurricanes must key in on.

One is senior guard Michael Devoe, the ACC’s third-leading scorer at 18.6 points per game. The other is senior guard/forward Jordan Usher, who tallied 15 points, 10 rebounds and six assists in the first matchup.

Robinson, who hails from Ossining, N.Y., feels there is one prime element of importance for Miami come Wednesday night. 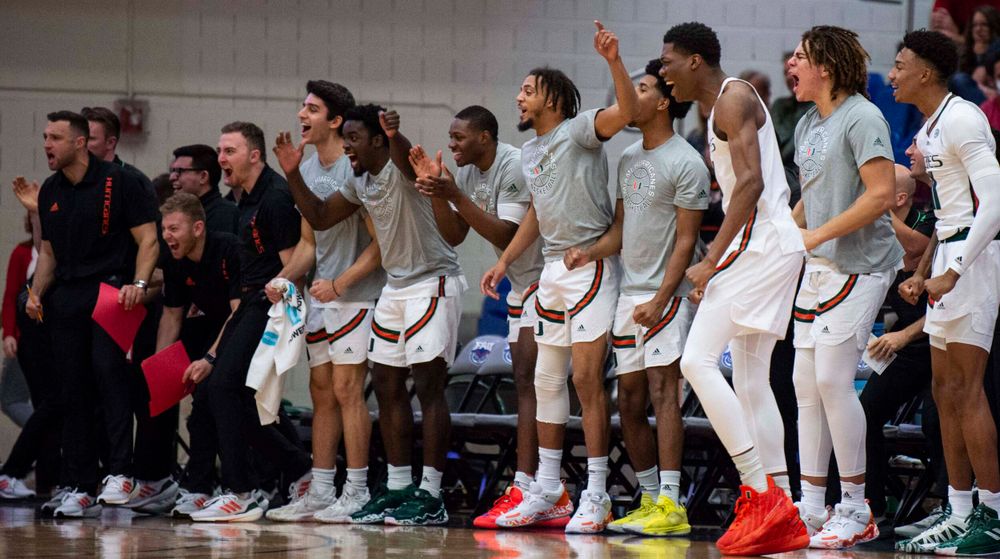 In each of the last two games, Miami has set a student attendance record. First, 1,682 students came to the sold-out game against Florida State on Jan. 22. Then, 1,986 students—an 18.1 percent increase over the rivalry matchup—turned out last Wednesday when the Hurricanes played Notre Dame.

The support from their peers, as well as the local community as a whole, means a lot to the Hurricanes and they hope it continues Wednesday when they are back at the Watsco Center.

The Hurricanes’ contest against the Yellow Jackets will be shown live on RSN—that is Bally Sports Sun locally—with Tom Werme and Brian Oliver on the call. A full affiliate is available HERE and it can also be seen on WatchESPN, subject to blackout, HERE.

Joe Zagacki and Danny Rabinowitz will have the radio broadcast on AM 560 Sports WQAM HERE. Action can also be heard on 90.5 FM WVUM HERE and in Spanish on WMYM 990 AM HERE. In addition, live stats will be available HERE.