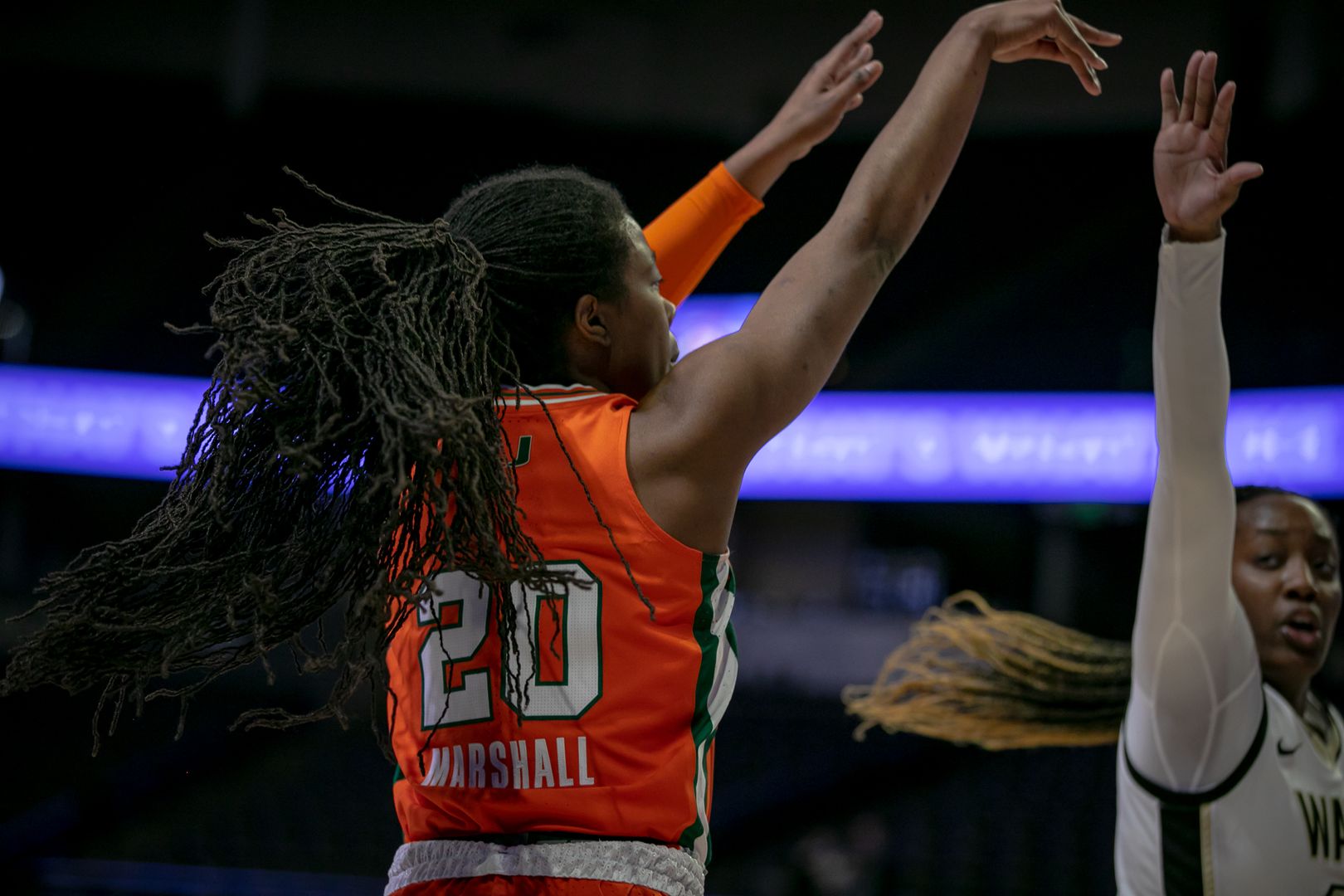 CORAL GABLES, Fla. – Opportunity awaits the University of Miami women’s basketball team as it faces its fourth top-10 team of the season when No. 4 Louisville comes to town.

“It’s always a great battle when we play Louisville and we’re excited and ready for the opportunity ahead,” head coach Katie Meier said.

While the history between the Hurricanes and the Cardinals is short, it has been nothing short of thrilling as four of the eight meetings have been single-digit decisions and two of the last three were decided in the final minute of play.

Despite the fight that the Hurricanes continuously put up against the Cardinals, Louisville leads the all-time series, 6-2. However, one of the Miami wins remains at the forefront of graduate student Kelsey Marshall’s memory, as she was a part of the Hurricane team that knocked off No. 2 Louisville, 79-73, in 2019.

“It was a very fun experience and I’m happy I got to have that opportunity in my four years of college,” Marshall said. “Hopefully, in my last go around, we can do it again.”

That 2019 win was made possible by one of the best shooting performances by the Hurricanes that season as Miami knocked down 55.1 percent of its shots and went 6-of-8 from beyond the arc.

On the defensive end, the Hurricanes outrebounded the Cardinals 34-30, something that is historically tough to do.

“We’re going up against one of the, traditionally, best rebounding teams in the nation,” Meier said. “If we rebound hard, we can play with everyone in the country.”

The Hurricanes are 9-1 when outrebounding opponents this season, with the only loss coming to No. 5/4 NC State. Miami is one of just three teams to outrebound the Wolfpack this season, sitting in the company of No. 1 South Carolina and No. 14/12 Georgia.

But rebounding comes down to effort and effort is what it is going to take to win on Tuesday.

“We need to come into the game mentally focused and we need to follow the game plan,” Marshall said. “But most importantly, we have to play good hard defense for 40 minutes.”

Defense has been the Hurricanes’ bread and butter this season as Miami is holding opponents to just 57.8 points per game. The Hurricanes have held 17 of their 18 opponents faced under their season average and they look to do so again against Louisville.

Tuesday’s game is scheduled to tipoff at 7 p.m. and the Hurricanes are looking for the support and energy that a rocking Watsco Center brings.

“Having a good crowd in big-time games like this is so important,” Marshall said. “They bring the energy up and get us hyped and really impact the flow of the game.”

Fans who cannot make it to the Watsco Center are able to stream the game on ACC Network Extra.