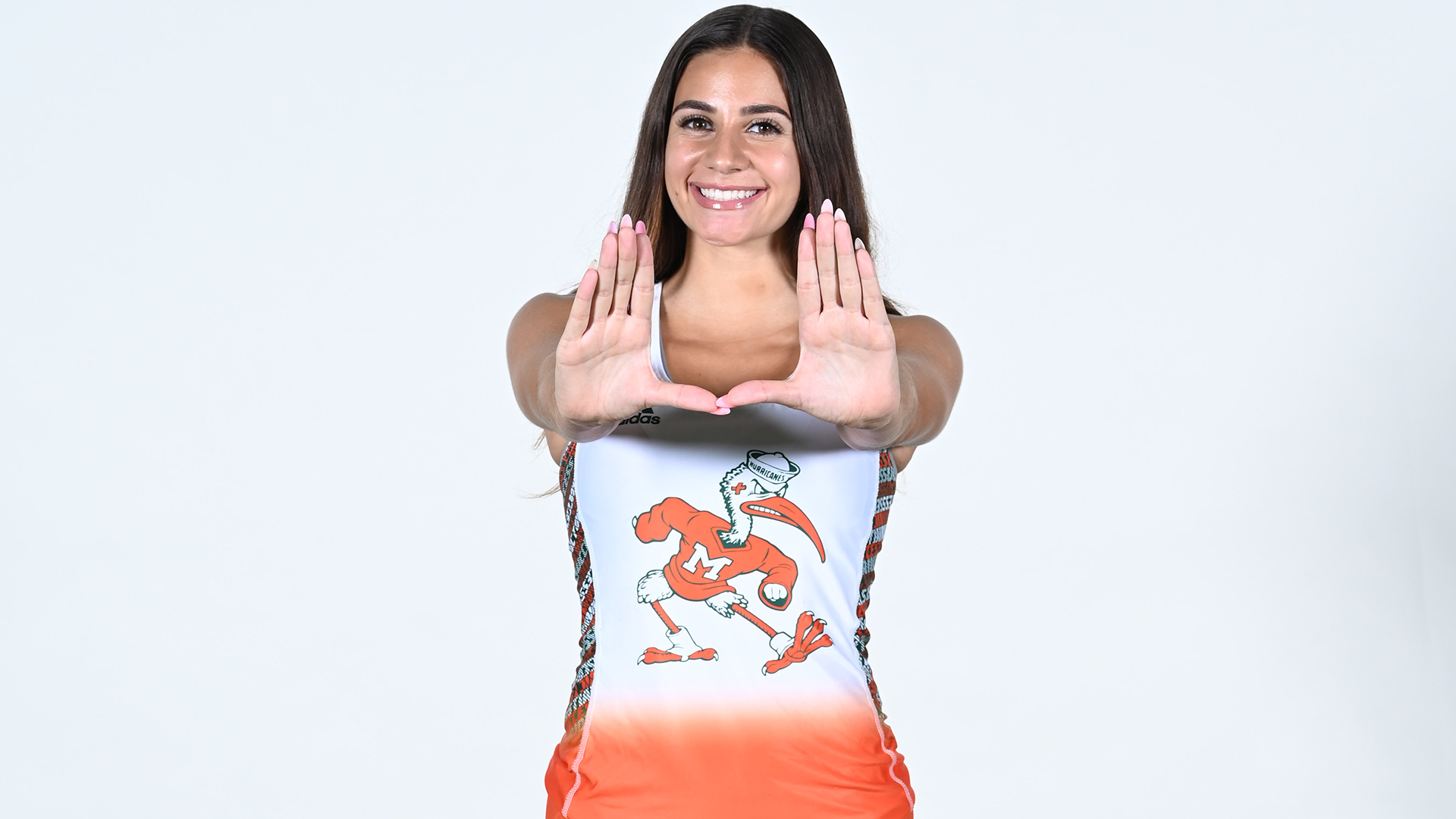 COLUMBIA, S.C. – The University of Miami track and field team capped off a strong showing at the Carolina Challenge on Saturday.

It was Moriah Oliveira highlighting the day with a strong 400m performance as she finished first with a time of 53.25, the 13th fastest mark in the NCAA this season.

“I thought it was a really strong day across the board,” said director of track and field and cross country Amy Deem. “All of our event areas had very strong performances. Again, there were a lot of performances we can build on as we work towards the ACC Championships later in the indoor season. It was a great team effort today with a lot of great performances. We really got a lot accomplished this weekend.”

A pair of Canes, Isaiah Holmes and Daphnee Lavassas, each set a new school record. Holmes posted a high jump mark of 2.14m, besting the previous record of 2.11m set in 2015 by John-Patrick Friday. The graduate student matched the previous high jump record at Miami’s opening event, the UAB Blazer Invitational just a week ago. After setting a school 3000m record at UAB to open the season, Lavassas shattered her previous record of 9:41.65 as she clocked in at 9:33.85.

Emma Langlois notched a program top-five time as she raced to a time of 9:56.29 for the fifth fastest 3000m time in school history.

Ayman Zahafi found his way into the program top-5 book for the second straight week. The senior transfer ran the fourth-best 800m time in Miami history, 1:50.59, to claim the title. Teammate Oskars Bambals, making his season debut, finished just behind Zahafi in a time of 1:51.92.

UM’s women found success in the 800m as well, taking three of the top four spots. Natalie Varela led the way in second as she crossed the finish line in 2:09.33. Two seconds later was Amaya Turner in third followed by Sierra Oliveira with a time of 2:13.46 in fourth.

The Hurricanes ended the day with a pair of podium finishes in the men’s and women’s 4x400m relays. Miami’s team of Jalen Gordon, Solomon Strader, Khamal Stewart-Baynes and Zahafi tabbed first with the second-best time in school history of 3:09.48. On the women’s side, the squad of Blanca Hervas-Rodriguez, Moriah Oliveira, Sierra Oliveira and Jacious Sears finished in 3:37.86 for second place.

Miami was just as hot in the field on day two.

In the long jump invite, all five combined men and women finished in the top-five. Holmes and Russell Robinson each jumped 7.61m, the third farthest mark in the school history book. It was Holmes claiming second while Robinson finished in third. Kevin Snyder added the new fifth best program long jump, 7.50m, as he took fourth in the event.

For the women, Gaelle Maonzambi posted a mark of 5.78m to seal her position in second place. She was joined in the top-three by fellow Cane Lauryn Harris with a jump of 5.75m.

The jumps group held strong in the afternoon triple jump invite session. Robinson earned the title for the men, recording the second farthest jump in school history of 15.78m. Snyder and Ashley Moore each finished third in their respective triple jump. Snyder had a mark of 15.27m, while Moore posted a 12.51m jump.

Miami returns to action on Feb. 4 and 5 as the team will split into two squads with athletes traveling to both South Bend, Ind., for the Meyo Invitational and Albuquerque, N.M., for the New Mexico Collegiate Invitational.