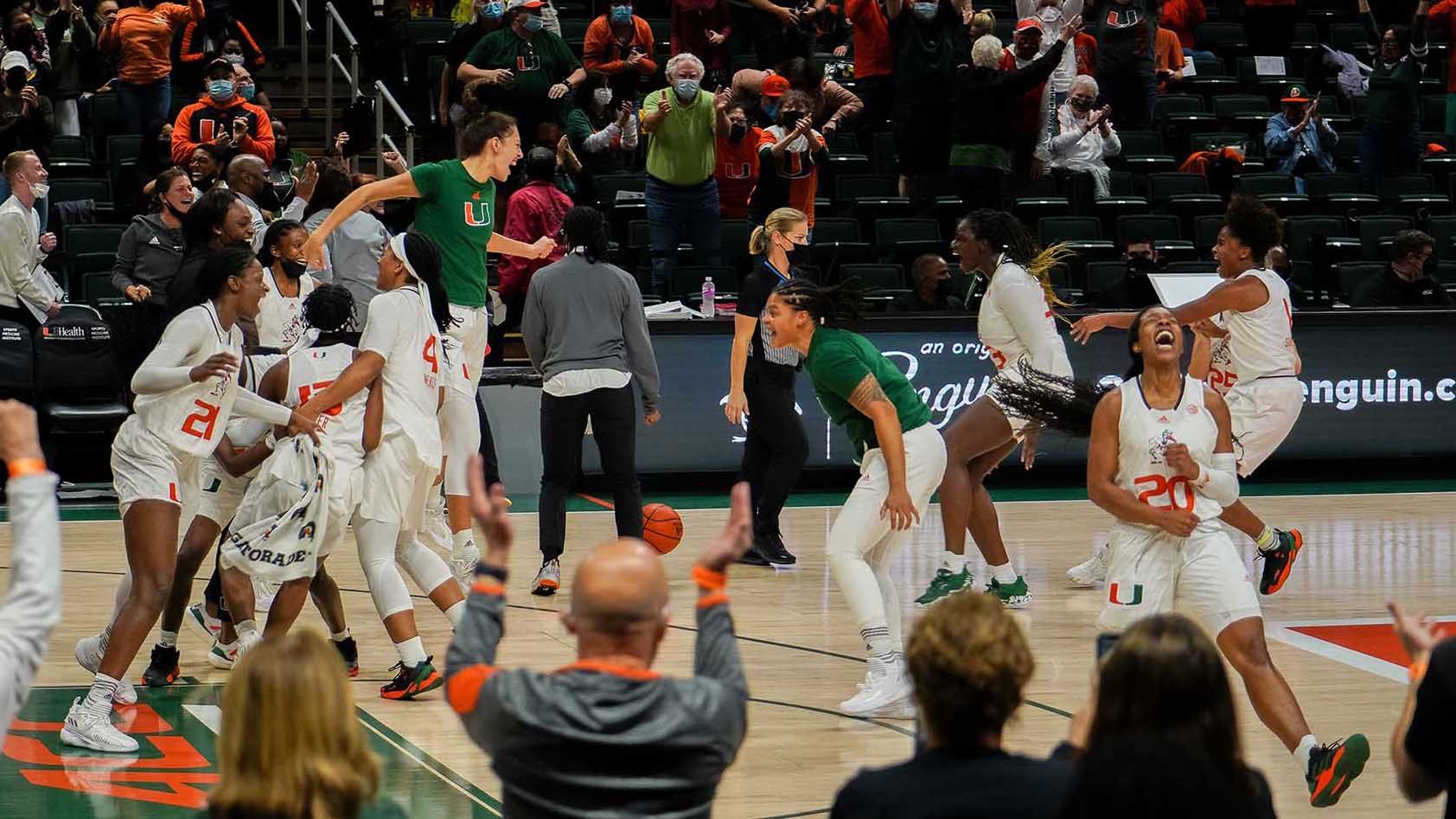 CORAL GABLES, Fla. – The University of Miami women’s basketball team posted its first win over a top-25 opponent since Feb. 17, 2019, by downing the No. 15/16 Georgia Tech Yellow Jackets, 46-45, Sunday afternoon at the Watsco Center.

“I don’t know that there is a better defensive team in the country than Georgia Tech. They make it so difficult,” head coach Katie Meier said. “But I told the team pregame ‘At the end of this game, we are going to be dancing around in the locker room because you will have played the hardest you’ve played all year.”

Down by as many as nine points late in the third quarter, Williams and the Miami defense were impenetrable in the fourth, holding Georgia Tech (13-4, 4-2 ACC) to just four points and forcing seven turnovers in the final 10 minutes.

Miami’s defense was the story of the game as it limited the Yellow Jackets to 28.6 percent shooting from the field, their lowest mark of the season. Additionally, the Hurricanes forced 15 Georgia Tech turnovers and recorded 14 points off those giveaways.

“I don’t know that anyone has played as hard, with the size disadvantage that we had, of any team I’ve coached than this team tonight on the defensive end,” Meier said. “When it came down to crunch time, as exhausted as they were, I thought they did a really nice job of getting to the later looks in our offense, which is absolutely necessary against Georgia Tech. I love my team and we really deserved that win.

For the 10th time this season, graduate student Kelsey Marshall scored in double digits, pacing the Canes with 12 points in the contest. Williams led Miami on the boards at six rebounds, while three other Canes hauled in five-plus boards – Marshall, Karla Erjavec and Moulayna Johnson Sidi Baba.

The Canes jumped out to an early 4-0 lead, holding Georgia Tech scoreless (0-for-10) for the first five minutes of the contest. The Yellow Jackets responded with a 10-2 run to take their first lead of the game, but the Canes battled to trail by only two, 13-11, after one.

Georgia Tech stretched its lead out to as high as six in the second quarter thanks to multiple trips to the line. The Yellow Jackets tallied 10 of their 16 points in the frame at the charity stripe. Senior Naomi Mbandu was relentless for the Canes in the second quarter, however, tallying five points to keep Miami in the game. The Canes entered halftime down by five with six different Miami players accounting for a basket in the first half.

Miami found its way on offense in the third quarter, shooting 46 percent from the field in the frame. The teams traded baskets throughout the quarter, with Georgia Tech emerging with the slight 12-11 edge in the frame to take a six-point lead into the final 10 minutes. 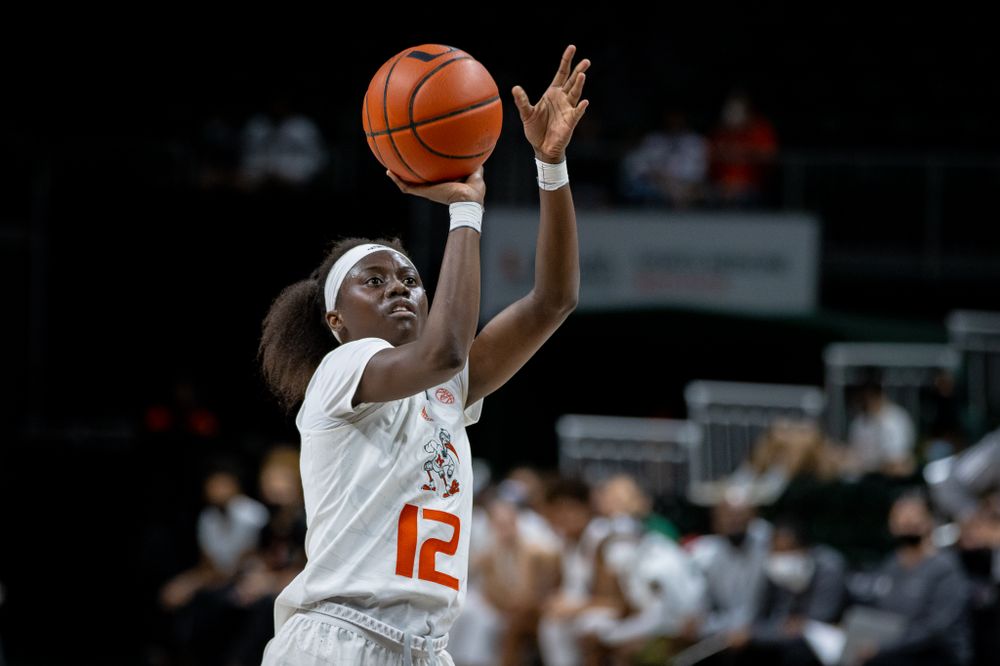 The Canes defense locked down heading into the fourth quarter making five straight stops to pull to within two. Miami held Georgia Tech to just two points through the first seven minutes of the frame, while the Canes made a 7-2 run capped by a 3-pointer from graduate student Maeva Djaldi-Tabdi to make it a one-point game at the 5:43 mark.

Georgia Tech’s only other basket in the fourth quarter came with three minutes remaining in the game to put the Yellow Jackets ahead by three once again. Williams took over for the Canes in the final two minutes, posting back-to-back layups, including the game-winner at the 1:21 mark to give the Canes the lead for good.

“Ja’Leah is just an incredible competitor and she is a lot of fun to coach,” Meier said.

Miami’s defense stayed strong in the final minute, making a pair of stops to finish the game out.

The Canes have a quick turnaround, as they host No. 16/21 Duke at home on Tuesday. The game is slated to tipoff at 2 p.m. and will air on ACC Network.