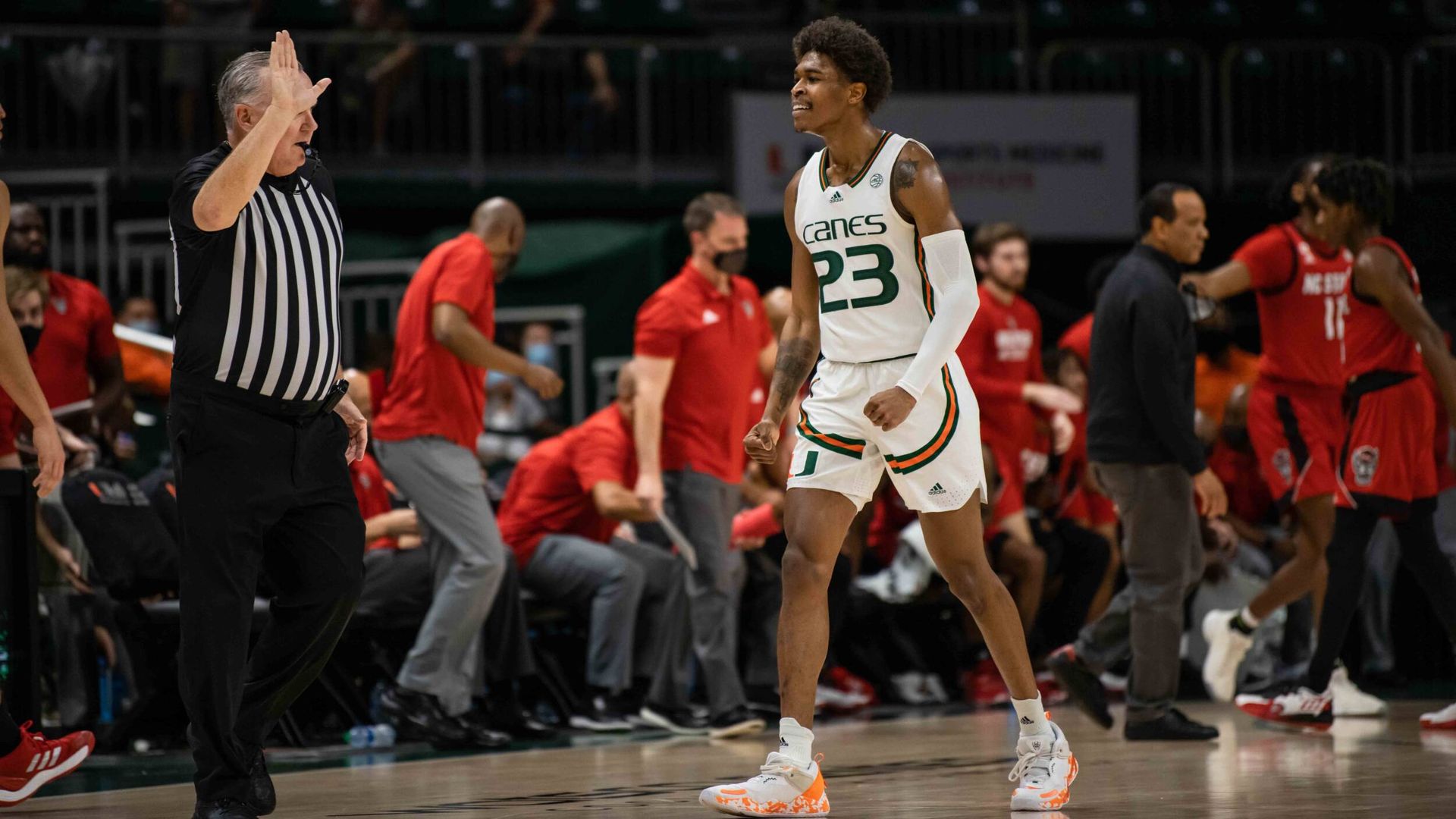 CORAL GABLES, Fla. – Kameron McGusty of the University of Miami men’s basketball is the ACC Player of the Week, as announced Monday afternoon by the league office.

McGusty opened the week with a 20-point, 11-rebound, five-assist performance in a 91-83 decision Wednesday night against NC State, marking his fourth double-double of the year. He finished one shy of his career best in rebounds and notched a season high in assists in the win.

Three days later, in a 92-84 triumph over Wake Forest Saturday night, McGusty posted 15 points and a game-best eight rebounds. He scored all 15 of his points in the second half and went 10-of-11 from the free-throw line. 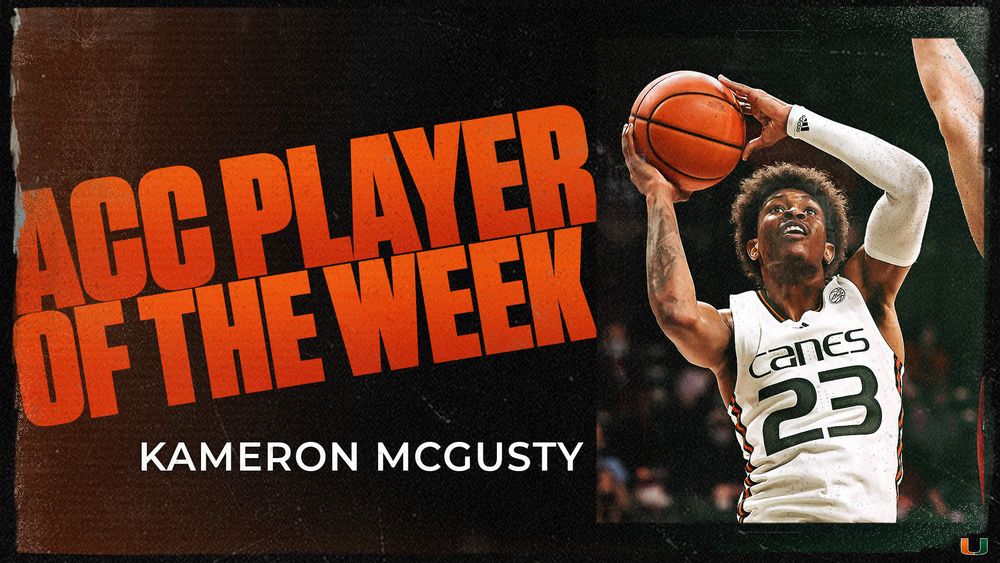 A native of Katy, Texas, McGusty is the third player in program history win ACC Player of the Week multiple times, as he also claimed the distinction on Dec. 29, 2019. He joins Jack McClinton (thrice) and Durand Scott (twice) on that list, with McClinton the only other Hurricanes to earn the accolade in multiple seasons.

The last Miami player to win ACC Player of the Week outright was Tonye Jekiri, who did so on Nov. 23, 2015.

McGusty and the Hurricanes, who currently own an 11-3 (3-0 ACC) record, return to action Wednesday at 8 p.m., when they host Syracuse at the Watsco Center, live on ACC Network.