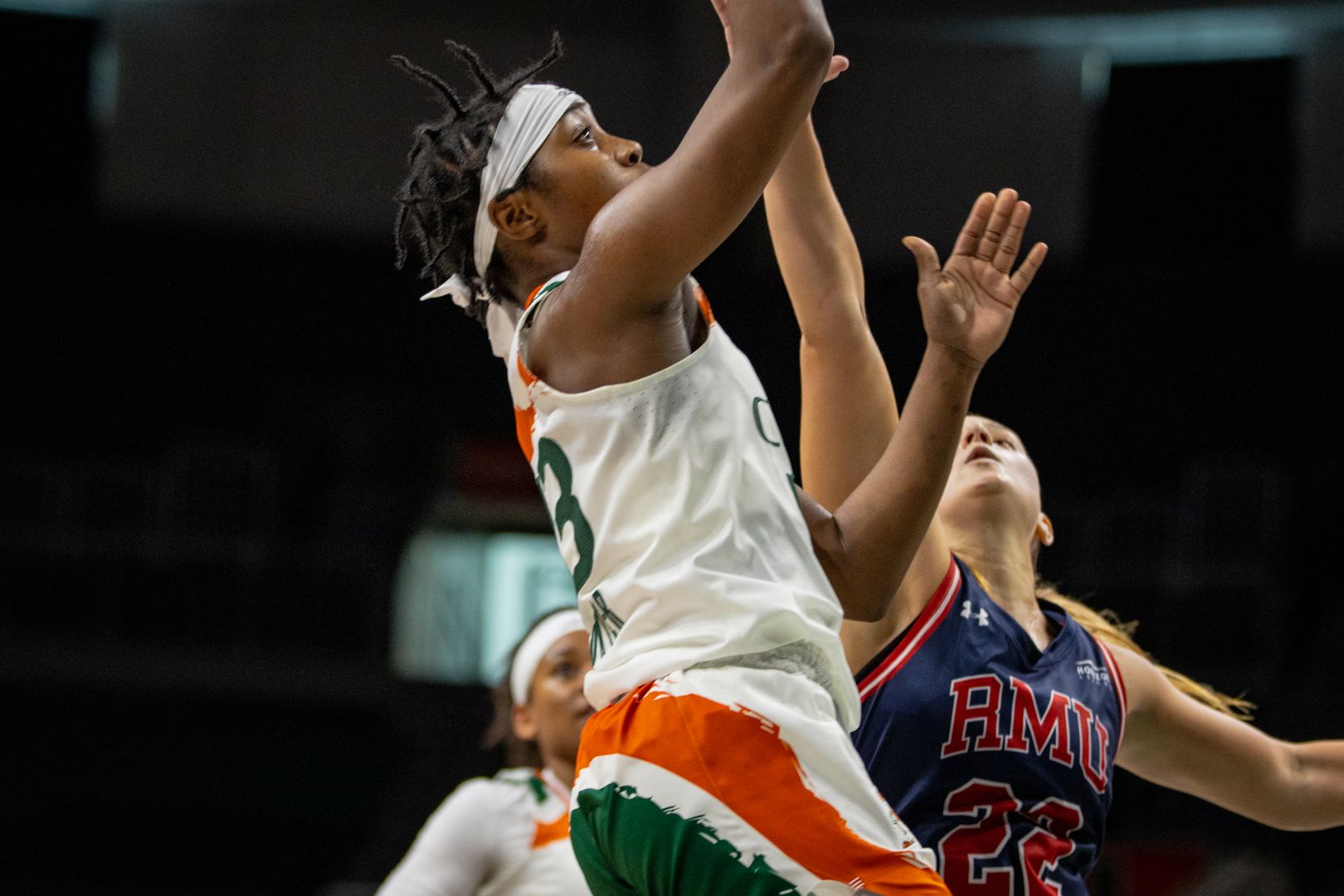 CORAL GABLES, Fla. – The University of Miami women’s basketball team scored a season-high 86 points on Sunday to defeat the Robert Morris Colonials, 86-45. Miami remains undefeated at home, posting a perfect 7-0 record inside the friendly confines of the Watsco Center this season.

“Credit to Robert Morris, they were missing a couple of players and their coach, but I thought they were really gritty,” head coach Katie Meier said. “They scouted us well and they made us fight. Our pace of play was phenomenal. I really think having Mykea back, having Lashae attacking like she was, having Karla playing as fresh as she did, really helps us.”

Junior Lola Pendande tallied her first double-double as a Cane, recording 10 points and 15 rebounds in the game, leading all players in boards. Senior Karla Erjavec notched a season-high 14 points on 6-of-7 shooting in the contest. 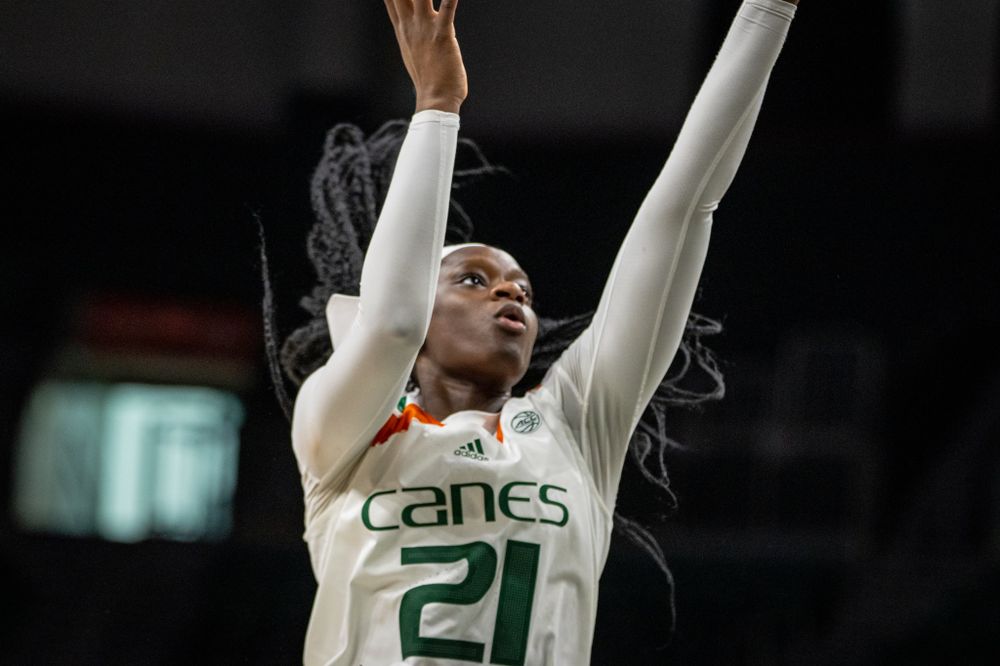 The freshman class was outstanding for the Canes, accounting for 30 of Miami’s 86 points.  Lashae Dwyer and Jasmyne Roberts each recorded new career highs, pouring in 15 points and nine points, respectively. Ja’Leah Williams tallied six points, four rebounds and a steal to add to bolster the freshman class’ stat line.

“The freshmen had a great performance, but I think the story is Lola with her double-double and how much the team was trying to get that for her, too,” Meier said. “This is a really fun team. We’ve been working so hard and challenging each other. This was the first game that we really had it in hand and we could have a little fun.”

Both teams took a few minutes to settle in, combining for 11 turnovers in the first five minutes of action. There were six lead changes in the first quarter alone, but Miami closed the frame on a 9-0 run to pull ahead by six, 20-14.

One of the highlights of the game came in the second quarter when sophomore Paula Fraile Ruiz checked into the game for the first time in her Miami career. Fraile Ruiz immediately made her presence felt, hauling in an offensive rebound and scoring her first bucket as a Cane at the 2:10 mark.

The Colonials tallied the first three points coming out of the locker room as Miami was once again plagued with a few tough turnovers. However, the Canes cleaned up their play and the defense locked down, holding the Colonials scoreless for the final six minutes of the quarter. Miami posted a 19-0 run to close the frame with a 72-34 lead heading into the final 10 minutes.

Miami closed out the game outscoring Robert Morris 14-11 in the fourth quarter. Pendande tallied four points in the frame to get to 10 points and the fourth double-double of her career.

The Canes open their ACC schedule on Sunday, hosting Duke at 12 p.m. in the Watsco Center. The game will air on ACC Network and fans can also listen on WVUM 90.5.