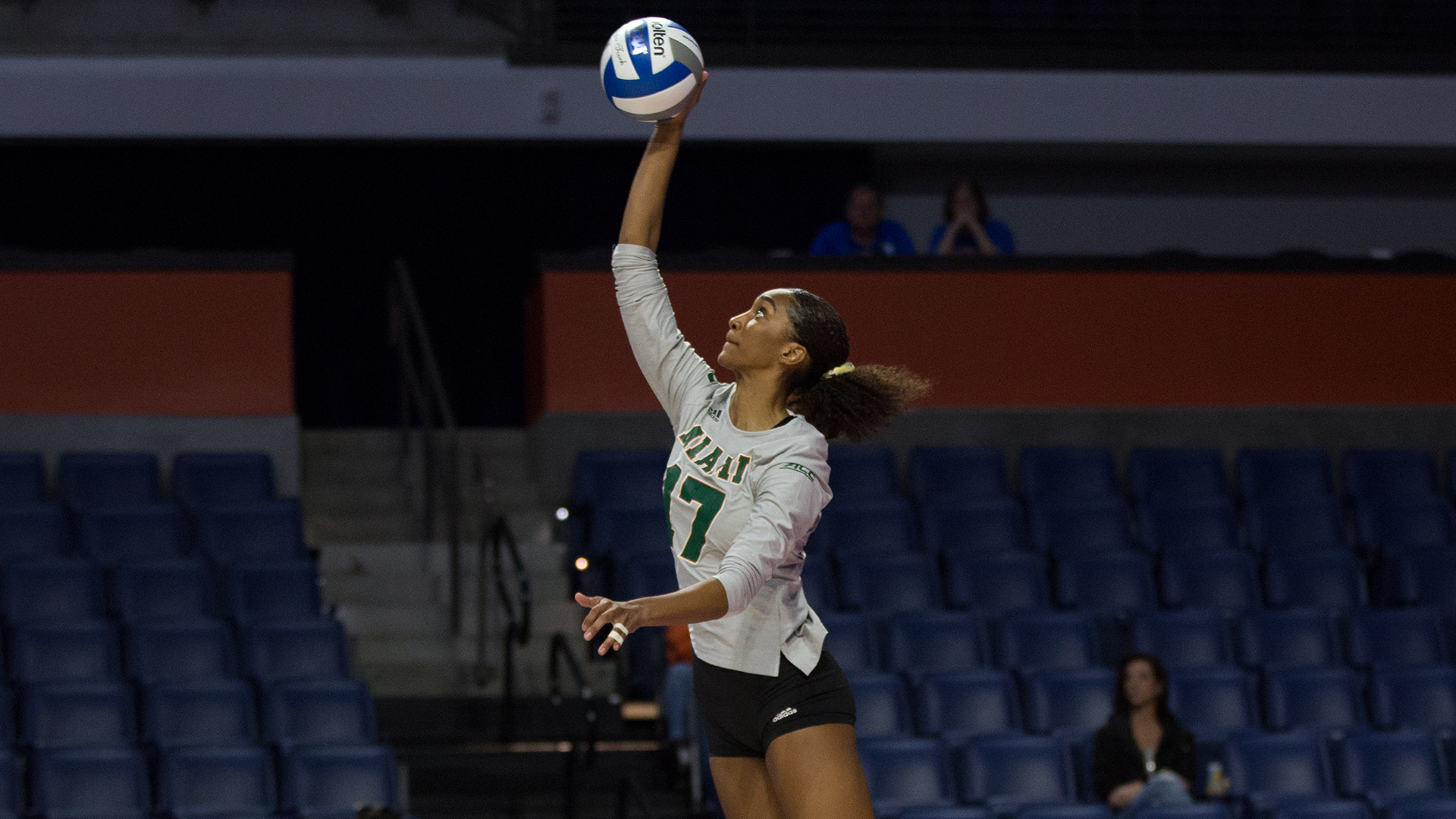 The honor is Vach’s second of her career after being named All-Region following the 2020-21 season. This marks the first such award for Leao and Grieve.

Miami’s trio helped lead the Hurricanes to its first 25-win season since 2012 and a postseason berth.

Vach, who was named All-ACC First Team, played all 30 matches in 2021. She notched the first triple-double under head coach Jose “Keno” Gandara against UCF (Sept. 16) with 16 kills, 28 assists and 11 digs. The Winter Springs, Fla. native, tallied a team-leading 11 double-doubles on the year. Vach finished the season ranked 19th in Division I with 10.98 assists per set, the seventh most in school history. She paced the Hurricanes with 1,142 assists and 29 aces.

A force at the net, Leao exploded onto the scene in her third season for the Canes. She played in all 107 sets on her way to being ranked 12th in Division I with 1.36 blocks per set. Leao posted a hitting percentage of .330, the ninth highest for a single season in program history. The New Bedford, Mass. native, totaled a team-leading 146 blocks which ranks fifth-most blocks in a single season by a Hurricane. Her 1.36 blocks per set this year was the fourth best in a campaign at Miami.

Grieve stepped up into a starting role for Miami this season. She played all 30 matches, while recording double-digit kills in 25 of those contests. The outside hitter, who was tabbed All-ACC Second Team, led Miami with 396 kills, 3.77 kills per set and 445 points. Grieve added career numbers with 24 aces and 47 blocks.