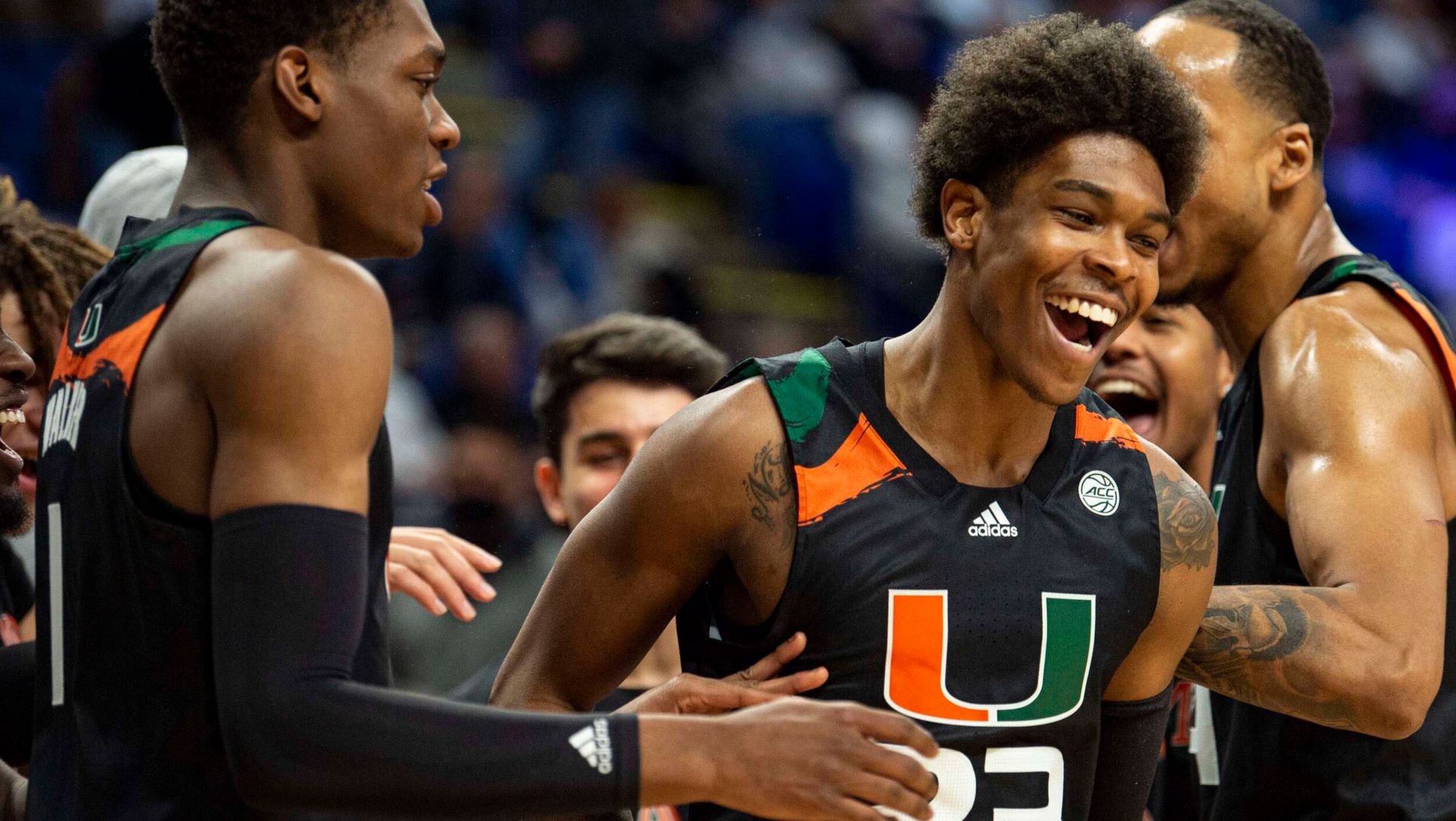 CORAL GABLES, Fla. – Kameron McGusty of the University of Miami men’s basketball team is a candidate for the 2021-22 Senior CLASS Award.

The sixth-year redshirt senior guard is one of 30 nominees in the sport of men’s basketball, as announced Tuesday. The prestigious award honors Division I seniors with notable achievements in four areas of excellence: community, classroom, character and competition.

McGusty is averaging 16.7 points, 6.2 rebounds and 1.9 assists per game through the first nine contests of the season. The Hurricanes’ leader in scoring and rebounding, he already owns three double-doubles and three 20-point performances in 2021-22.

A native of Katy, Texas, with over 1,350 points as a collegian, McGusty is also a strong student who received a bachelor’s degree from Miami in May 2021 after majoring in sport administration with a minor in sociology. McGusty, a two-time ACC Honor Roll member, is now pursuing a second bachelor’s degree as an exploratory arts and sciences major.

The 6-foot-5, 190-pounder has donated or volunteered his time in support of several charitable causes, including Operation Christmas Child, the Boys & Girls Club, Fight4Literacy and hurricane relief funds.

This is the third season in a row and fourth time in six years a Hurricane is a Senior CLASS Award nominee, as McGusty joins Nysier Brooks (2020-21) DJ Vasiljevic (2019-20) and Davon Reed (2016-17) in that group. He is one of four candidates from the ACC this season, alongside Syracuse’s Buddy Boeheim, Virginia Tech’s Justyn Mutts and Clemson’s Hunter Tyson.

The candidates will be narrowed to a field of 10 finalists in February and those names will be placed on the official ballot. Ballots will be distributed through a nationwide voting system to media, coaches and fans. The Senior CLASS Award winner will be announced during the Final Four.

For more information on each of the candidates, please visit www.seniorclassaward.com.