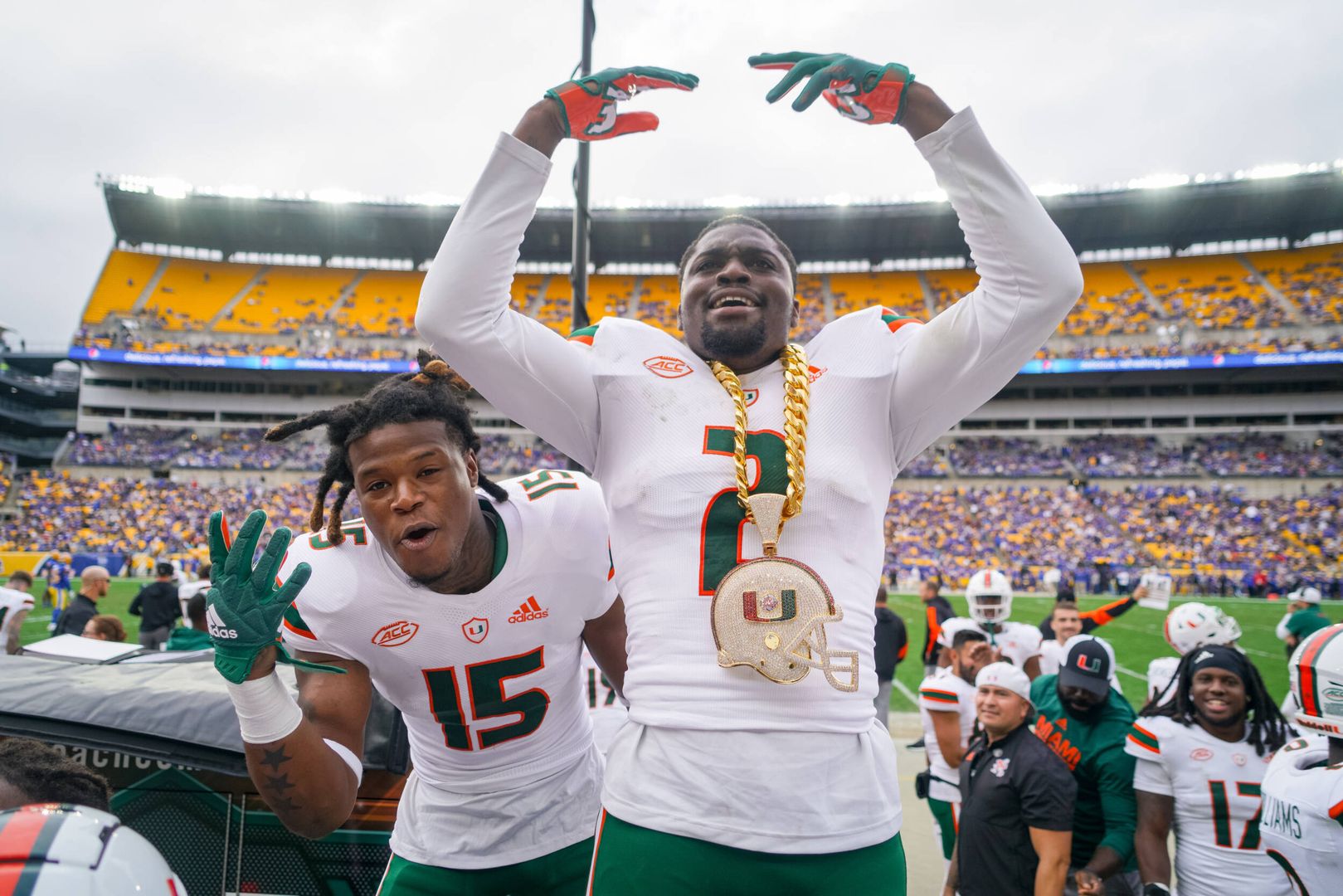 Van Dyke shined in his fifth career start and only second road start. The second-year freshman finished with a career-high 428 yards on 32-for-42 passing with three touchdowns and one interception. His 428 yards were the second-highest total in program history by a freshman quarterback and the eighth-most in a single game in program history.

After Pittsburgh scored on the game’s opening drive, the Hurricanes scored touchdowns on each of their first three offensive series to jump out to a 21-7 lead. The Panthers’ 7-0 lead lasted just 1:38.

Own a commemorative ticket to Miami’s second consecutive Top 20 win, but hurry sales end at midnight!

“We started fast. I was confident in all the players we’ve got on offense,” Van Dyke said. “We ended up making the most plays.”

Despite only scoring seven points after halftime, Miami (4-4, 2-2 ACC) held on for its second straight win and fourth straight decision over the Panthers.

“What an extraordinary football game. Pitt has got an unbelievable team,” head coach Manny Diaz said. “It was evident in the first quarter it was going to be a game of just finding a way to get a stop. Stops and turnovers.”

Van Dyke connected on touchdowns to tight ends Elijah Arroyo and Will Mallory while running back Jaylan Knighton added a 40-yard touchdown run to put Miami on top early.

The touchdown was the first of Arroyo’s career and came on a sliding 20-yard catch, while Mallory’s came on a 57-yard trick play that saw three different players touch the ball before Mallory sprinted up the Miami sideline for the score.

The Hurricanes totaled over 200 yards on their first ten plays on offense, including a career-long 57-yard catch from Key’Shawn Smith on a perfect throw from Van Dyke.

Stops were come to by for both sides; the two teams combined for 1,000 yards of offense, with Pitt’s Heisman Trophy candidate Kenny Pickett throwing for 519 yards and three scores.

Miami doubled Pickett’s season interception total, however, with Tyrique Stevenson recording his first collegiate interception and freshman standout James Williams adding his second pick of the year in the win.

The win was Miami’s second straight over a ranked opponent and came a week after the Hurricanes topped #18/#18 NC State, 31-30.

“Kenny Pickett is that guy. He was special. It was going to be a battle of perseverance,” Diaz said.

Miami’s 31 first-half points were the most in a single half against an FBS opponent since the Hurricanes scored 38 points in the first half of its game against Florida State in 2020.

The Panthers scored touchdowns on their first two possessions on the second half to tie the game at 31-31. Smith put Miami back on top with 2:15 left in the third quarter with his first career touchdown on a leaping grab in the back of the end zone.

“It was a grind to see it through,” Diaz said.