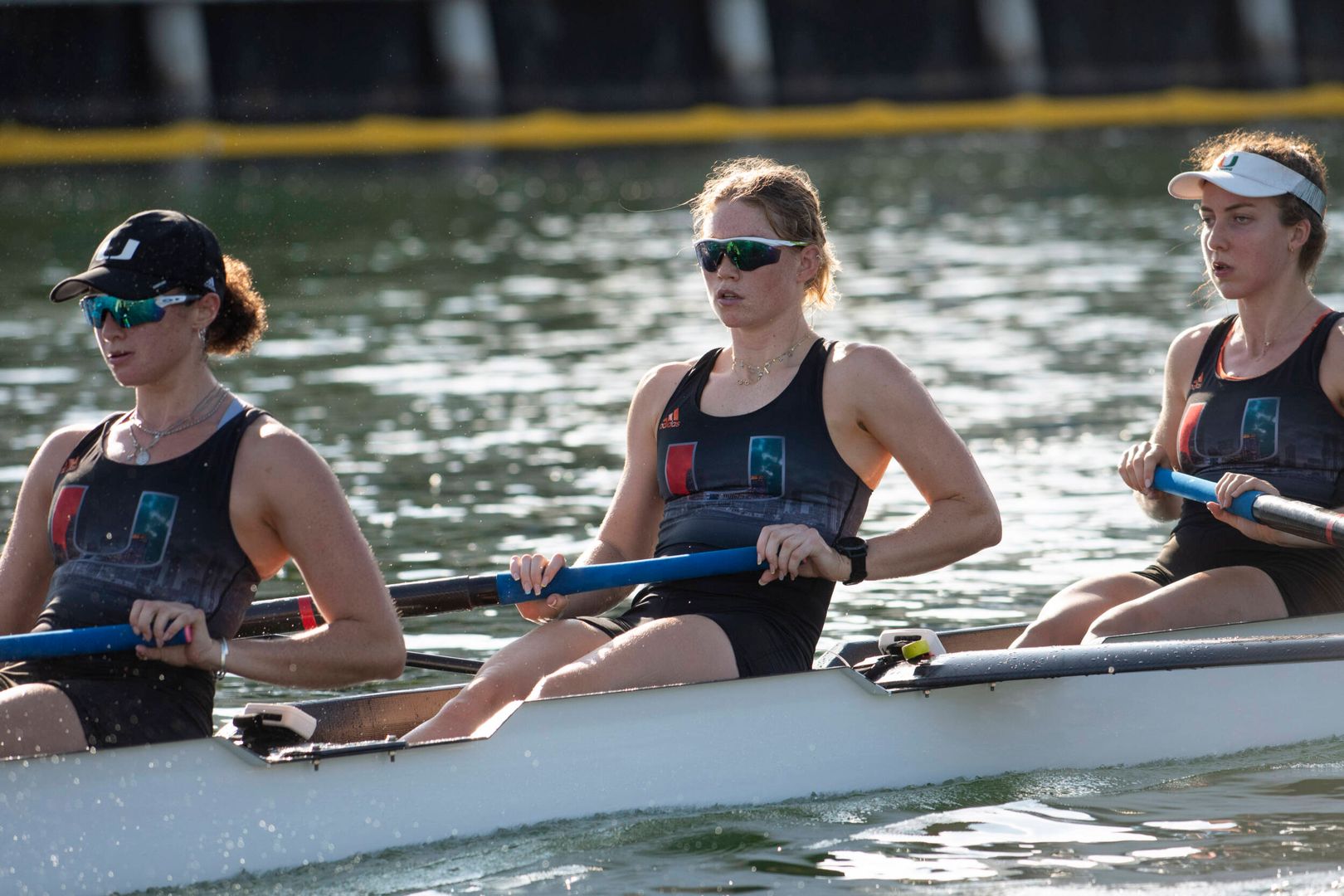 Canes Take Home Bronze at Head of the Charles

BOSTON – The Canes are coming home with the bronze! The University of Miami varsity four team bested 50 other boats to finish third in the Women’s Club Four division at the prestigious Head of the Charles Saturday afternoon in Boston, Mass.

The Canes, who started the race as bow 41, had to navigate six bridges and pass numerous boats on the Charles River to finish the 4,800-meter race in a time of 18:30.198, marking their best finish at the Head of the Charles in program history.

Miami placed only behind Calgary RC (17:47.312)  and conference foe Duke (18:27.037), who finished first and second respectively. The Canes edged the fourth-place team, Radcliffe, by over nine seconds and beat out the likes of Boston College and Tennessee.

The Head of the Charles was established in 1965 and is the largest 2-day regatta in the world.