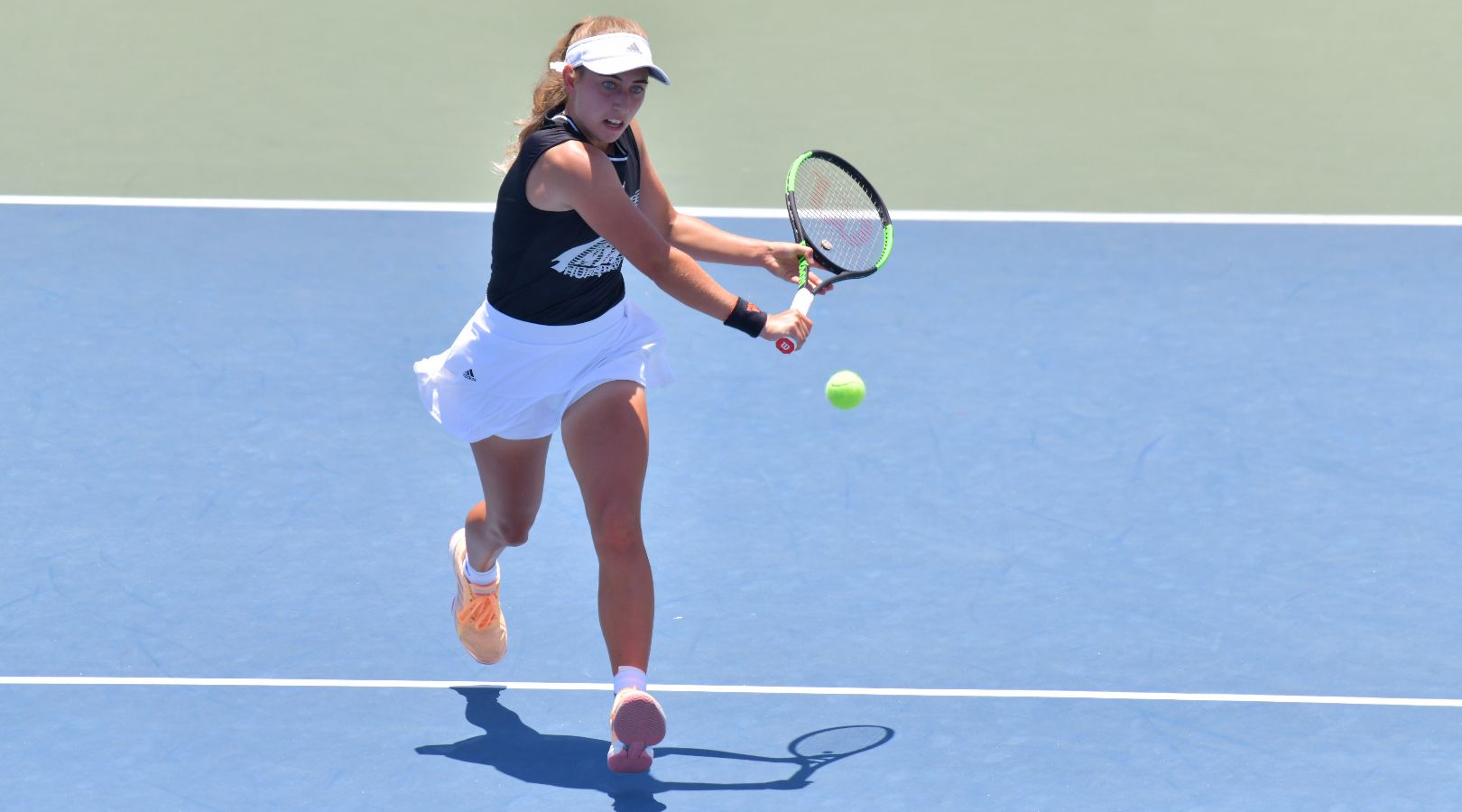 CORAL GABLES, Fla. – Isabella Pfennig of the University of Miami women’s tennis team opens the 2021-22 campaign as the No. 16 player in the ITA rankings, as announced Tuesday afternoon.

A sophomore from Gauting, Germany, Pfennig finished the spring ranked No. 26 after ascending as high as No. 10 nationally.

An ITA All-American and the ITA Southeast Region Rookie of the Year in her inaugural campaign, Pfennig went 18-6 in singles competition. She advanced to the second round of the NCAA Singles Championship and claimed four ACC Freshman of the Week distinctions.

In addition to her top-20 spot in singles, Pfennig also helps form one of Miami’s two top-40 doubles duos in the season-opening rankings.

Pfennig pairs with third-year sophomore Diana Khodan as the No. 31 tandem in the country after both players finished top-30 in doubles last year.

A Second Team All-ACC selection, Pfennig went 12-8 in doubles in 2021, mostly alongside Estela Perez-Somarriba. She peaked at No. 19 in the ITA rankings and finished at No. 26 after appearing in the NCAA Doubles Championship.

Khodan went 13-8 in doubles last year, mainly alongside Maya Tahan, and posted a 3-1 mark versus top-10 pairs. The Ivano-Frankivsk, Ukraine, native ascended as high as No. 14 nationally and capped the year at No. 19, also earning All-ACC Academic Team status and playing in the NCAA Doubles Championship.

Miami’s other top-40 doubles pair to begin 2021-22 features Tahan and sophomore Audrey Boch-Collins, a transfer from Baylor, who come in at No. 36.

Tahan, a third-year sophomore from Tel Mond, Israel, logged a 14-8 tally last season, including a 3-1 ledger against top-10 pairs. She, like Khodan, peaked at No. 14 in the rankings and finished the season at No. 19, as well as participated in the NCAA Doubles Championship.

Boch-Collins turned in a sparkling 25-8 record in doubles for the Bears last season, boasting a 20-4 tally in dual matches. A native of Las Vegas, Boch-Collins paced her team in doubles winning percentage, en route to finishing the season at No. 58 the national rankings and sixth in the ITA Texas Region.

Pfennig, Khodan, Tahan, Boch-Collins and the Hurricanes begin the 2021 fall slate Sept. 24-26 at the Fab Four Invitational in Cary, N.C. Additional information on the team’s fall schedule can be found HERE.