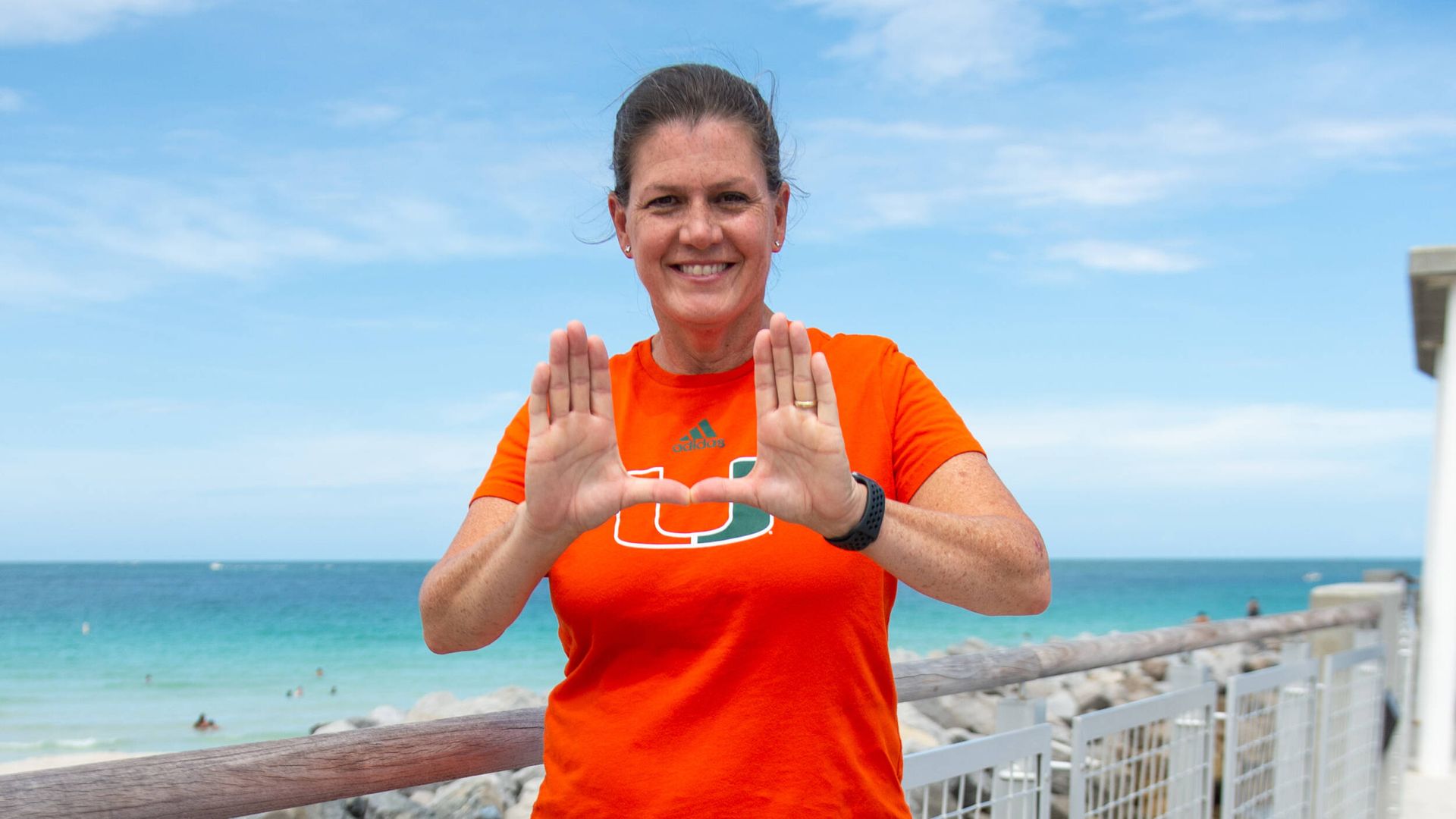 Beth Dunkenberger: Show Them You Care

“They don’t care how much you know until they know how much you care. I want to be known as someone who cares.”

Throughout her 33-year coaching career, University of Miami assistant coach Beth Dunkenberger has cultivated a reputation as a coach who genuinely cares about the well-being and success of her student-athletes, both on and off the court.

Her love of basketball and passion for developing players into the best version of themselves made her a perfect fit on head coach Katie Meier’s staff. But Dunkenberger’s basketball journey began long before arriving in Coral Gables, Fla. 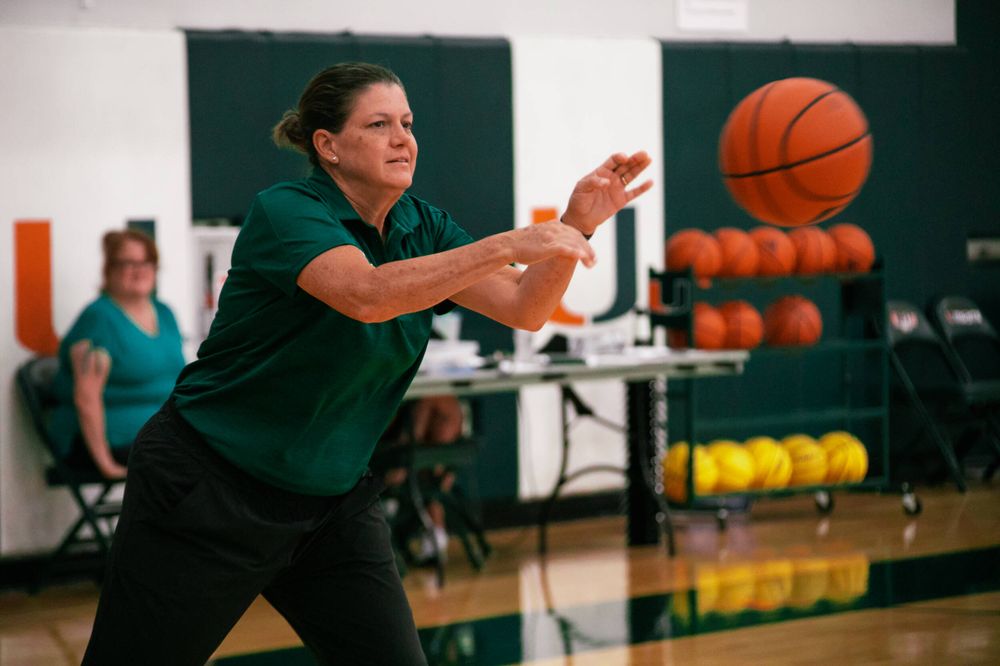 Dunkenberger grew up in the small town of Shawsville, Va., about 30 minutes outside of Roanoke, Va. With a population that hovered around 1,000, there were not very many recreational league opportunities for girls in the area. However, the town did have a girls basketball league and it was love at first dribble for Dunkenberger.

“I went to a small school, so I played a sport every single season,” Dunkenberger said. “But I loved basketball from the very first.”

Like many collegiate athletes, Dunkenberger displayed marked basketball talent at an early age, so her parents enrolled her in numerous basketball campus during the summers. It was at these basketball camps that Dunkenberger not only learned skills and drills, but also discovered her career path – coaching.

“My progression in basketball camp went from going to camps to running camps to coaching at camps,” Dunkenberger said. “I always liked the strategy behind taking a rag-tag group of 10 campers that showed up, some of whom were avid basketball players and some of whom were not and trying to teach them the game. That was fun to me.” 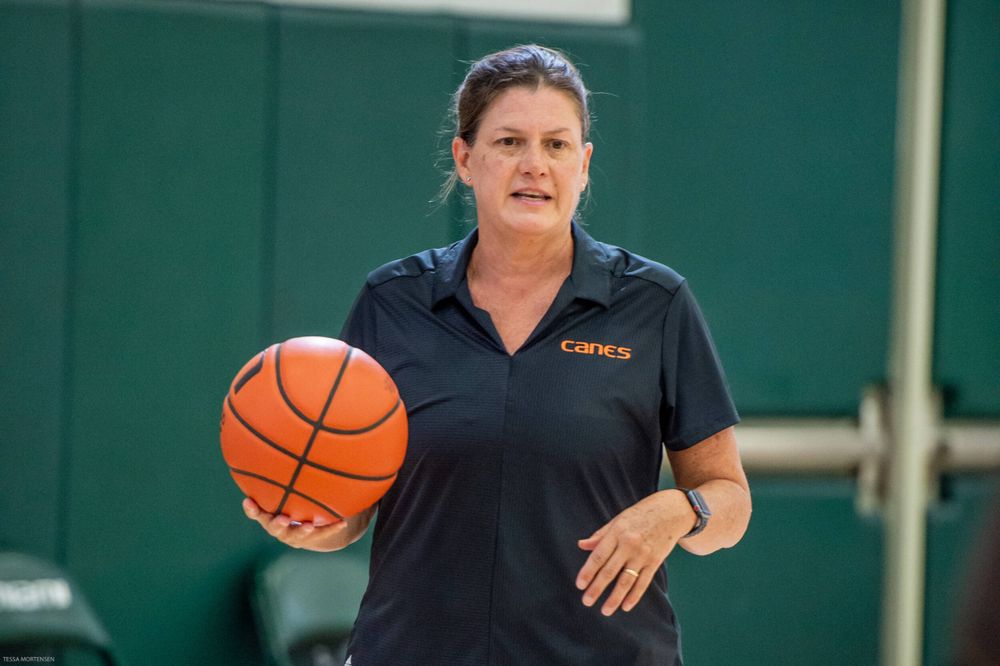 When Dunkenberger was in high school, basketball recruiting was nowhere near the level it is at today. Often times, she would be contacted by college coaches after her season ended because Shawsville played basketball in the fall.

Because of this, Dunkenberger started writing letters by hand and sending them to schools she was interested in. One of those schools was Randolph-Macon College in Ashland, Va.

“Randolph-Macon ended up being a great place for me because of the level of play,” Dunkenberger said. “It was a good spot where I could do and play a lot and get a degree.”

While at Randolph-Macon, Dunkenberger excelled on the basketball court, earning all-conference and academic all-district recognition. Under then-head coach, Carroll LaHaye, the guard learned not only basketball skills, but also one of the most important life lessons for coaches – how to be an ear for your players.

Dunkenberger recognizes the importance of being a willing listener for her players, whether they come to her with new ideas or struggles they may be facing. She is there ready to listen and show how much she cares. 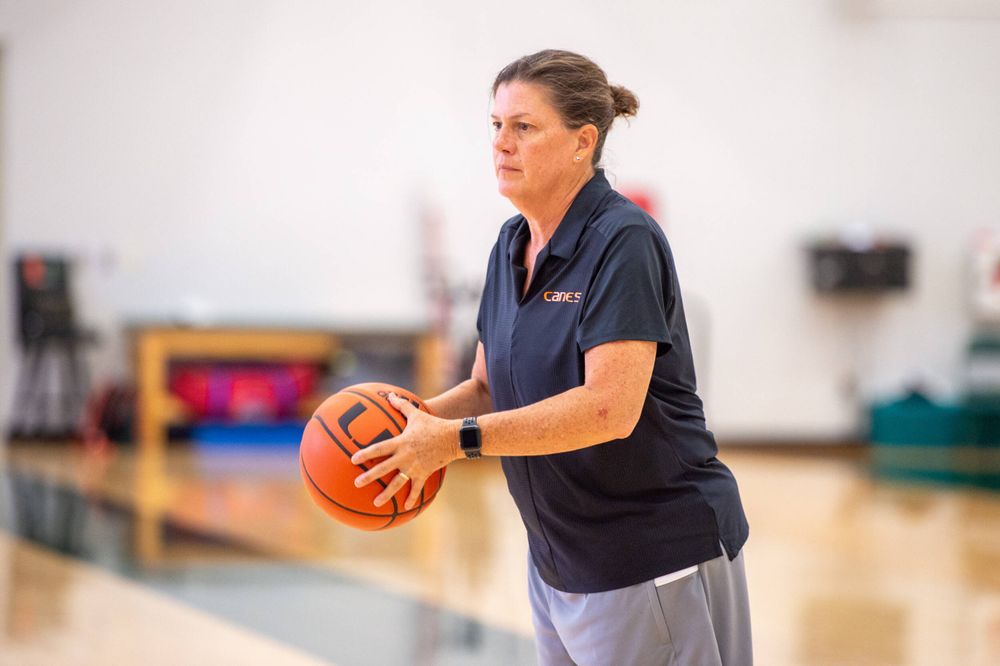 The Virginia native had spent previous summers working basketball camps all up and down the east coast at places like Virginia, North Carolina, and Virginia Tech. One of the camps she worked also happened to be at the University of Tennessee, under the direction of basketball legend Pat Summitt.

“I worked camp Sunday to Friday, but over the course of the weekends in between, I didn’t make a dime,” Dunkenberger said. “Instead, I stepped in and did anything Pat needed done for the weekend. By working for a good 48 hours when nobody was paying me or even watching, I stood out in Pat’s mind.”

So when the University of Florida recruiting assistant coach job came open, Summitt made a phone call and the job was Dunkenberger’s. From Florida, Dunkenberger earned her first head coaching job at Western Carolina and then made her way to the Atlantic Coast Conference as the head coach of the Virginia Tech Hokies in 2004.

And it all started from working a basketball camp.

“The fact that I worked for nothing when nobody made me work was the reason that I got a job in the ACC,” Dunkenberger said. 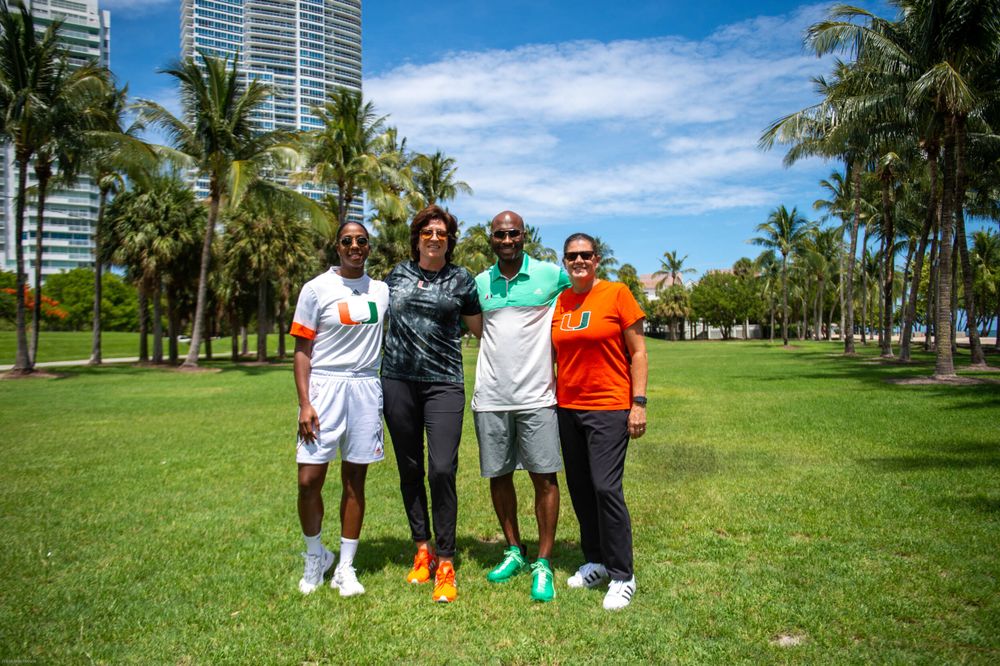 For Dunkenberger, as much as basketball is about the game, it is also about the people and the relationships she has built along the way.

“Watching the players grow, mature and go out into the world and accomplish great things is the most rewarding part of coaching,” Dunkenberger said.

She has had such a resounding influence on her players and staff members that three people have named their kids Beth after her.

“To have that influence where somebody names their child after you, I can’t tell you that there’s a more heart-warming feeling in the world than that,” Dunkenberger said.

Another relationship she has forged over the years is one with Miami women’s basketball head coach Katie Meier.

“When I was an assistant coach at Virginia Tech, we walked into the arena at Tulane for practice and Katie Meier literally skipped across the court and said, ‘Hi, I’m Katie. I hear you’re Beth and I hear you’re lots of fun.’ I said, ‘It’s great to meet you.’ And we’ve been fast friends ever since,” Dunkenberger said.

During the two decades that Dunkenberger has known Meier, she has been a witness to the latter’s genius, her energy and her enthusiasm for basketball and life. It was those traits, in addition to the team and the location, that drew Dunkenberger to the Miami assistant coach job.

“We both get to enjoy our love of the game with a tremendous team and in one of the nicest environments in the world,” Dunkenberger said. “Miami is a trendsetter every step of the way, whether it comes to basketball or life. This is an amazing place and to see the love that the players and the community have for Katie Meier is special. I’m looking forward to seeing how much we can bring this team together and how far we can go.”