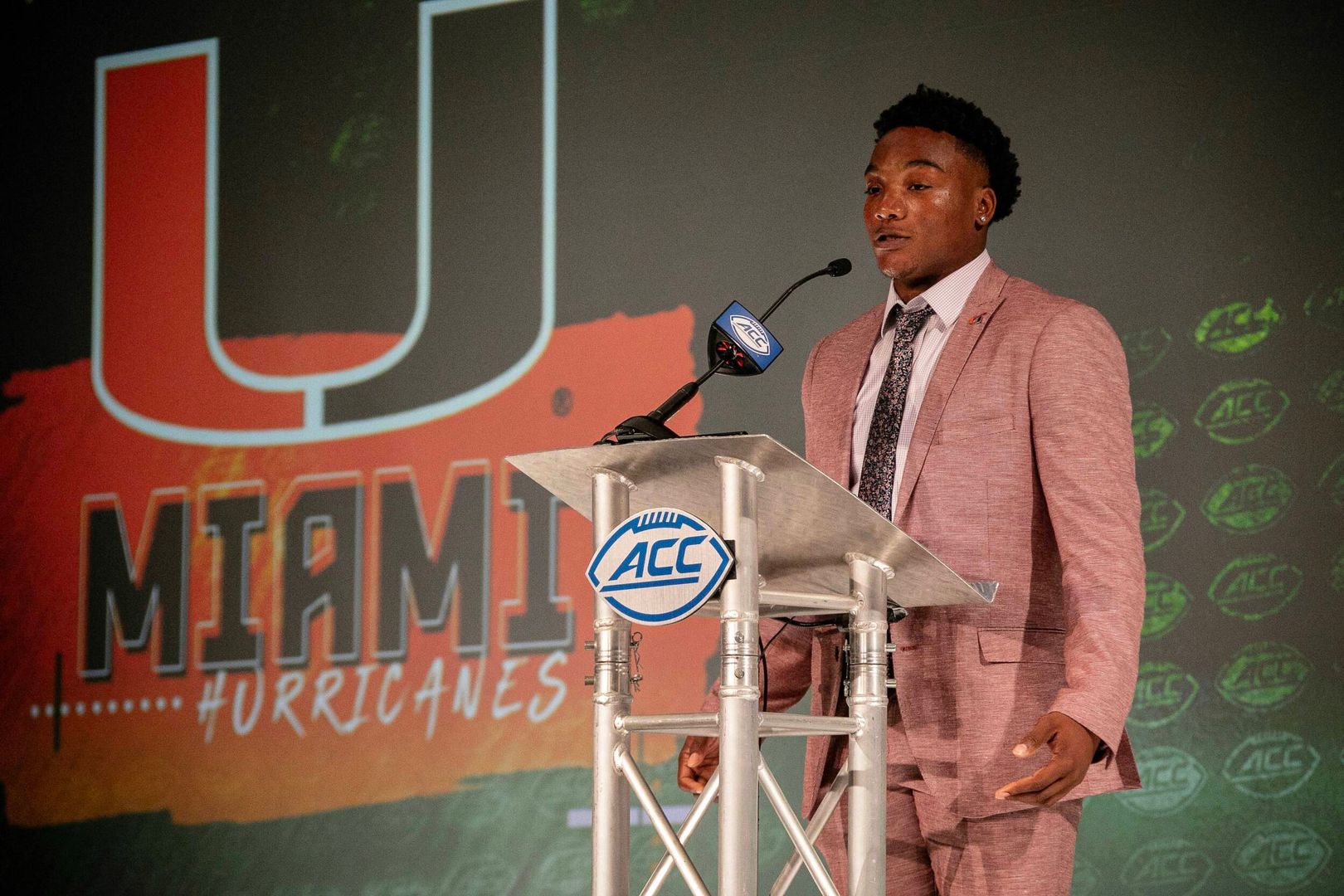 CORAL GABLES, Fla. — University of Miami quarterback D’Eriq King was among the 35 players selected as ones to watch for the 2021 Walter Camp Player of the Year Award, the Walter Camp Football Foundation announced Friday.

King picked up his third honor of the preseason, having already been selected to the watch list for the Maxwell Award, honoring college football’s player of the year, and the Davey O’Brien Award, honoring the nation’s top quarterback.

King is entering his second season as starting quarterback at The U after a standout campaign in 2020. The Manvel, Texas native threw for 2,686 yards and 23 touchdowns compared to just five interceptions, helping guide Miami to an 8-3 overall record and a 7-2 mark in Atlantic Coast Conference play. King, who earned All-ACC Honorable Mention accolades a season ago, set Miami’s single season standard for rushing yards by a quarterback with 538 in 2020.

Walter Camp, “The Father of American football,” first selected an All-America team in 1889. Camp – a former Yale University athlete and football coach – is also credited with developing play from scrimmage, set plays, the numerical assessment of goals and tries and the restriction of play to eleven men per side. The Walter Camp Football Foundation – a New Haven based all-volunteer group – was founded in 1967 to perpetuate the ideals of Camp and to continue the tradition of selecting annually an All-America team.