The University of Miami men’s basketball team will open the tournament with a matchup against Dayton, set for Nov. 25 at noon, live on ESPN or ESPN2.

Following its meeting with the Flyers, Miami will face either Kansas or North Texas the next day in their second outing at either 11 a.m., 1 p.m. or 1:30 p.m., live on ESPN or ESPN 2. Its final game will be Nov. 28 versus Alabama, Belmont, Drake or Iona, with start times and TV designations to be determined. 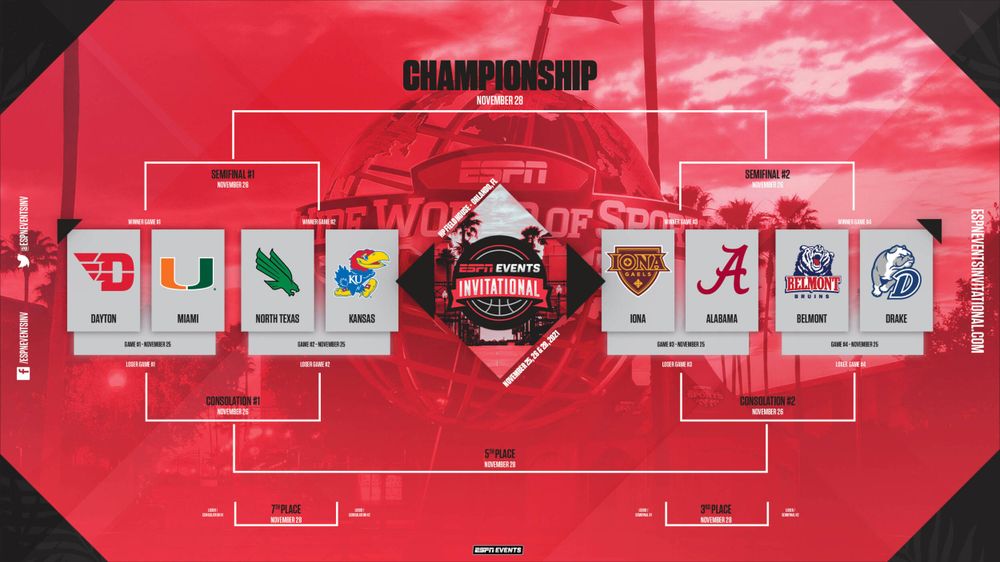 All of the action will take place at the ESPN Wide World of Sports, just outside Orlando, Fla. It will be the second time the Hurricanes play in the tournament, as they also did so in 2016-17.

Additional information on the ESPN Events Invitational can be found HERE on the tournament website. Complete ticket information will be released at a later date.