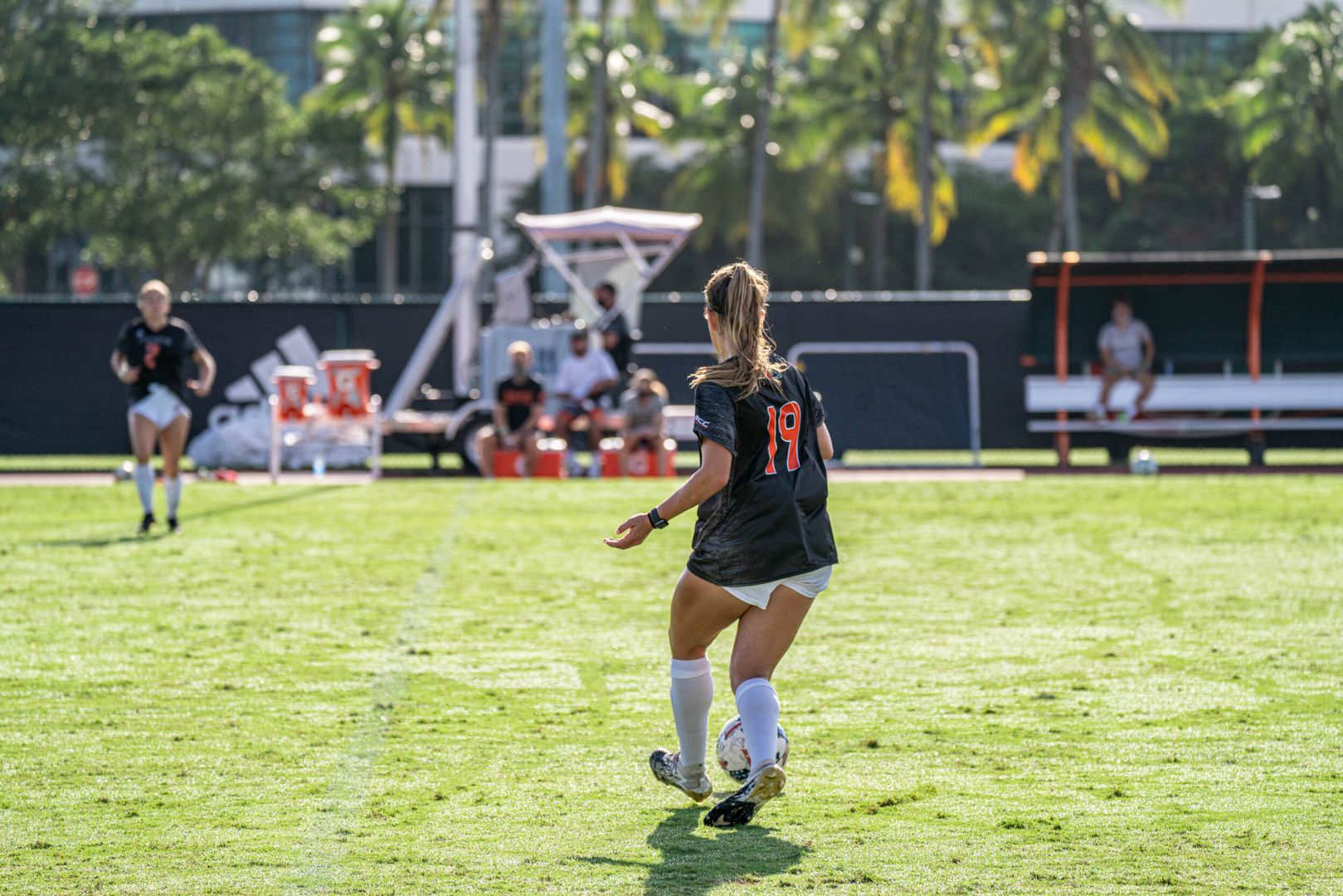 JACKSONVILLE, Fla. – In the first match of the 2020 season, the University of Miami soccer team dropped a 4-0 affair with Clemson Saturday night.

In goal for the Hurricanes, junior Tyler Speaks recorded five saves in the outing.

As both team’s looked to possess the ball early in the match, the first shot came in the ninth minute when the Tiger’s Makenna Morris sent a ball sailing over the cross bar.

Two minutes later, Clemson’s Mariana Speckmaier attempted a header off of a corner, but was denied by Speaks, the junior’s first save of the year.

Speaks prevented a second goal-scoring opportunity by Speckmaier in the 13th minute, as the matched remained scoreless for the next 20 minutes.

In the 33rd minute, Speckmaier found the back of the net off another header attempt, after receiving a cross from Caroline Conti.

At the half, Clemson led 2-0 as Speaks recorded three saves in the frame.

Looking to mount a comeback, Miami received its first shot on goal off a free kick by senior midfielder Michelle Giamportone in the 53rd minute. However, Clemson goalkeeper Hensley Hancuff was able to make the stop.

In the 56th minute, the Tigers extended their lead off a rocket by Renee Guion who sent it into the upper right corner of the net.

Following a 30-minute lightning delay, Clemson struck for a fourth time in the 75th minute off a volley by Samantha Meredith.

Making her collegiate debut at center back, Delaney Brown went wire-to-wire alongside junior defender Selena Fortich, as both played a complete 90-minute match.

Miami will look to regroup before welcoming the Louisville Cardinals to Cobb Stadium Thursday at 7 p.m., for its ACC season opener. The match will be streamed live on ACC Network Extra.