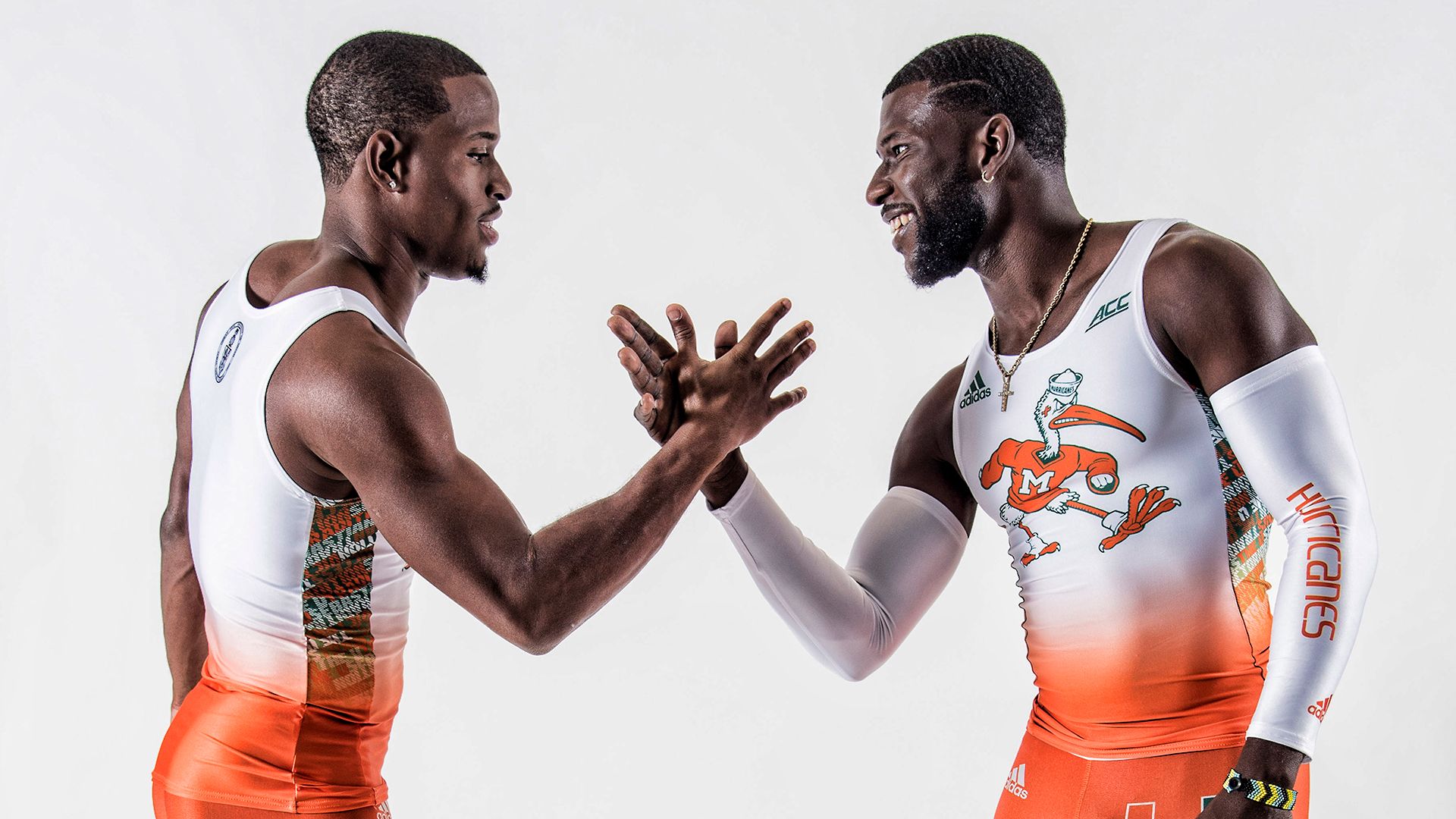 If you’re looking for one, you’ll probably find the other.

You’d think the pair have known each other for years.

Raheem Chambers and Xavier Coakley crossed paths when they were competing as juniors at the CARIFTA Games, an annual competition founded by the Caribbean Free Trade Association, with Chambers competing for Jamaica and Coakley representing the Bahamas. They knew of each other, but that was all it was.

It was years later, when the two wound up as teammates at Auburn University that their friendship blossomed.

Then a sophomore at Auburn, Coakley showed the incoming freshman Chambers the way around. In addition to helping Chambers get acclimated to his new school, Coakley had a car and Chambers recalls Coakley taking him anywhere he needed to go.

They practiced in the same training group and bonded over their similar island cultures, but Chambers said it wasn’t until his sophomore year with the Tigers that the pair’s friendship took off. 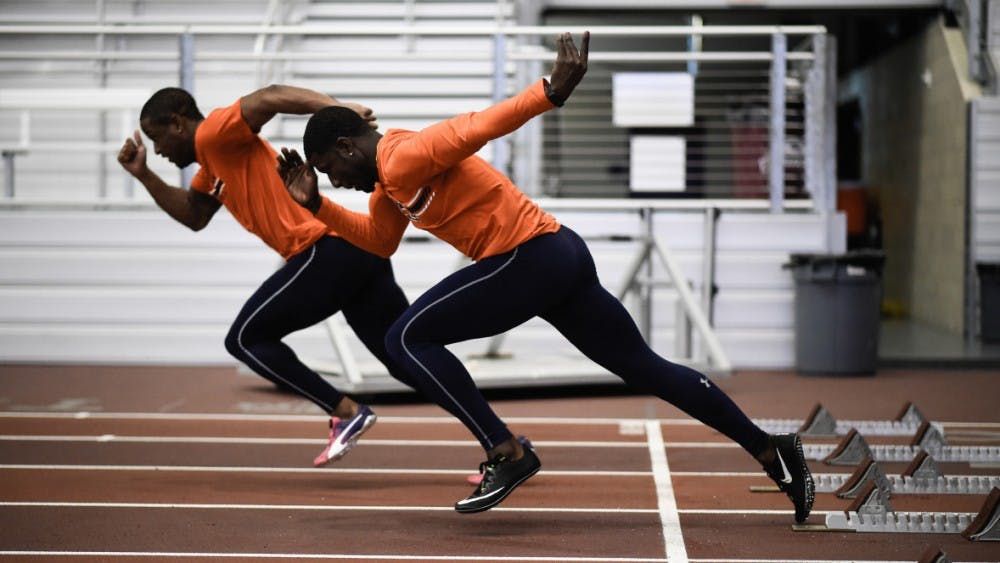 But after that season, Chambers decided to transfer to the University of Miami.

“I left Auburn and took a semester off, but X only had a semester left before he graduated so it was best for him to finish it out,” Chambers said. “I told him Miami was my number one option and I was going to choose Miami and that’s when he was like, ‘Okay’ and both [of us] got on board.”

Coakley finished his degree early at Auburn after being ahead in credits and taking summer classes. When he decided to transfer, it helped having a familiar face at one of his options.

“I wanted to finish my last year with a bang after having a pretty good junior season,” Coakley stated. “I did my homework on coaches that I felt would be able to take me to that level and out of all the coaches that had expressed interest, coach [Amy] Deem was at the top of the list.”

Coakley remembers an instant connection with Miami’s Hall of Fame coach from day one and knew he found the right coach and school. What struck Coakley the most about Deem was that she made sure he was healthy as a person and not just as an athlete. 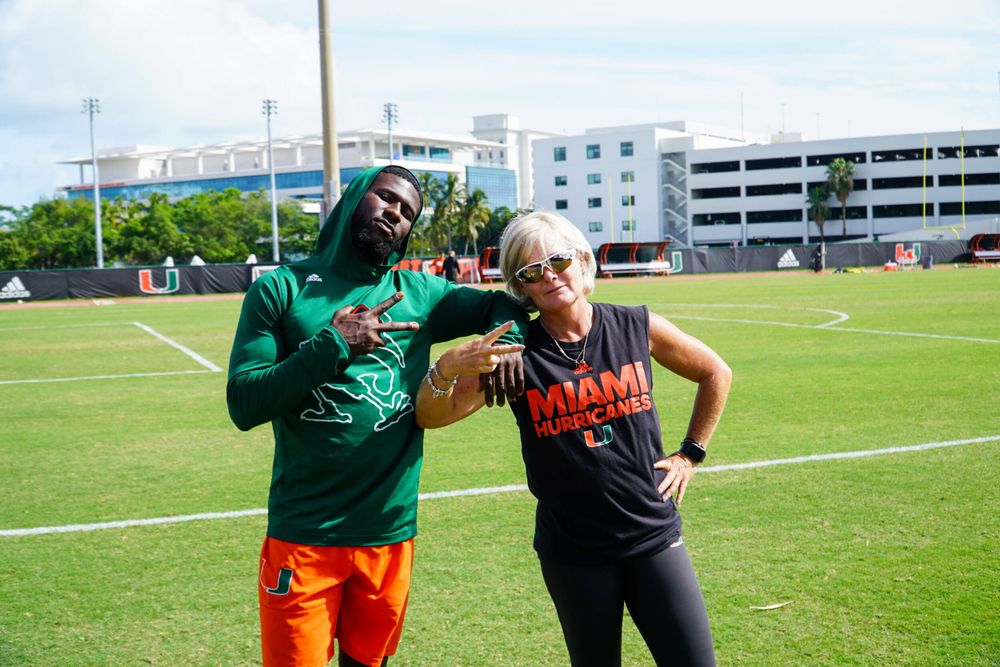 What drew both of the former Tigers to the Hurricanes was not only a coaching staff that always had their athletes’ best interests at heart, but also the vibrant culture of the city of Miami. With the island culture holding such a special place in their hearts, it was a chance for both student-athletes to experience a bit of home while competing.

“The Caribbean culture is authentic. It’s about being around your family and friends having a good time, eating great food, listening to music, whether it be soca, reggae or dance hall,” Coakley said. “Being from the Bahamas, the Caribbean culture is special to me because it’s a part of who I am and gives me a sense of identity.”

All of that was just the icing on the cake for Chambers when he made his decision to transfer. 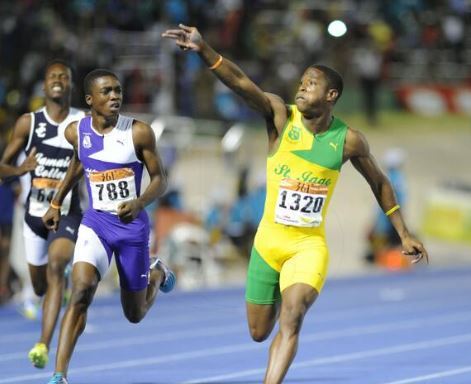 Living together was a no-brainer, a decision the pair agreed to even as Coakley was finishing up at Auburn. Chambers took care of the living arrangements and as soon as the pair were together in the 305, the bond continued to grow and got even stronger.

“We really didn’t know anyone, but we had each other. He took care of the apartment while I was still finishing classes at Auburn and even with that, I feel like it made us closer as teammates and as friends,” Coakley said.

“We got to experience a lot of what Miami had to offer and we did most of it together,” Coakley said. “Miami isn’t like most college places. There is more Caribbean styles, so we got to experience our cultures down here and I think that emphasized how we came together and bonded as friends and teammates.”

It’s evident to everyone on the Miami track and field team how close the two are. Chambers’ sprints coach, Diego Flaquer — who also spent time working at Auburn — says the duo’s drive and experiences are what bring the pair together.

Deem also stated that the pair’s bond has strengthened during their time at Auburn and now at Miami.

“They share a positive outlook on life and are grounded by their love of family, friends and track and field,” Deem shared. “They have a great energy about them and I feel they bring the best out of the people around them and each other.” 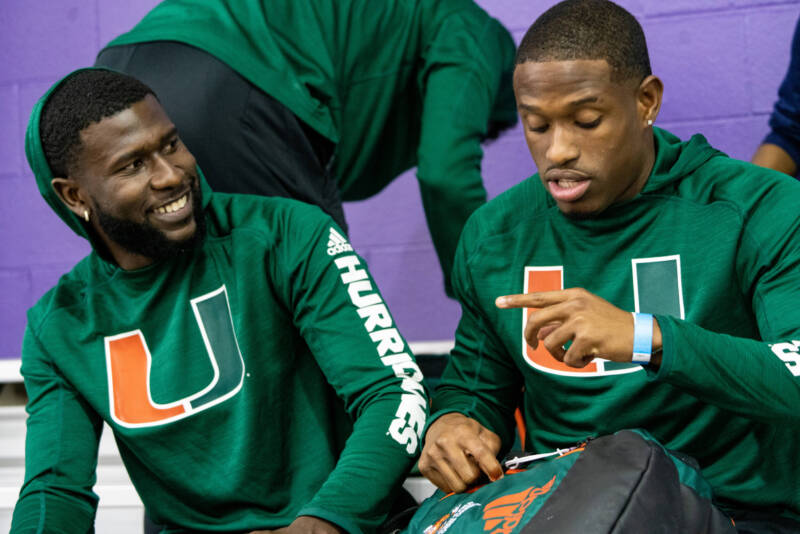 Both Chambers and Coakley agree that they are leaders, but they acknowledge very different style of leadership.

Coakley was quick to respond that Chambers was a leader for the young men’s track and field squad, but not as vocally as he might be. He describes Chambers as an ‘actions speak louder than words’ type of leadership.

“He’ll talk to you, but he’s going to act upon it before he even tries to say anything,” Coakley said. “His success is something I expected. Raheem’s been a really talented athlete since high school, coming out of it running a 10.20 (100m) as a 16/17 year-old is crazy. I expected him to reach these accolades because when he left Auburn he was doing pretty good, too.”

It is Coakley who is the more vocal leader of the two. Despite being injured during his first season as a Cane, the hurdler is always on the track holding everyone accountable and trying to help his teammates grow and get better.

“He brings leadership to this team,” Chambers said. “He brings a different dynamic to the team that we have never seen before in terms of when it’s work, it’s work. I admire his leadership, his dedication and his discipline.”

Coakley was just hitting his stride again before COVID-19 hit the United States. After having some of his best workouts with Deem and feeling healthy again, he was ready to show out in his Canes uniform like his teammate had.

“Xavier challenges me to be a better coach every day. He asks great questions and is always trying to learn and improve,” Deem said. “He’ll be an excellent coach one day.”

While Coakley was excited to showcase his talents, Chambers was ready to see his friend compete again.

“When he’s healthy, he can do incredible stuff on the track. He’s a very talented guy and he still motivates me, still motivates other teammates and is always there for the other guys,” Chambers said. “I don’t expect nothing less than greatness for X because he really works hard. We’ll hold each other accountable and hopefully we both can achieve and reach our goals together.”

The two have had different experiences on the track, but, overall, they both agree that Miami was the right spot for them. The coaches’ level of support for them has been their biggest praise since arriving and the honesty and warm welcoming they have both received makes the pair want to succeed that much more.

“The way the coaches have looked out for us to such an extent makes us want to give our all and best to represent the school and our coach,” Coakley stated. 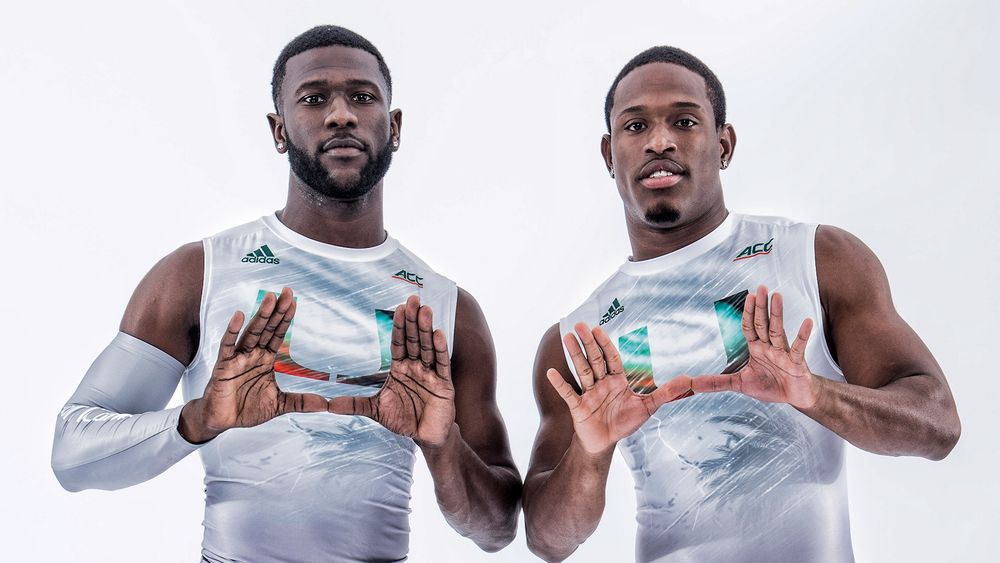 Track is what brought the two together.

But their friendship and respect for each other is what keeps it going.

Each were asked to describe the other in one word, with Chambers saying “Outstanding” and Coakley responding with “Determined”.

It’s safe to say these two will be friends for a long time going forward.