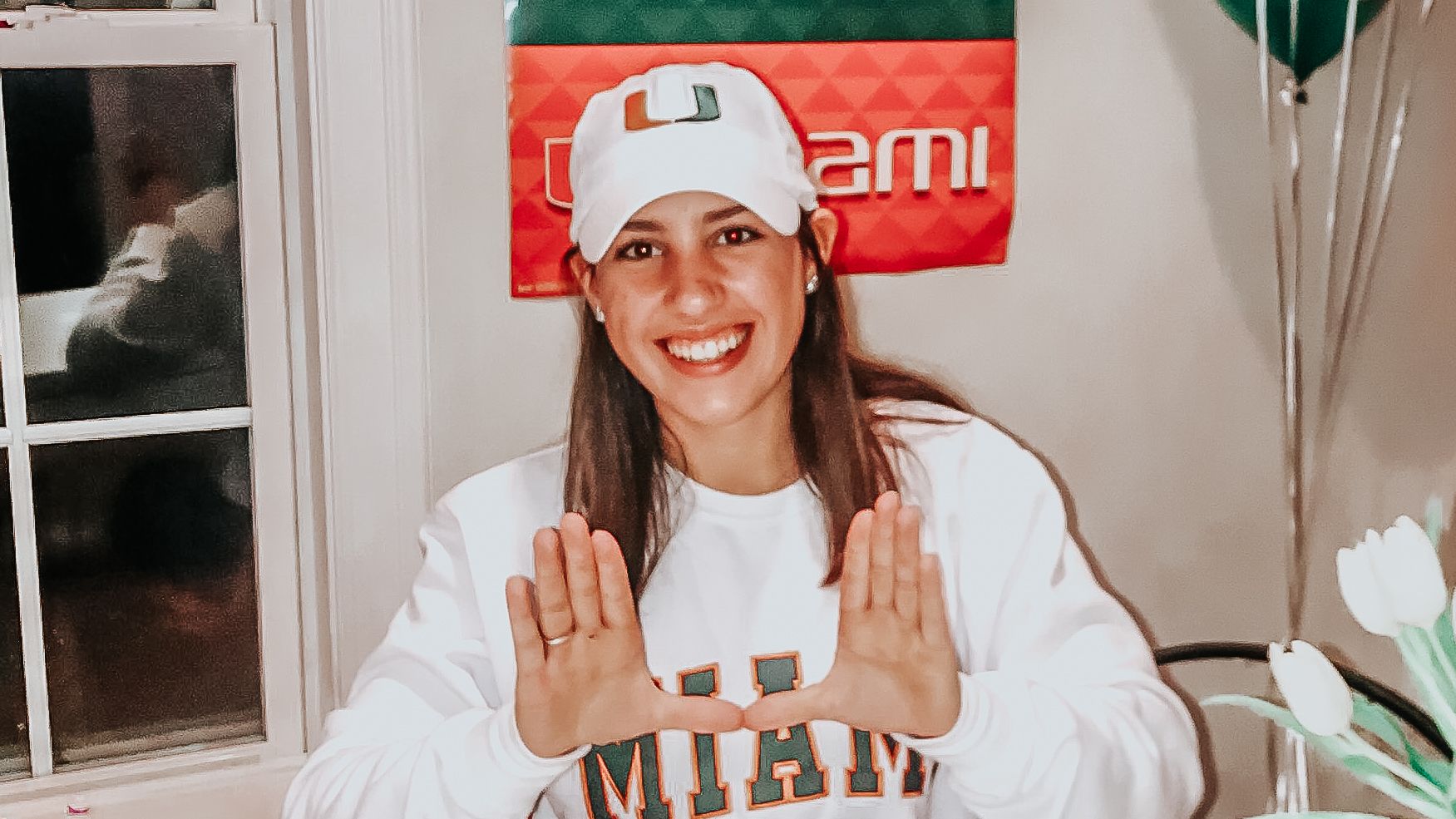 Belloso Eager to Join the Canes

A native of Scarsdale, N.Y., Belloso grew up playing every sport that she could, including running cross country and track. It got to the point that rowing was the one sport that she had not tried.

“After cross country season ended, I heard one of my friends talking about rowing,” Belloso said. “I joined in the middle of winter, on a random day in December, and loved it. As soon as I sat on the erg, I thought ‘okay, I can do this.’”

The competitiveness and the team dynamic are what initially drew Belloso to the sport. On the water, the athletes in each boat are competing against one another, but at the same time they are working towards the same goal-helping their team to a first-place finish.

In addition to the synchronicity required among teammates, a special bond develops through all of the early mornings and late nights spent together.

“Rowing is the one sport that you have to do all season,” Belloso said. “You can’t skip a day. Knowing that someone else is going through that with you and understands what you are going through creates lasting friendships.”

All of that hard work came to fruition for Belloso at the Club National Championships in 2019 where her pair took home a fifth-place finish. Belloso and her best friend on the team had rowed together all summer but, as two of the smallest girls on the team, were not predicted to finish very high.

“No one thought that we would do anything, but when we were able to place fifth against a lot of big teams, we were really proud,” Belloso said.

Thanks to the success of her rowing club, Belloso has been surrounded with teammates that have gone on to row collegiately. Because of this, the freshman always had her sights set on rowing in college.

Choosing the University of Miami was a natural decision for Belloso because of the proximity to her extended family that lives in Miami. However, it wasn’t until she stepped foot on the campus that Belloso’s mind was made up.

“On my visit, I fell in love with the campus,” Belloso said. “I did more research and decided this is the school for me.”

On the water, Belloso brings hard work and passion to the Canes.

“Veronica has consistently placed in the top spots at the national championships during her high school career,” assistant coach Claire Frenkel said. “She is very hardworking and strives to be the best.”

Originally from Venezuela, Belloso speaks both English and Spanish and is looking forward to surrounding herself with the Hispanic and Latinx culture.

While at UM, Belloso plans to major in health sciences with the goal of becoming a sports nutritionist upon graduation.