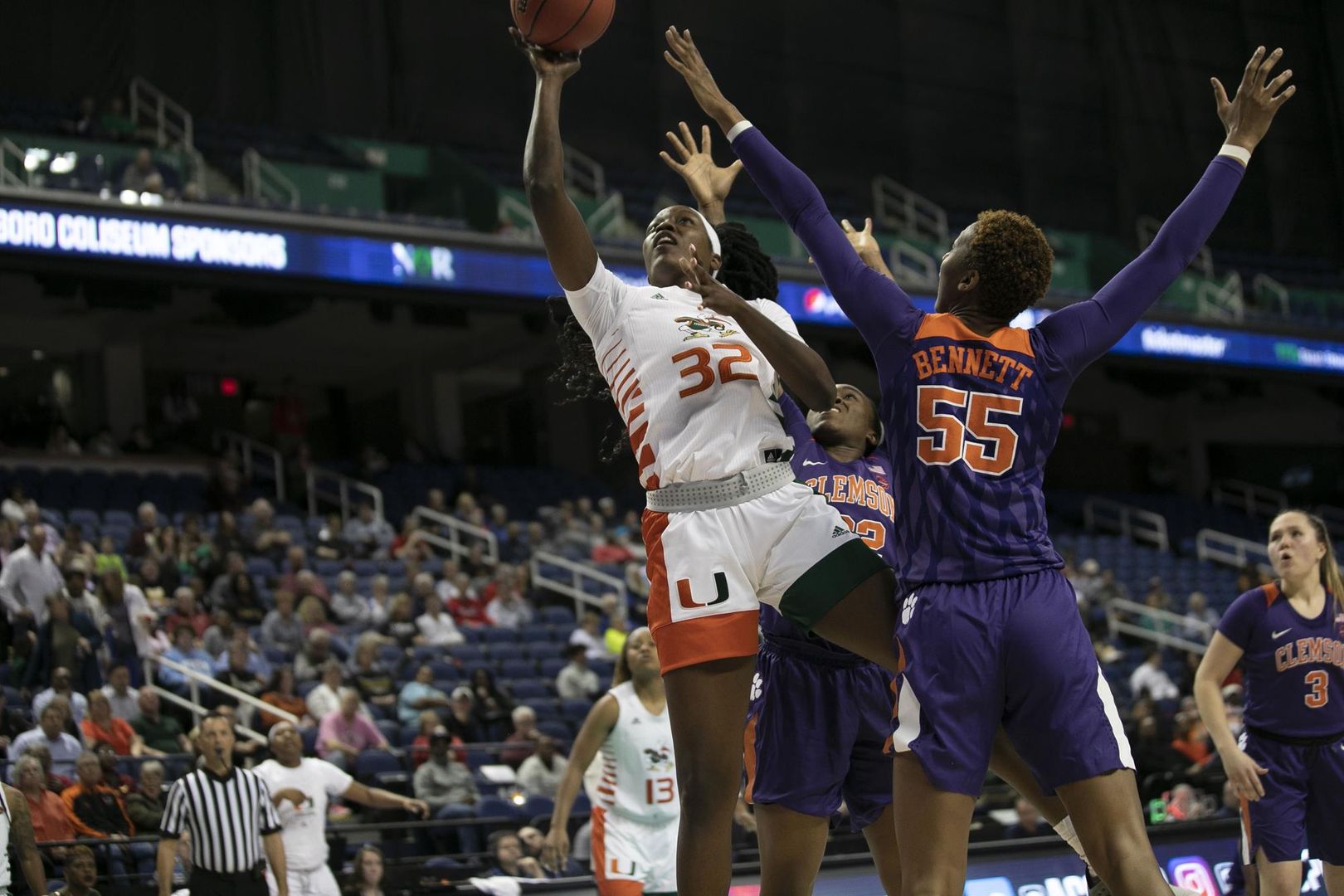 “You have to give a lot of credit to Clemson, its percentages were incredible and Kobi [Thornton] was really special,” head coach Katie Meier said. “The three-ball has been our friend in February, but they weren’t going in tonight.”

Redshirt senior Beatrice Mompremier paced the Canes in scoring, putting up 23 points in the contest, including 15 in the second half alone. Redshirt sophomore forward Destiny Harden set a new career high in rebounds, hauling in eight boards to co-lead the Canes on the glass.

“Beatrice didn’t have to come back and play,” Meier said. “But she loves this team and this game. She has a lot of basketball ahead of her.”

The teams traded baskets in the early goings of the game, but Clemson put together an 8-2 run midway through the first quarter to take a 10-point lead after 10 minutes of action.

Miami responded in the second quarter, making five straight defensive stops to hold the Tigers to 12 points. The Canes not only outscored Clemson, pouring in 18 points, but also outrebounded the Tigers, 11-7. Clawing their way back, the Canes headed into the locker room down by four, 37-33.

The Canes embarked on an 8-2 run coming out of halftime to take their first lead of the game, 41-39, but the Tigers responded with a 14-3 run of their own to take a double-digit lead into the final frame. Clemson maintained its lead for the remainder of the game, taking the 71-56 victory into the second round of the ACC Tournament.