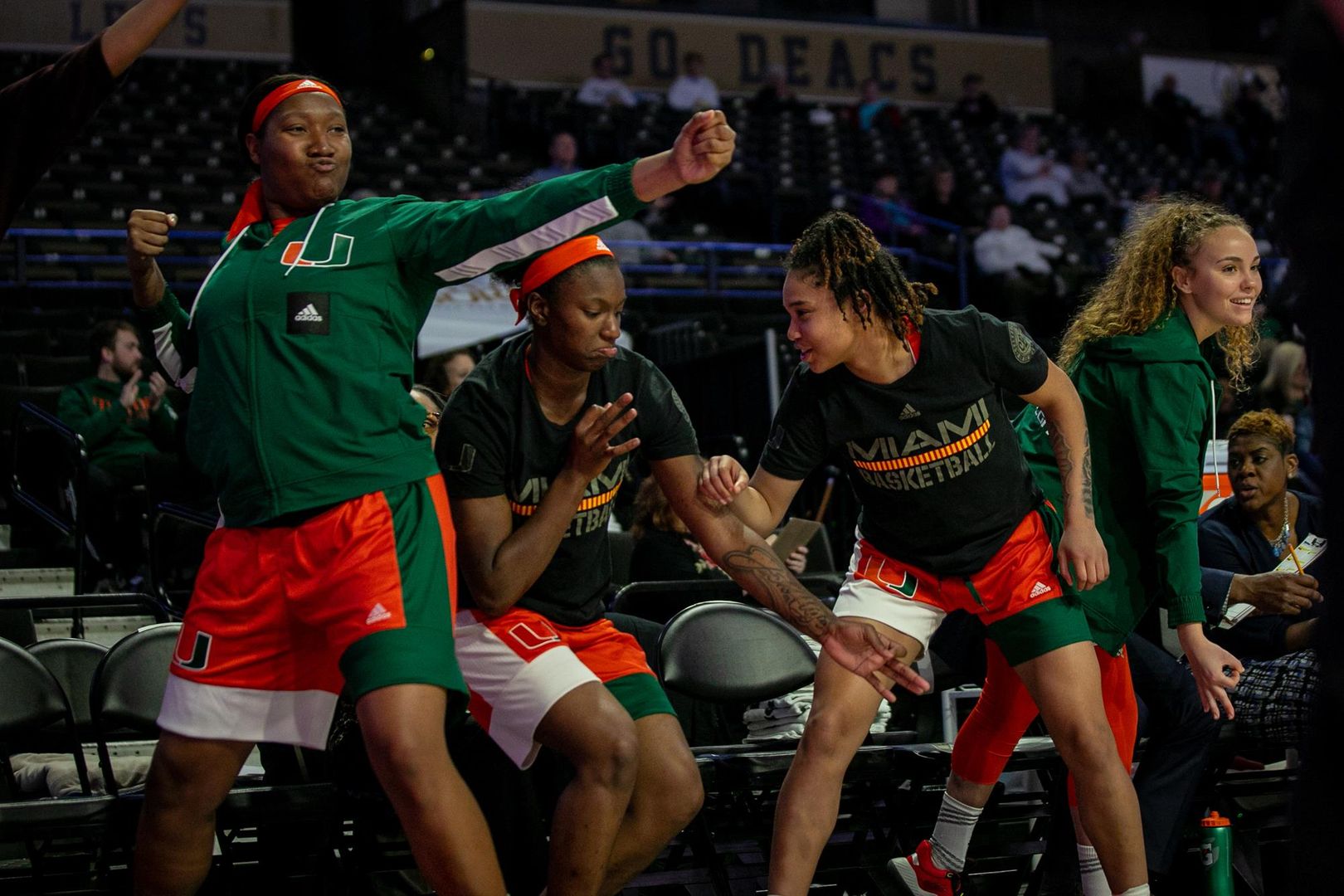 “We started the game really sharp and it was all Endia Banks; she was directing traffic, keeping the pace up and she had a really phenomenal game,” head coach Katie Meier said. “”The rest of the story was Beatrice Mompremier and Brianna Jackson taking care of the paint and Kelsey Marshall taking care of business on her open looks.”

In her second game back from injury, Mompremier recorded her eighth double-double of the season, tallying 23 points and 10 rebounds, in just 23 minutes of action. The forward was 8-of-10 from the field and knocked down 77 percent of her free throws.

Marshall and Jackson joined Mompremier in double-figures, pouring in 18 and 12 points, respectively. Marshall recorded six threes on the evening, marking her fourth game with five-plus 3-pointers this season.

Miami opened the first quarter on a mission, embarking on a 13-2 run in the first three minutes of action. The Demon Deacons edged their way back into the game, scoring the final five points of the quarter to make it a 22-16 Miami lead at the end of one.

Wake Forest dominated the second quarter, posting a 13-2 run of its own to take a 31-26 lead with 3:36 to play before halftime. Miami responded with back-to-back buckets to cut the lead to three heading into the locker room. Both teams shot better than 50 percent from the field in the first half.

It was all Canes coming out of halftime as Miami outscored Wake Forest, 26-11, in the third frame. Mompremier scored nine of her 23 points in the third, in addition to hauling in five rebounds.

The teams traded baskets throughout the fourth quarter but Miami dominated the paint, recording four second-chance buckets, with Mompremier and Jackson tallying two apiece. A pair of 3-pointers by Marshall solidified the victory for the Canes, moving them to 6-11 in ACC play this season.

Miami returns home for the final regular season game at the Watsco Center, taking on Pitt at 3 p.m. on Sunday. The game is set to air on ACC Network Extra.

Single-game tickets for the final home game of the regular season start at $5 and can be purchased online HERE or by calling the ticket office at 1-800-GO-CANES.