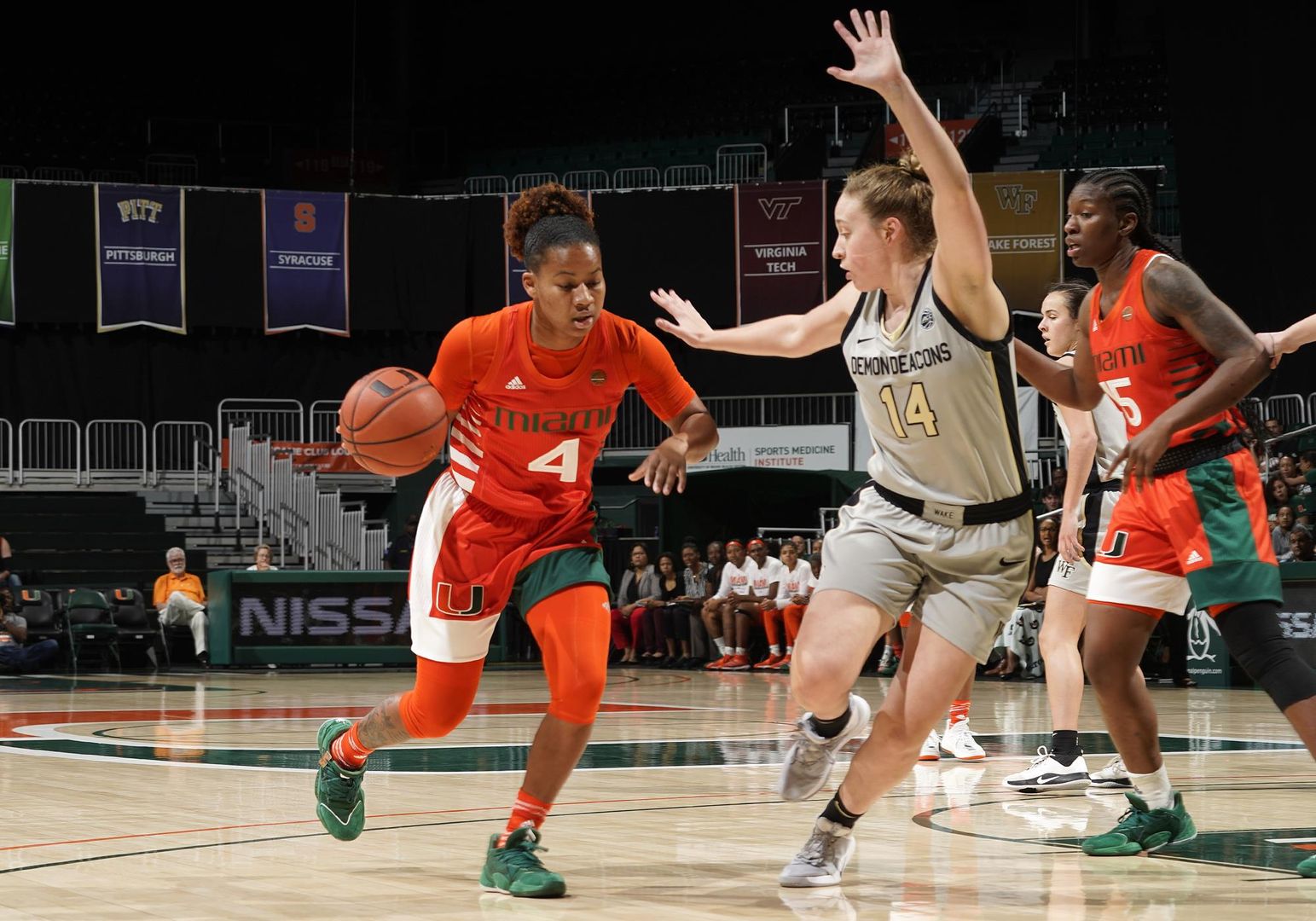 CORAL GABLES, Fla. – The Miami women’s basketball team is headed to Winston-Salem, N.C., to take on the Wake Forest Demon Deacons in the Canes’ final road contest of the regular season. The game will air on ACC Network Extra with tipoff set for 7 p.m. Fans can also listen to the game on WVUM 90.5.

This will be the 23rd overall meeting between the two schools with Miami holding a 13-9 edge over the Demon Deacons. When playing in Winston-Salem, the Canes boast a 5-3 record and they have not lost a game at Wake Forest since the 2015 season.

The Canes took the first game of the season, a 59-56 victory in Coral Gables. Beatrice Mompremier tallied a double-double (15 points, 12 rebounds), while Mykea Gray paced all scorers with 17 points.

Miami dropped a tough road contest at Boston College on Sunday, falling to the Eagles, 75-64. Three Canes recorded double-figure outings on the afternoon, paced by junior Taylor Mason and redshirt senior Beatrice Mompremier who each finished the game with 15 points. Junior Kelsey Marshall tallied 13 points of her own to go along with two rebounds and two assists.

The Demon Deacons currently sit right at .500 on the season, holding a 14-14 mark. Wake Forest is 7-10 in conference play this season, recording six more victories than their 1-15 record in ACC action a season ago. When playing at home, the Demon Deacons are 9-5.

After missing the last 13 games due to injury, redshirt senior Beatrice Mompremier took the court for the first time on Sunday against Boston College. The forward is averaging 13.0 points and 8.7 rebounds in conference play this season. She was named a top 10 candidate for the 2020 Lisa Leslie Award, which recognizes the nation’s top center.