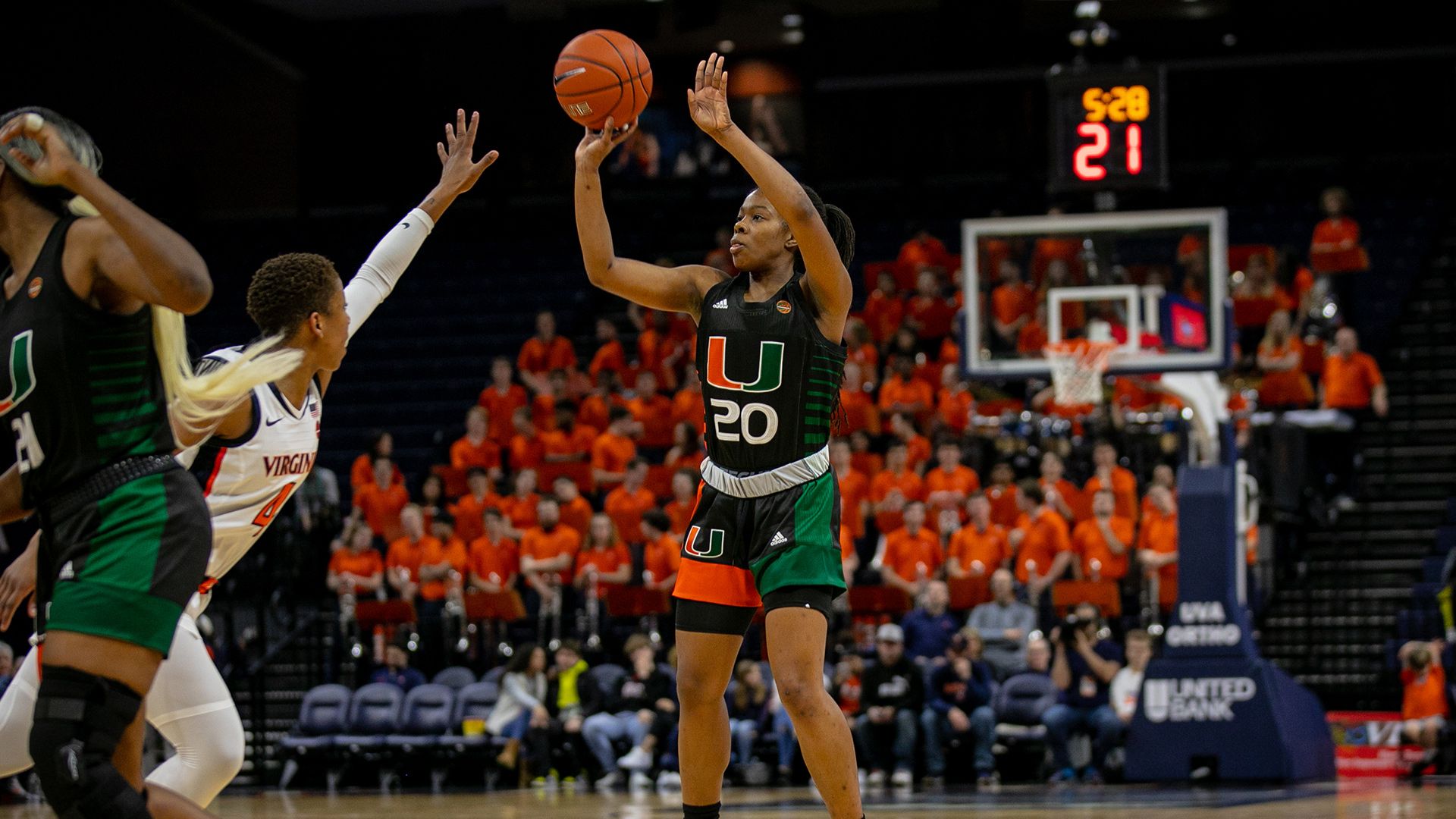 Junior Kelsey Marshall set new career highs in both scoring (25) and 3-pointers made (seven), pacing the Canes on offense against the Cavs.

The Canes got off to a hot start, shooting 57 percent from the field in the first quarter. Miami knocked down 4-of-9 shots from beyond the arc to take a 25-11 lead at the end of the frame.

Miami continued to dominate in the second, knocking down five straight threes to extend the lead to 20. Seven different Canes tallied a bucket in the first half, including 13 points from the bench. Marshall recorded six of her seven threes in the first 20 minutes of action.

Virginia battled its way back into the game in the third quarter, outscoring the Canes 24-12 to make it a six-point game heading into the final 10 minutes. Miami shot 60 percent from beyond the 3-point arc, but sent the Cavs to the free throw line five times, who shot a perfect 10-of-10 from the charity stripe in the third frame.

The Cavs shot 70 percent in the fourth quarter and took their first lead of the second half at the 1:46 mark. Kenza Salgues knocked down a crucial 3-pointer with 23 seconds to go in the game, pulling the Canes to within three, but Virginia, who finished 22-of-24 from the free throw line, held on to take the win.

The Canes remain on the road on Sunday, taking on the Clemson Tigers at 2 p.m. in Clemson, S.C. Tipoff is set for 1 p.m. and the game will air on ACC Network.