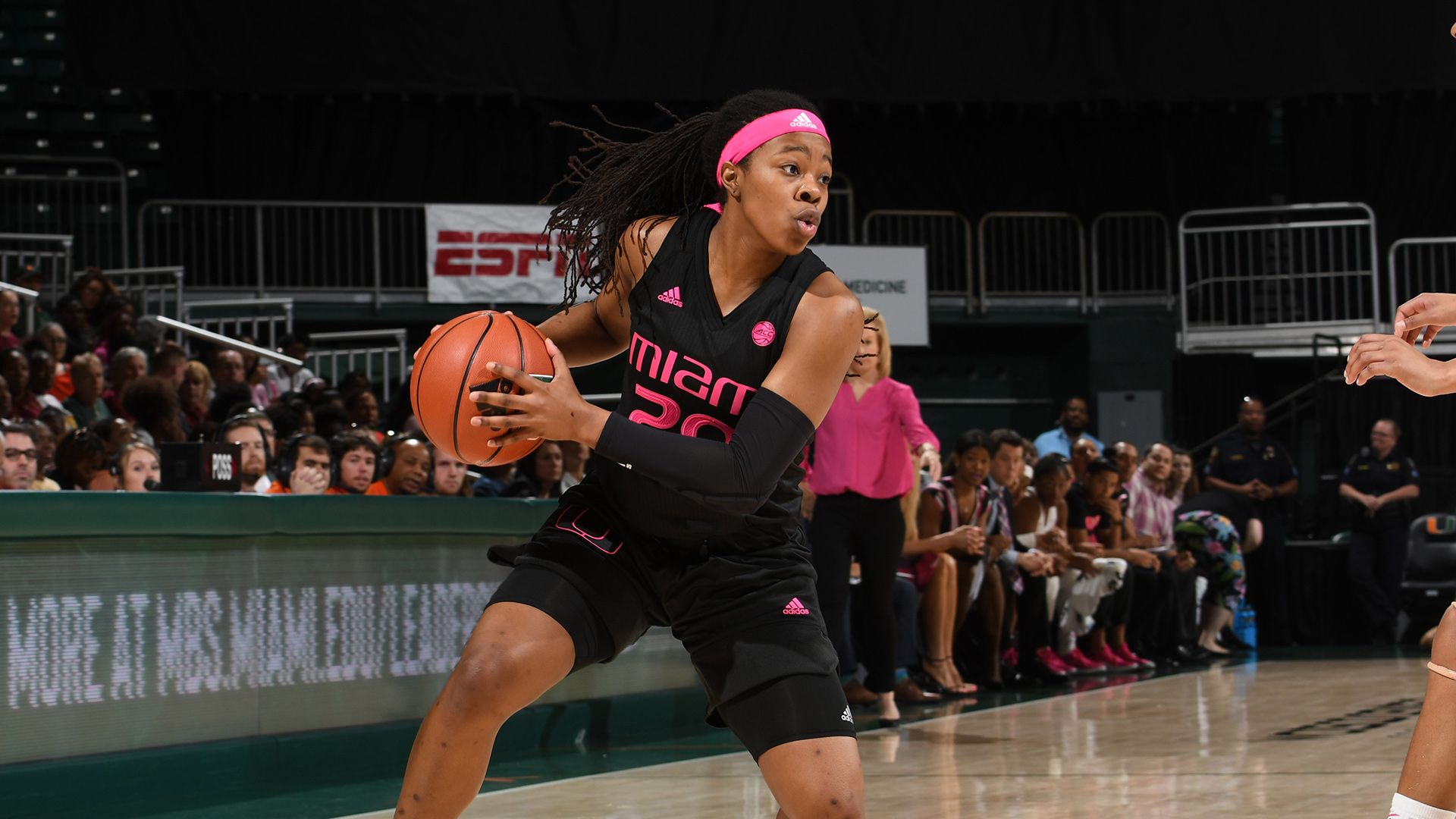 CORAL GABLES, Fla. – The Miami women’s basketball team (12-10, 4-7 ACC) returns to the Watsco Center on Sunday fresh off a bye and ready to face the Duke Blue Devils (12-10, 6-5 ACC). Tipoff is set for 2 p.m. and the game will air on ACC Network with Jenn Hildreth and LaChina Robinson on the call. Fans can also listen to the game on WVUM 90.5.

The Blue Devils lead the all-time series between Miami and Duke, 14-4. However, the Canes have won three of the last five meetings including two straight wins entering Sunday’s contest. Three of Miami’s four wins against the Blue Devils come inside the friendly confines of the Watsco Center.

Miami looks to rebound after falling to Virginia Tech, 69-45, Sunday afternoon at Cassell Coliseum. Redshirt sophomore Destiny Harden led the Canes in scoring with 13 points in the game, setting a new career-high.

The Blue Devils have been up-and-down over the last few games, posting a 3-2 record in the past five contests. Duke sits at 12-10 overall and 6-5 in ACC play this season. The Blue Devils hit a five-game skid in late December, but rebounded to win four of the next five games.

One of the all-time greats in Duke history, Katie Meier spent five years as a Blue Devil from 1985-1990. Meier’s name is all over the Duke record books. A Blue Devil legend, the Wheaton, Ill. native was the fourth fastest player to 1,000 points (62 games) and ranks seventh all-time in scoring (1,761 points).

The Canes are playing in their annual Pink Game on Sunday. Miami partners with the Sylvester Comprehensive Cancer Center to not only raise awareness, but also honor all those affected by breast cancer. Freshman Brianna Jackson plays Sunday’s game for her grandmother who fought and beat breast cancer.