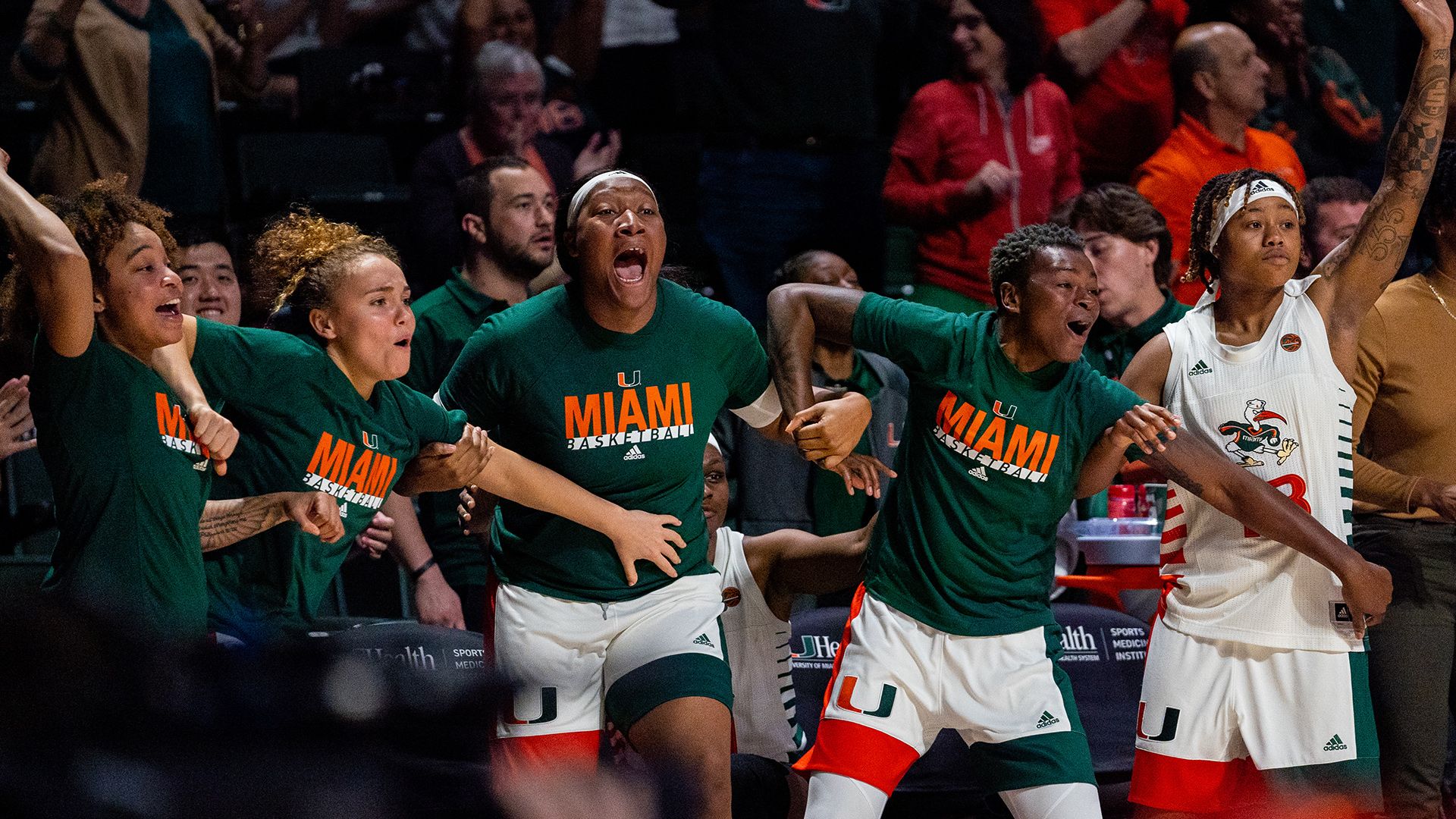 “Within three minutes of the third quarter, I knew that we were going to win this game,” head coach Katie Meier said. “I saw a complete change in my team. To be down 18 at halftime, having scored only 14 points in the first 20 minutes, and to still rise to the challenge was incredible.”

Junior Mykea Gray led all scorers with 16 points on the night, while sophomore Jamir Huston paced the Canes in rebounds with 10. Junior Endia Banks played 41 minutes for the Canes in the overtime victory, tallying nine points and seven rebounds, in addition to sinking the game-tying basket.

“The junior class, who has had so much on them this year, had an incredible performance,” Meier said. “We had to shrink our bench and Taylor Mason really came through for us as we could only really play six players in the second half.”

The Canes and the Yellow Jackets traded the lead throughout the first quarter but Georgia Tech closed the frame on a 10-0 run to take a 14-8 lead at the end of 10. The Yellow Jackets continued to roll in the second, outscoring Miami, 18-6, to take an 18-point lead into halftime.

A different team came out of the locker room for Miami as the team locked down on defense in the third, recording nine straight defensive stops to start the quarter. The Canes outscored the Yellow Jackets 14-4 in the third to pull to within eight with 10 minutes to go.

The Miami comeback continued as the Canes battled their way through the fourth quarter, eventually cutting the Georgia Tech lead to two with 2:20 to go in regulation. Despite a couple of misses by Miami, the home team locked down on defense to get the ball back with 16 seconds left in the game.

With the game on the line, Banks rose up over her defender and knocked down a mid-range jumper to tie the game at 44-44 with six seconds left on the clock. Another stop on defense by the Canes sent the game to overtime.

The Yellow Jackets started the overtime period on a 5-0 run but Miami knocked down 4-of-6 free throws to cut the lead to one. Gray followed up the free throws with a crucial jumper at the 2:24 mark to put the Canes ahead, 50-49. Four more made free throws by the junior solidified the victory for the Canes.

“Whatever happens with this team this season, this moment right here was a lesson of just playing harder than the other team and staying faithful,” Meier said. “I am so happy for them because this season hasn’t been easy but they’ve continued to put in the effort and the work.”

Miami is looking for its first true road win of the season on Sunday when it takes on the Virginia Tech Hokies in Blacksburg, Va. Tipoff is set for 2 p.m. and the game can be streamed on ACC Network Extra.