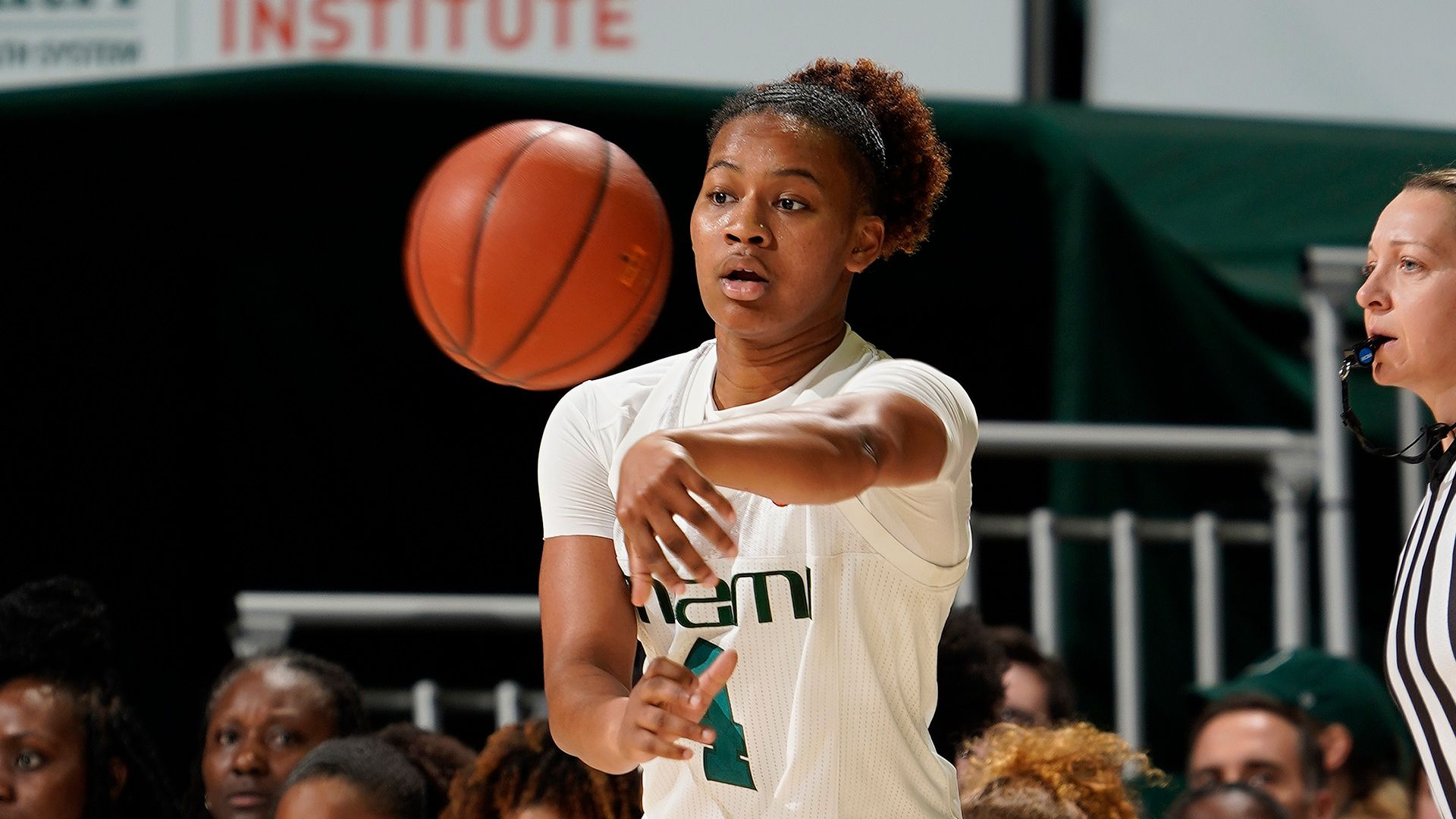 Canes Close Out January At Home

CORAL GABLES, Fla. – The Miami women’s basketball team (11-9, 3-6) is set to host the Georgia Tech Yellow Jackets (14-6, 5-4) for the second game of their home-and-home series this season. Tipoff at the Watsco Center is slated for 6 p.m. and the game will air on ACC Network with Jenn Hildreth and LaChina Robinson on the call. Fans can also listen to the game on WVUM 90.5.

Junior Mykea Gray has played especially well against Georgia Tech in past games, averaging 15.4 points and 2.3 rebounds per game. She is shooting 50 percent from 3-point range against the Yellow Jackets, pouring in 3.0 threes per game.

Playing without redshirt senior Beatrice Mompremier, the Canes fell short of No. 14 Florida State, 79-61, on Sunday. Junior Kelsey Marshall paced the Canes in scoring for the second straight game, notching 21 points on 8-of-18 shooting. Redshirt sophomore Destiny Harden led the team in rebounding with six boards on the afternoon.

Marshall has posted 20-point efforts in back-to-back games with 22 points against Clemson and 21 points at Florida State. Marshall looks to become the first Cane since the 2013-14 season (Caprice Dennis) to record three straight 20-point games. The Davie, Fla., native has knocked down five threes in both games and is shooting 53.3 percent from the field over the last two games.

Georgia Tech enters Thursday’s game at 14-6 overall and 5-4 in ACC play. After starting conference play 5-1, the Yellow Jackets have been tagged with three straight losses. All three losses were single digit defeats, including an overtime setback against North Carolina.