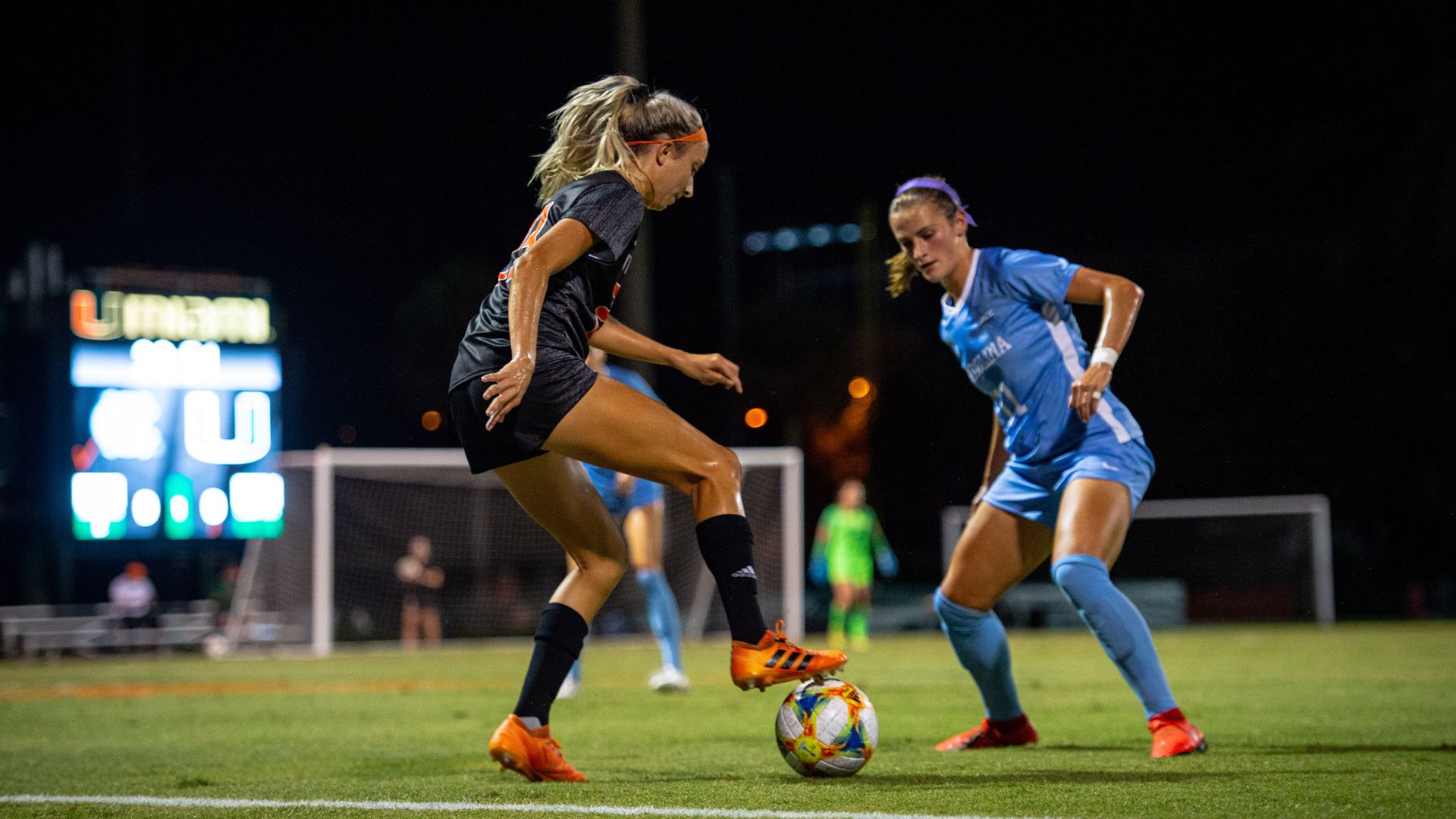 “It’s always wonderful to see a student-athlete recognized for her efforts on and off the field,” Miami soccer head coach Sarah Barnes said. “Tia has high standards and pushes herself to be the best she can be, so this is a well-deserved honor.”

A junior forward for the Canes, Dupont is currently pursuing a bachelor’s degree in both marketing and management. In addition, the Sicklerville, N.J., native has been an active member of Miami’s Student-Athlete Advisory Committee (SAAC), most recently taking on the role of secretary on the committee’s executive board.

On the pitch, Dupont led the Canes in all three scoring categories, notching 13 points, four goals and five assists in the fall. Earning the start in all 16 matches in 2019, the junior registered 15 shots and 10 shots on goal for an efficient .667 shot on goal percentage. Overall, since arriving on campus for her freshman campaign in 2017, Dupont has played in 47 matches, earned 27 starts and has tallied five goals, seven assists and 17 points.