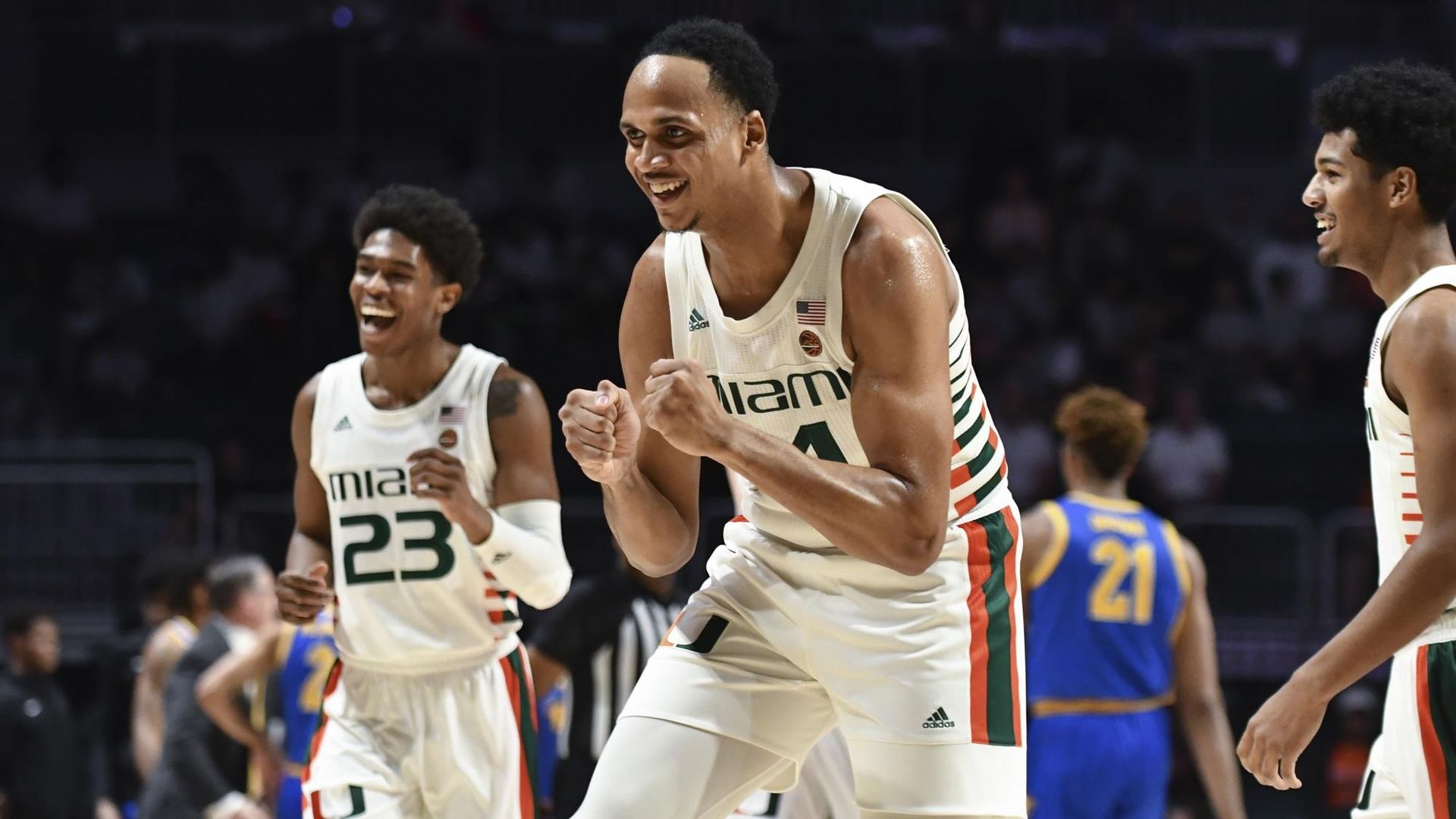 The game will be televised live on ESPN HERE, with Rece Davis, Dick Vitale and Brooke Wesibrod on the call. Joe Zagacki will have the radio broadcast on 560 The Joe WQAM HERE, while action can also be heard on WVUM 90.5 FM HERE. Live stats for the contest can be found HERE.

Miami is 7-21 all-time versus Duke, including 2-10 on the road and 5-6 ninth-year head coach Jim Larrañaga. The Hurricanes are one of three teams with at least five wins against the Blue Devils since 2011-12, Coach L’s first year, and one of three with multiple road wins in that stretch.

This is the second meeting of the year between the two sides, with then-second-ranked Duke notching a 95-62 road win Jan. 4, in the contest that started Miami’s aforementioned six-game gauntlet.

The Hurricanes dropped an 83-79 overtime decision to ninth-ranked Florida State Saturday afternoon at the Watsco Center in their last outing. Miami led by nine, 65-56, with 4:34 left in regulation and by three with 41 ticks on the clock, but the Seminoles forced an extra session and then came away with the victory.

Duke is 15-3 (5-2 ACC) on the season, but is coming off consecutive losses for the first time since February 2018. Freshman center Vernon Carey, Jr., is the team’s leader in both points and rebounds per game, averaging 17.3 and 8.4, respectively.

The Blue Devils compiled a 32-6 (14-4) record in 2018-19, advancing to the NCAA Elite Eight for the second straight year, and entered this year as the preseason pick to win the ACC.

After squaring off with the Blue Devils, Miami has another matchup on Tobacco Road, as it then faces North Carolina Saturday at noon, live on a to-be-determined channel from the Dean E. Smith Center in Chapel Hill, N.C.