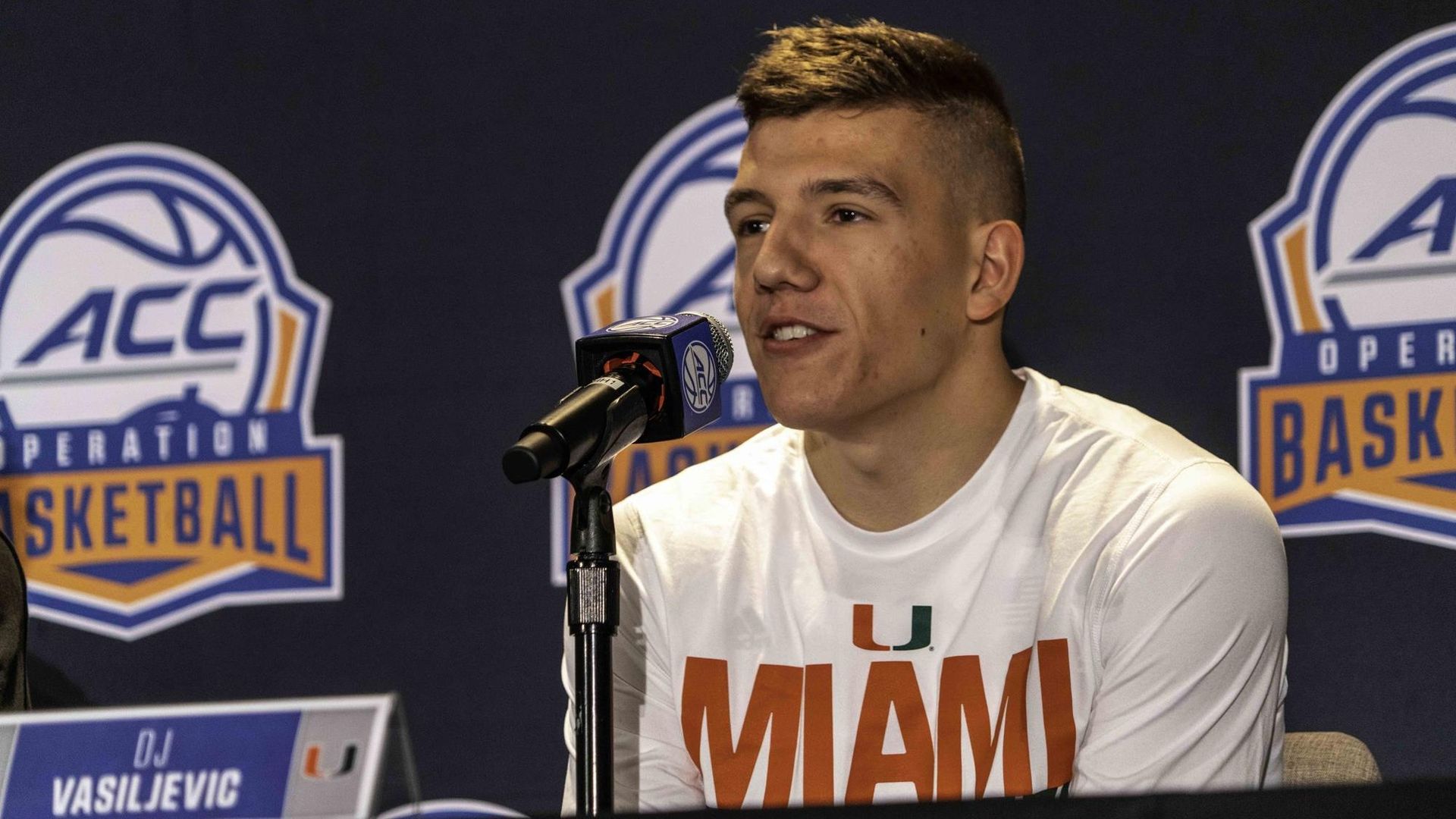 CORAL GABLES, Fla. – Dejan Vasiljevic of the University of Miami men’s basketball is a candidate for the 2020 Senior CLASS Award, as announced Friday morning.

A guard from Melbourne, Australia, Vasiljevic is one of 30 finalists across the country, including the only one from the ACC.

The men’s and women’s candidates will be narrowed to two fields of 10 finalists in February, and those names will be placed on the official ballot. Ballots will be distributed through a nationwide voting system to media, coaches and fans, who will select one male candidate and one female candidate who best exemplifies excellence in the four C’s of community, classroom, character and competition.

Last May, Vasiljevic graduated from Miami in three years with a degree in management. He is now enrolled in the graduate sport administration program at Miami.

A co-captain who has started a GoFundMe to raise money—and is donating $5 for every 3-pointer he makes in ACC play—to bushfire crisis relief in his home country, Vasiljevic is averaging 14.4 points in a team-high 34.3 minutes per game this year.