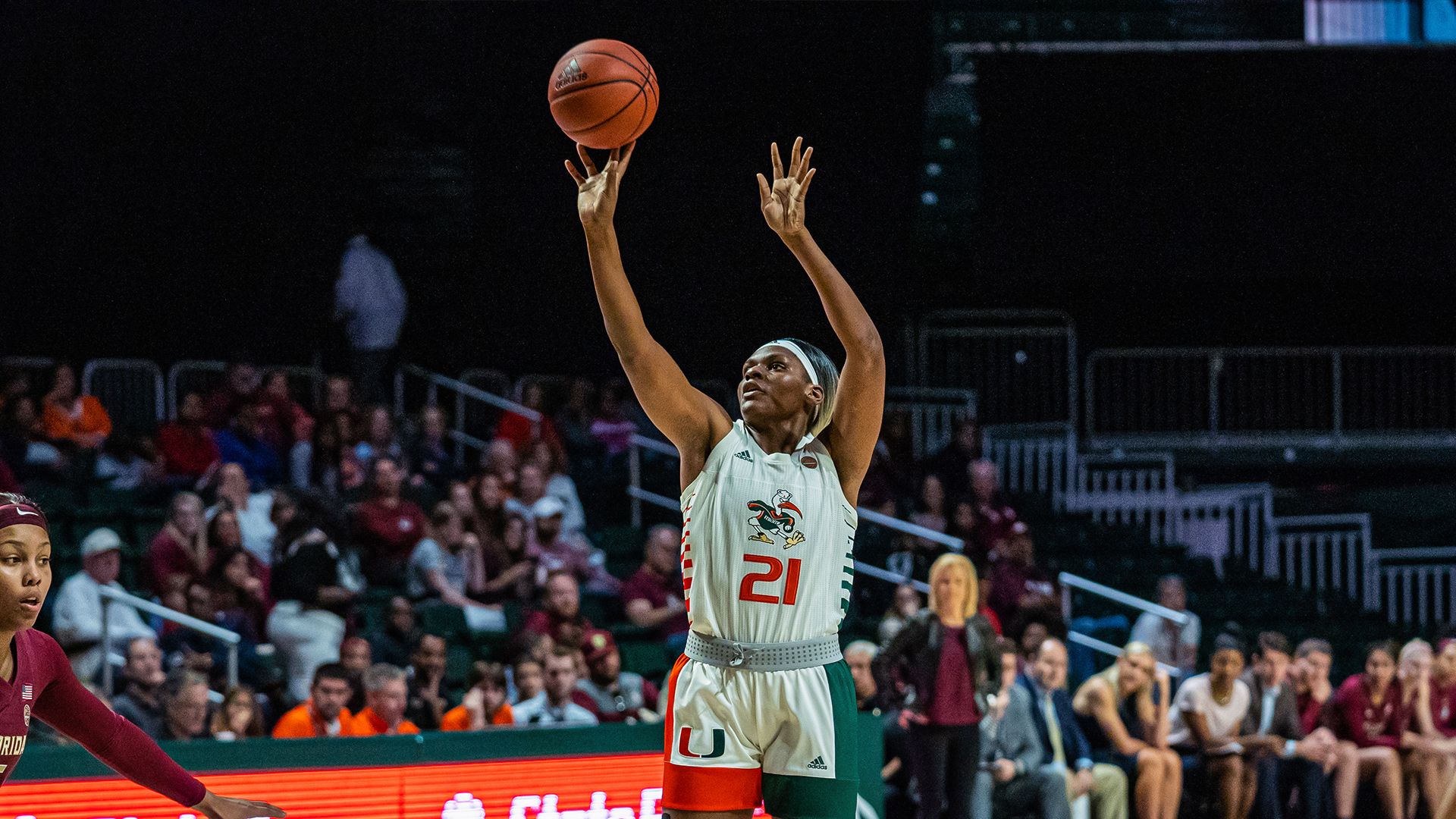 Miami Comes Up Short Against No. 8/8 Florida State

“To outrebound Florida State and force them into 21 turnovers, is a heck of an effort,” head coach Katie Meier said. “We played hard enough to win today but we didn’t play smart enough and we’ll fix that.”

Junior Mykea Gray paced the Canes with a season-high 21 points, shooting 4-of-5 from beyond the arc in the game. Five Canes set new season-highs in points against Florida State including, Gray, Brianna Jackson (14), Jamir Huston (seven), Destiny Harden (seven) and Kenza Salgues (six). Jackson added 10 rebounds to her stat line for her first career double-double

Playing without ACC Preseason Player of the Year Beatrice Mompremier, the Canes hung with Florida State for a majority of the game. The Seminoles finished the first half on a 13-1 run to take a 39-26 lead into halftime, but Miami outscored Florida State 17-15 in the third quarter to cut the lead to 11 heading into the final 10 minutes.

The teams battled it out in the fourth quarter as Miami pulled to within seven of Florida State in the final 10 minutes, but the Seminoles pulled away to take an 11-point win at the Watsco Center.

Miami continues its homestand on Thursday when it welcomes seventh-ranked Louisville to the Watsco Center. Tipoff is set for 8 p.m. and the game will air on ACC Network.