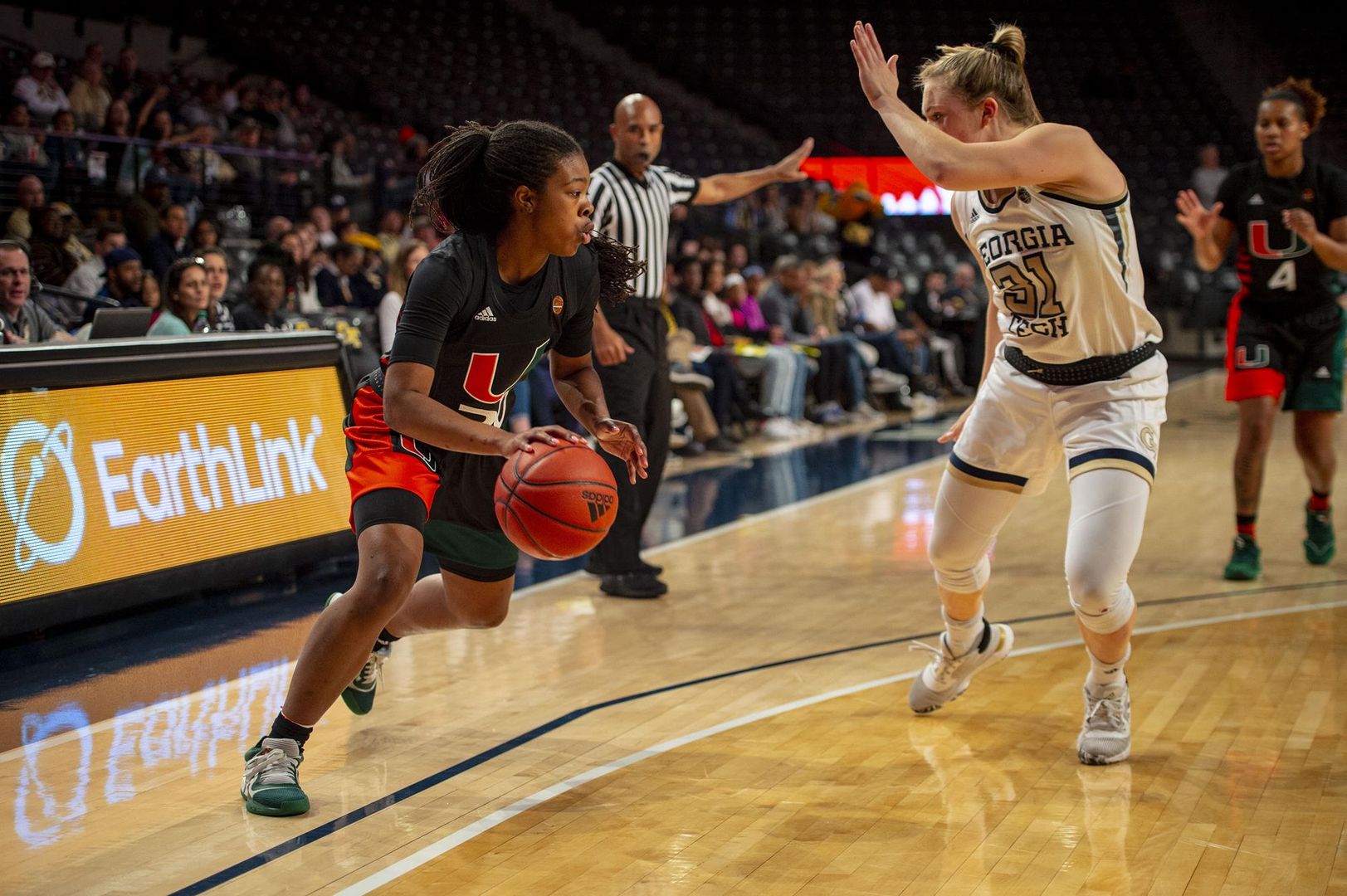 ATLANTA – The Miami women’s basketball team (9-4, 1-1 ACC) was tagged with its first Atlantic Coast Conference loss of the season on Thursday, falling to the Georgia Tech Yellow Jackets (11-2, 2-0 ACC), 61-54, at McCamish Pavilion.

“We need someone to step up,” Meier said. “The game plan needs to be verbal and vocal and we need to 100 percent care about Miami.”

Junior Kelsey Marshall paced the Canes in scoring with 14 points in the contest while redshirt senior Beatrice Mompremier led Miami with eight rebounds.

The Canes got off to a hot start in Atlanta, jumping out to an early 8-0 lead thanks to perfect shooting by Marshall and Gray. Miami shot 60 percent from the floor in the first frame and surged to a 23-9 lead at the end of 10 minutes.

The Yellow Jackets mounted a comeback, pulling to within seven, but Miami responded with nine points in the final three minutes to take a double-digit lead heading into halftime.

Georgia Tech was dominant in the second half of the game, outscoring the Canes 41-22. Miami mounted a comeback in the waning minutes of the game but ultimately fell just short.

The Canes return to the Watsco Center on Sunday to host eighth-ranked Florida State in the first of a three-game homestand. Tipoff is set for 2 p.m. and the game will air on RSN.