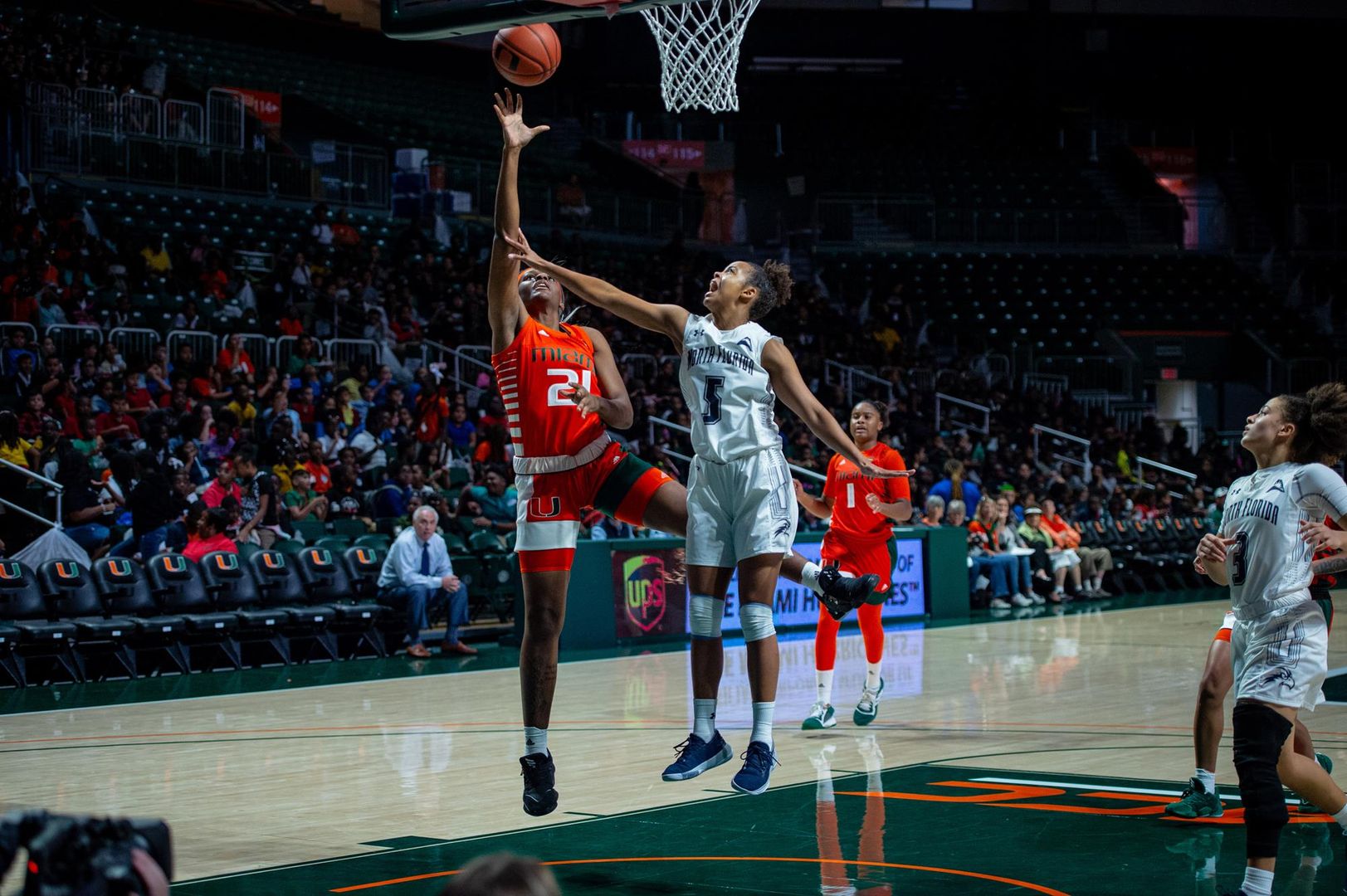 CORAL GABLES, Fla. – The No. 17/19 Miami women’s basketball team downed North Florida, 78-55, in front of 4,000 fans on Wednesday morning at the Watsco Center. With the win, Miami moves to 6-2 in Elementary School Day games.

“Elementary School Day is a big event and means a lot,” head coach Katie Meier said. “It shows our community that we want to be a part of their lives and we want them to adopt us as their hometown’s team. I love seeing my players climb into the stands and dancing with the kids.”

The Hurricanes fed off the energy from the school kids and, for the second game in a row, junior guard Kelsey Marshall paced the Canes in scoring with 16 points in the contest. Redshirt senior Beatrice Mompremier joined Marshall with a co-game-high 16 points of her own, while seven other Canes tallied a bucket in the game.

The Miami bench came to play on Wednesday, totaling 32 points in the game, including eight- and seven-point outings by Taylor Mason and Yasmeen Chang, respectively. Freshmen forwards Sydnee Roby and Brianna Jackson put in work on the defensive end, combining for a trio of blocks and nine rebounds.

“In the third quarter, our starters came out and the lineup that changed the game was our four freshmen and Taylor Mason,” Meier said. “That group, led by Taylor, extended the lead for us and was truly a reliable group.”

Marshall carried the Canes in the first quarter, accounting for 10 of Miami’s 25 points in the frame. The game began as a back-and-forth battle, but Miami used a 12-2 run in the last three minutes of the quarter to take a 25-14 lead after 10 minutes of action.

The Ospreys fought back in the second quarter, outscoring the Canes 12-9, but it was all Miami in the second half of the game. The Hurricanes totaled 22 points in both the third and fourth quarter to extend their lead and finish the game on top, 78-55.

Miami plays host to the IUPUI Jaguars on Sunday in a game that is slated to tipoff at 1 p.m. The game will air on ACC Network Extra.