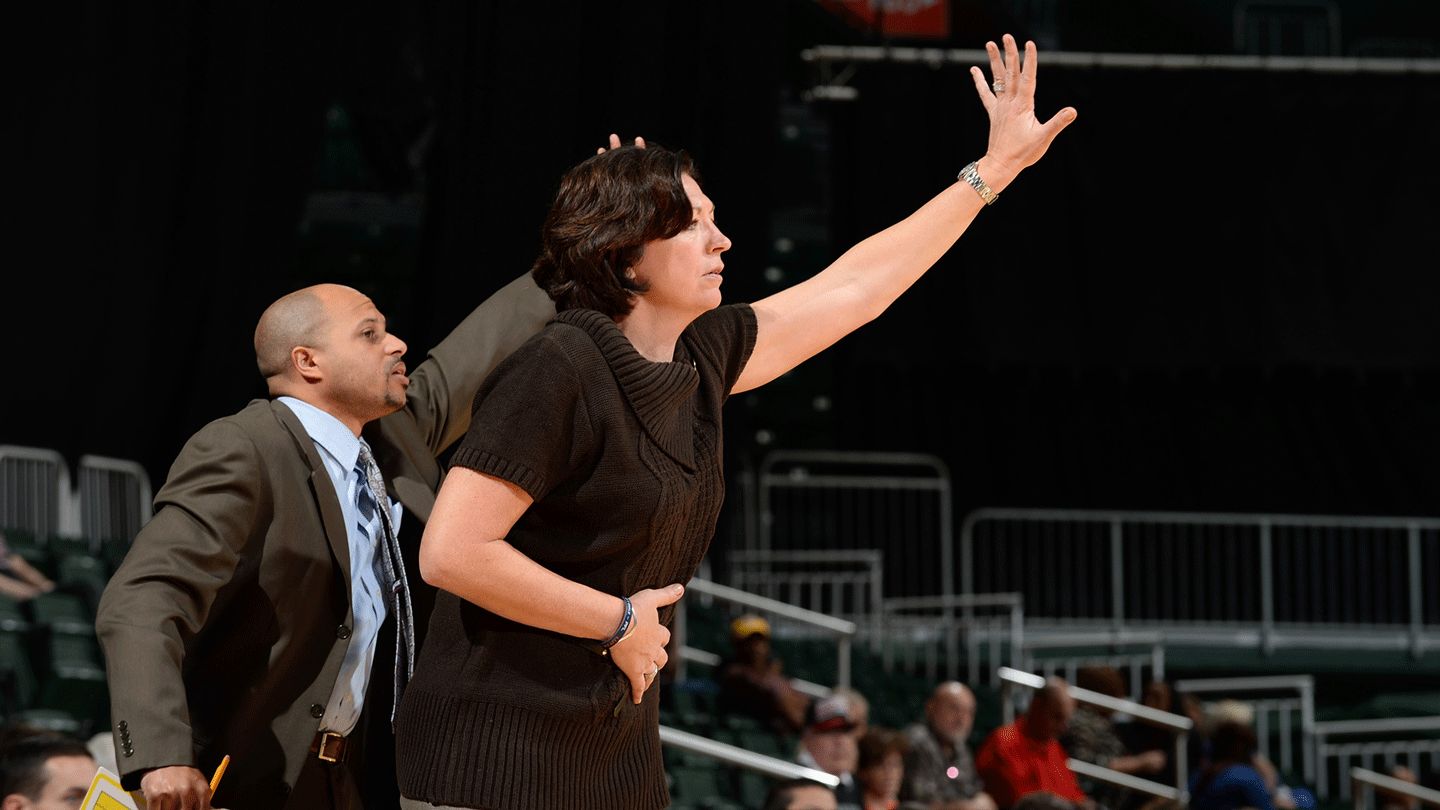 CORAL GABLES, Fla. – There was a moment when the schedule was being set that Katie Meier wondered if it was a good idea to add North Florida to Miami’s list of potential opponents.

It wasn’t that she was hesitant about the Hurricanes facing a potentially up-and-coming Atlantic Sun team that returned 11 letter winners from a season ago.

It was that Meier couldn’t help but wonder how strange it might feel to coach against Darrick Gibbs, one of her best friends and former assistants who left the Hurricanes in 2015 to take over as the Ospreys coach.

Turns out Meier and Gibbs will learn just how odd that might be after all.

Come Wednesday morning, Miami will host North Florida at the Watsco Center for its annual Elementary School Day game. And while thousands of young basketball fans cheer, two coaches who worked together for more than a decade will line up against each other for the first time in their careers.

Neither expects it will be easy, from a basketball or personal standpoint.

“I’m godmother to one of his kids. We’re close. We’re family,” Meier said. “I was there when he and his wife, Dee, met. This is a long-term friendship and Darrick was the one person who left his life in Charlotte like I did to come with me to Miami. This is a lot of my heart. He means everything to me. His family means everything to me. I’ll think about that a little bit before the game, but during the game, I can’t.”

Said Gibbs, “It’s really weird, to be honest. I’ve never been in that visitor’s locker room. I’ve never sat on that other bench. I’ve been back a few times to watch Miami play and hang out and that kind of thing, but this is a totally different setting. But I’m excited. I’m so appreciative and so grateful that presented themselves when I was there, the opportunities Kate gave me while I was there and all the great people who had a huge influence in my life while I was there. It’ll be very emotional, for sure.”

While together Meier and Gibbs helped change the culture at Miami and made the Hurricanes a perennial postseason team, their journey began years ago when Meier was named the head coach at Charlotte in 2001.

At the time, she didn’t have any openings on her new staff, but after a recommendation from a friend, she met with Gibbs, who had worked as a student assistant at nearby Wofford during his time at the school.

Meier was impressed with the aspiring coach’s approach and told Gibbs the two would stay in touch. When she had an opportunity come open on her staff, she told him, he’d get a call.

That call came two years later and Gibbs joined her Charlotte staff in 2003. They’d work together there for two seasons before coming to Miami in 2005. In Coral Gables, Gibbs helped develop Miami’s post players and became a key recruiter for the Hurricanes.

“He was a balance for me. He really was a great learner. He was extremely eager. He was a quick thinker and when I say he was a balance for me, that’s why our friendship is so great too,” Meier said. “Sometimes, you have to look at me and smile and inside, sort of roll your eyes sometimes and be like, ‘There she goes again’ because you understand my intensity and you understand how my mind works. … He totally got that and what I got in him was someone that was steady, a steady hand that was really a big-picture guy that worked his tail off. We both did, trying to turn the program around and he gets so much credit for what happened down here.”

These days, Gibbs is one of several of Meier’s former assistants directing their own programs.

“I’m awful proud of all of them,” Meier said. “All my people that have worked with me and that are now coaching, including [Michaela] Mabrey at Notre Dame, I have all their teams on my favorites. I know what they’re doing, I follow their teams every night because what they’ve done here, how they’ve poured themselves into their work here or at Charlotte, it’s an honor to have someone work like that for your vision. It’s humbling and so hard to explain. You can never tell them enough how much you appreciate them, but when they’re successful on their own, it’s the highest compliment.”

For his part, Gibbs acknowledges that much of what he learned by working with Meier has shaped how he now runs his program at North Florida. And while now he’ll have to work against one of his mentors, he – like Meier – can’t help but feel grateful.

“My career took off at Miami. I learned so much and developed so much and a lot of that goes to Kate and the responsibility she gave me and the opportunity she gave me to help build and grow the program,” Gibbs said. “You talk about how effective she’s been, just even her approach to the young ladies that come through the program and the relationships she build and how much she cares about them and that kind of stuff, that has definitely bled into my approach into how I do things here.”