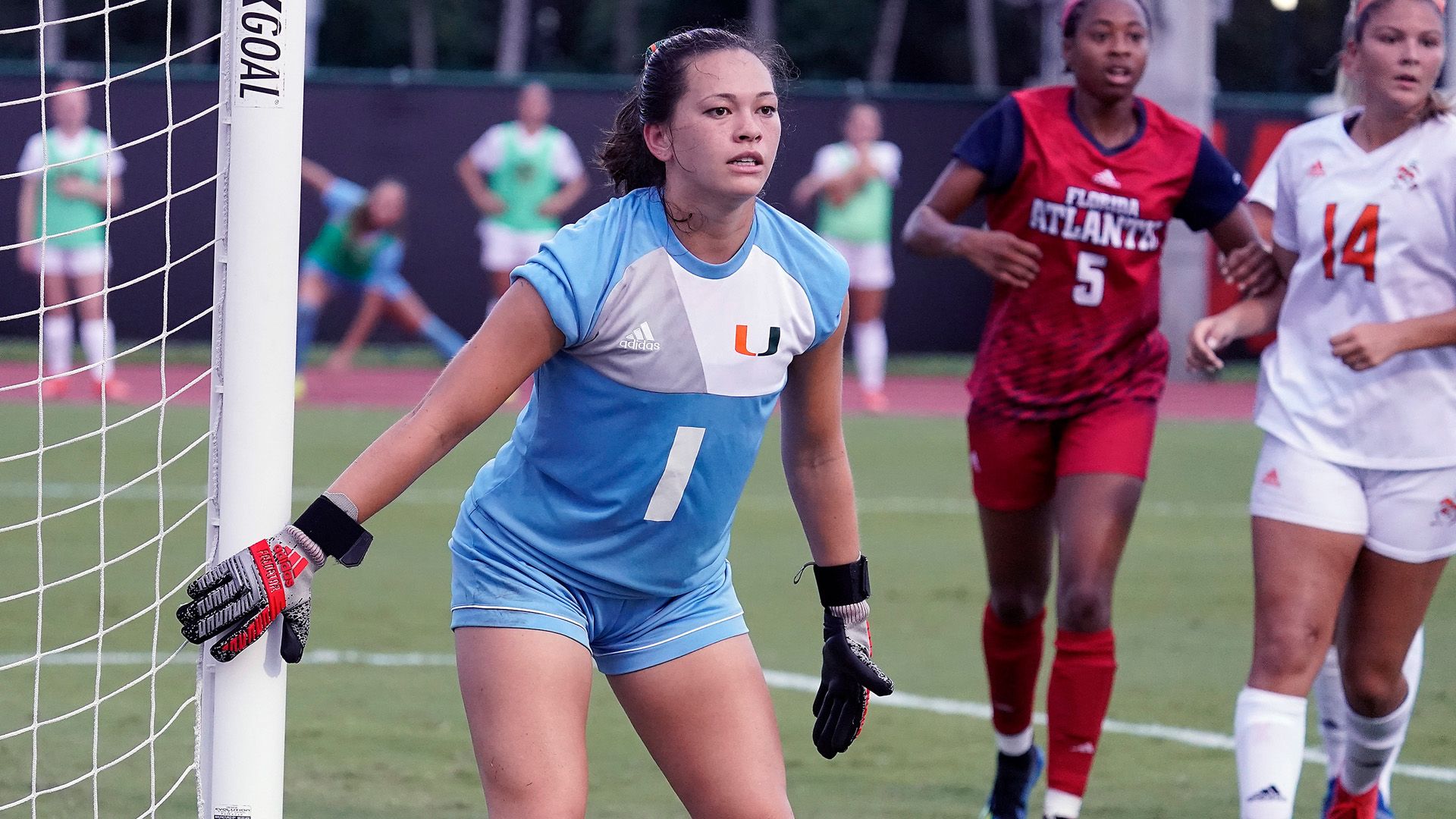 TALLAHASSEE, Fla. – Despite a career-night from University of Miami sophomore goalkeeper Tyler Speaks, it was not enough to take down sixth-ranked Florida State Friday night at the Seminoles Soccer Complex, as the Hurricanes fell, 3-0.

“I think there were a number of things we did well in the game. But, this is the defending national champs and mistakes will punish you,” Miami head coach Sarah Barnes said. “I think we saw some bright spots and I actually think we had more of the ball and more opportunities offensively then we did against them last year.

“We are just continuing to grow and have to continue to be more composed on the ball, execute a little bit better under pressure and just continue to improve in those areas,” Barnes continued. “It is something we have been talking about all season and we have seen moments of it. It just hasn’t been consistent enough to be competitive with the top teams in the country. That doesn’t mean we can’t do it, it just means that we have more work to do.”

In the 10th minute, Kristen McFarland got a shot off for the Seminoles, but Speaks stepped up and made her first save of the match. Off the rebound Yujie Zhao placed a one-timer into the back of the net for the early FSU advantage.

Five minutes later, Speaks made an acrobatic diving save, as a shot off the foot of Jenna Nighswonger appeared to be heading toward the upper-90.

Looking to get on the board, seniors Bayleigh Chaviers and Kristina Fisher connected down the right sideline, with Fisher sending a cross towards Tia Dupont. However, Florida State goalkeeper Caroline Jeffer was able to knock it out for a corner.

Three minutes later, Chaviers made an incredible save on the end line and was able to dump it off to the top of the 18-yard-box toward junior midfielder Michelle Giamportone. Sending a one-timer on goal, the juniors shot was corralled by Jeffers.

At the break, Speaks registered five saves as the Hurricanes remained within striking distance, 1-0.

In the 62nd minute, Speaks found herself one-on-one with Abbey Newton. Making an unbelievable kick-save, the sophomore set a career mark with her seventh save of the match. Overall, she capped the night with eight.

Off of a corner in the 76th minute, Jailin Howell sent a header towards Heather Payne, who doubled the FSU lead.

Looking to register a comeback, Fisher moved into a tie for fourth on the program’s all-time shot leaderboard, with her 149th career shot. However, Jeffers was able to make her second save of the match.

In the 84th minute, Chaviers sent a blast towards the net, but the senior’s attempt missed just high of the crossbar.

The Hurricanes will return to action Thursday at 7 p.m. when they welcome No. 17 Clemson to Cobb Stadium. The match will be streamed live on ACC Network Extra.