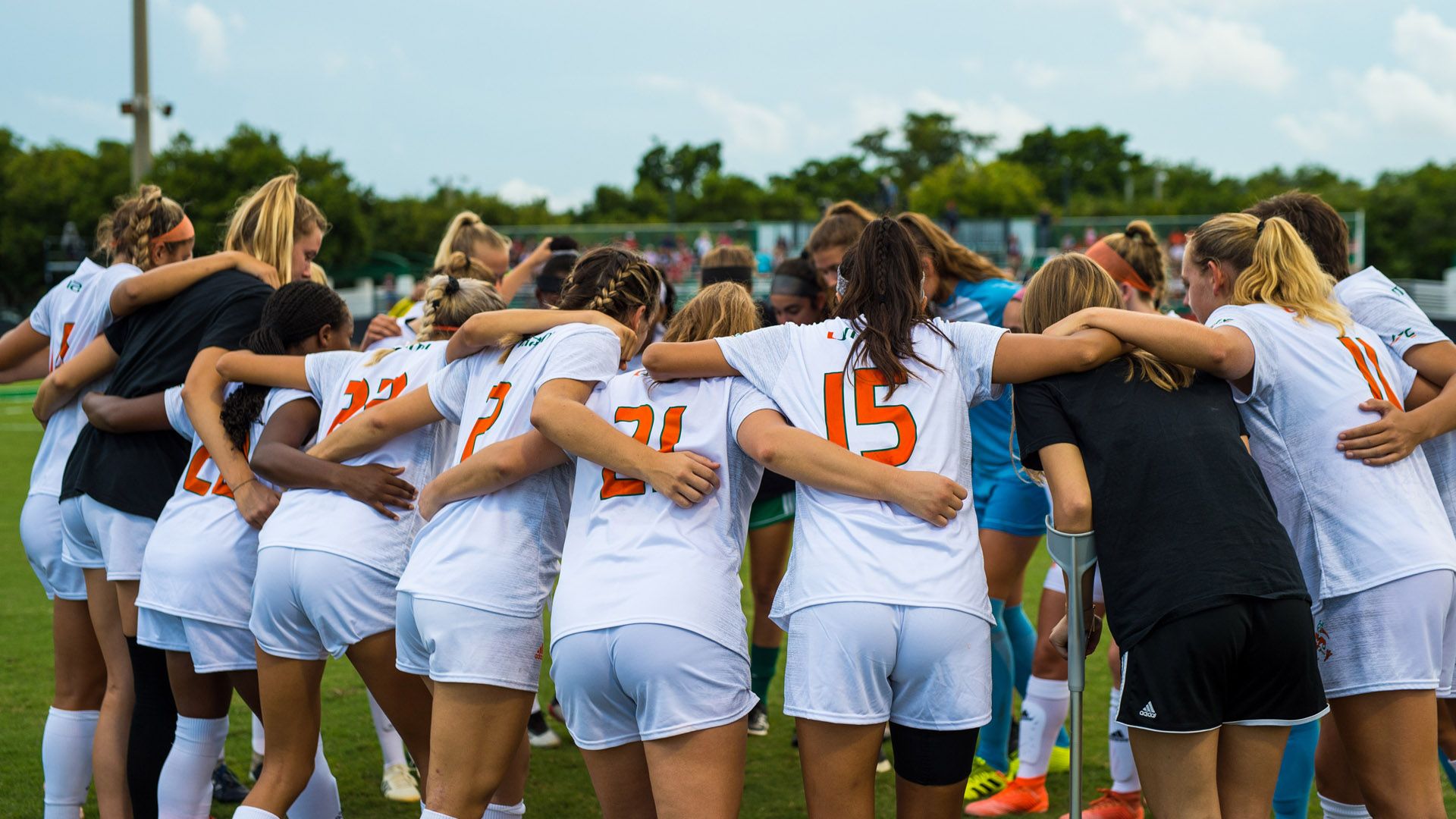 CORAL GABLES, Fla. – In the middle of the evening’s second weather delay, the University of Miami was eager to resume action Thursday night at Cobb Stadium before Mother Nature struck once more forcing the officials to abandon the match between UM and Florida Atlantic.

Due to NCAA Rules and Guidelines, with the addition of at least 30 minutes needed to wait out the latest nearby lightning strike, it would have caused the overall match to exceed the maximum time limit of three hours. And with the clock sitting at 76:07, the halted match surpassed the pre-set 70-minute guideline, resulting in a 2-1 defeat for the Hurricanes.

In the opening minutes of the match, FAU struck first off of a corner. From the right corner flag, Sammy Vitols curled the ball on target and found the back of the net, in the second minute, to register her third goal of the season.

12 minutes later, the Owls doubled their lead when Vitols connected with Elisha Holmes for the matches second tally.

Overall, FAU outshot the Hurricanes 7-2 in the opening frame, with the Hurricanes lone shot on target coming off the right foot of senior forward Kristina Fisher in the 25th minute.

Less than two minutes into the second half, play was halted for the first time as a pair of nearby storms began to form around Cobb Stadium. However, once action resumed, the Hurricanes began to take complete control of the contest.

In the 51st minute Michelle Giamportone registered her first shot of the contest, however the junior midfielder’s blast was denied by an Owl defender.

Three minutes later, Fisher was seen streaking down the left sideline before sending a rocket towards the bottom left corner of the net. In goal for FAU, Cassidy Wasdin made a tremendous save to keep Miami off the scoreboard.

Off of a corner in the 62nd minute, Fisher received the ball from just outside the 18-yard box and once again sent a beauty on target which curled towards the bottom right corner. But again, Wasdin was able to make a play.

In the 64th minute, the Hurricanes were once again on the attack, as Giamportone’s blast was denied by Wasdin, before falling to the foot of senior defender Bayleigh Chaviers. After her attempt was denied, María Jakobsdóttir
found the ball and took a touch around her defender before finessing it into the back of the net, pulling Miami within a goal. The Hurricanes continued to apply the pressure over the next 13 minutes, before play was halted for a second and final time due to inclement weather.

Overall, Miami outshot FAU, 8-1, in the 31 minutes of second half action, with six of its eight attempts finding the target.

The Hurricanes will look to rebound next Saturday, Sept. 7 at 7 p.m., when they host San Diego State. The match will be broadcast live on ACC Network Extra.

As announced by the University, Sunday night’s scheduled match against Jacksonville has been cancelled as the two schools monitor Hurricane Dorian and its possible impact on the state of Florida.