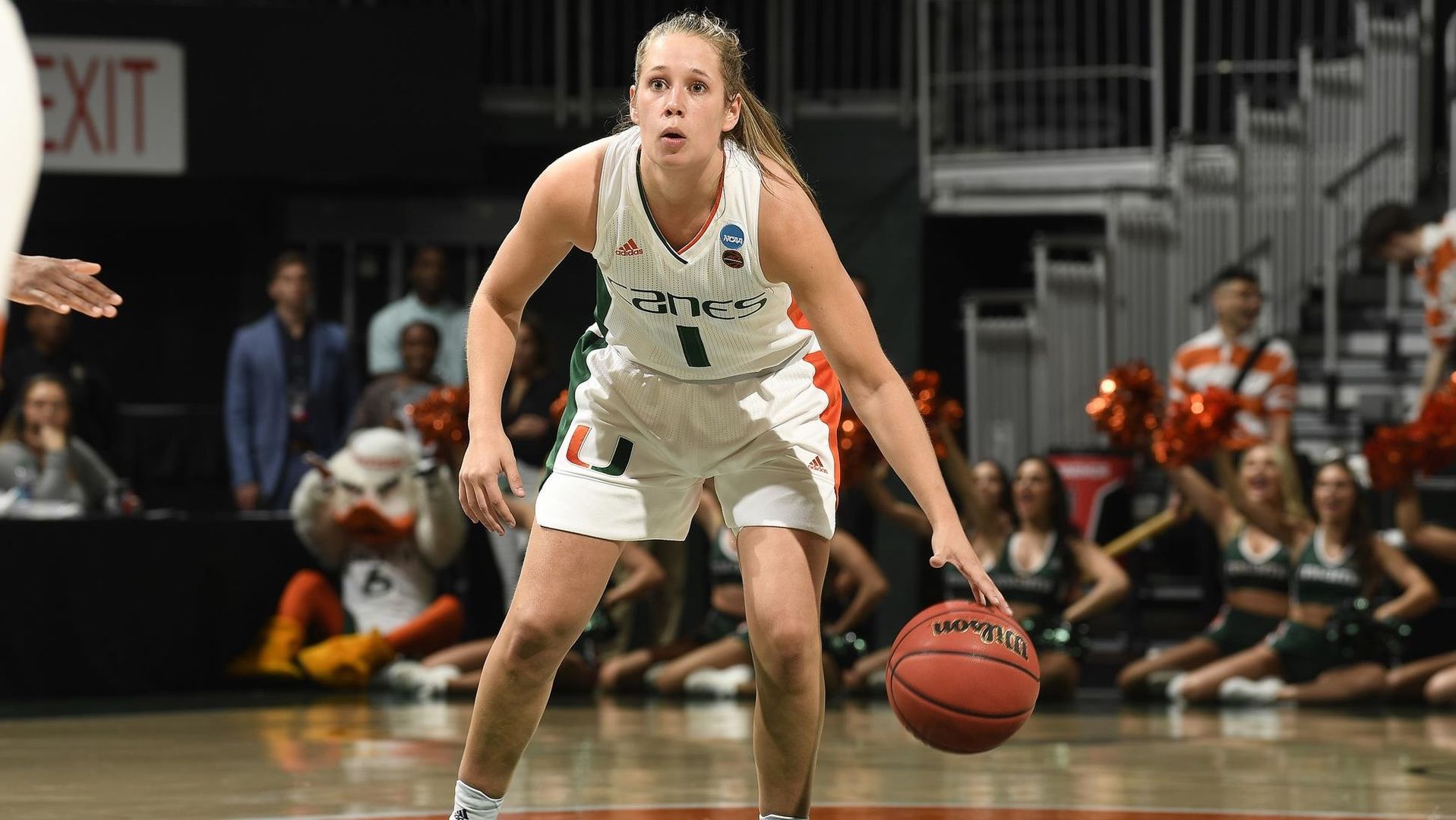 CORAL GABLES, Fla. – Laura Cornelius of the University of Miami women’s basketball team has elected to forego her final season of collegiate eligibility and play professionally, she announced Thursday.

A 5-foot-8 guard, Cornelius will graduate from Miami in May with a bachelor’s degree in public health. The two-time team co-captain redshirted in 2017-18 due to a left leg injury.

“It is a dream of Laura’s to play professionally and I truly support that. She has given her heart and soul to the University of Miami and to our team,” Miami head coach Katie Meier said. “Laura has tremendous international experience and had an amazing career for us here in the ACC, the best league in the country. I have been so blessed to share her four-year journey with her. While I will miss her a great deal, I’m very proud of her, both personally and professionally.”

Cornelius averaged 8.8 points, 3.2 assists and 2.9 rebounds in her three seasons on the court for Miami, earning 40 starts across 98 appearances.

Cornelius shot 143-of-366 (39.1 percent) from 3-point range in her career, posting the best all-time percentage in program history and recording the eighth-most makes. In addition, she owns the Hurricanes’ only two 6-of-6 single-game 3-point performances.

One of five multiple-time All-ACC Academic Team honorees at Miami, Cornelius helped the Hurricanes to a 73-27 record in her three seasons of action, including a 32-16 ledger in ACC play.