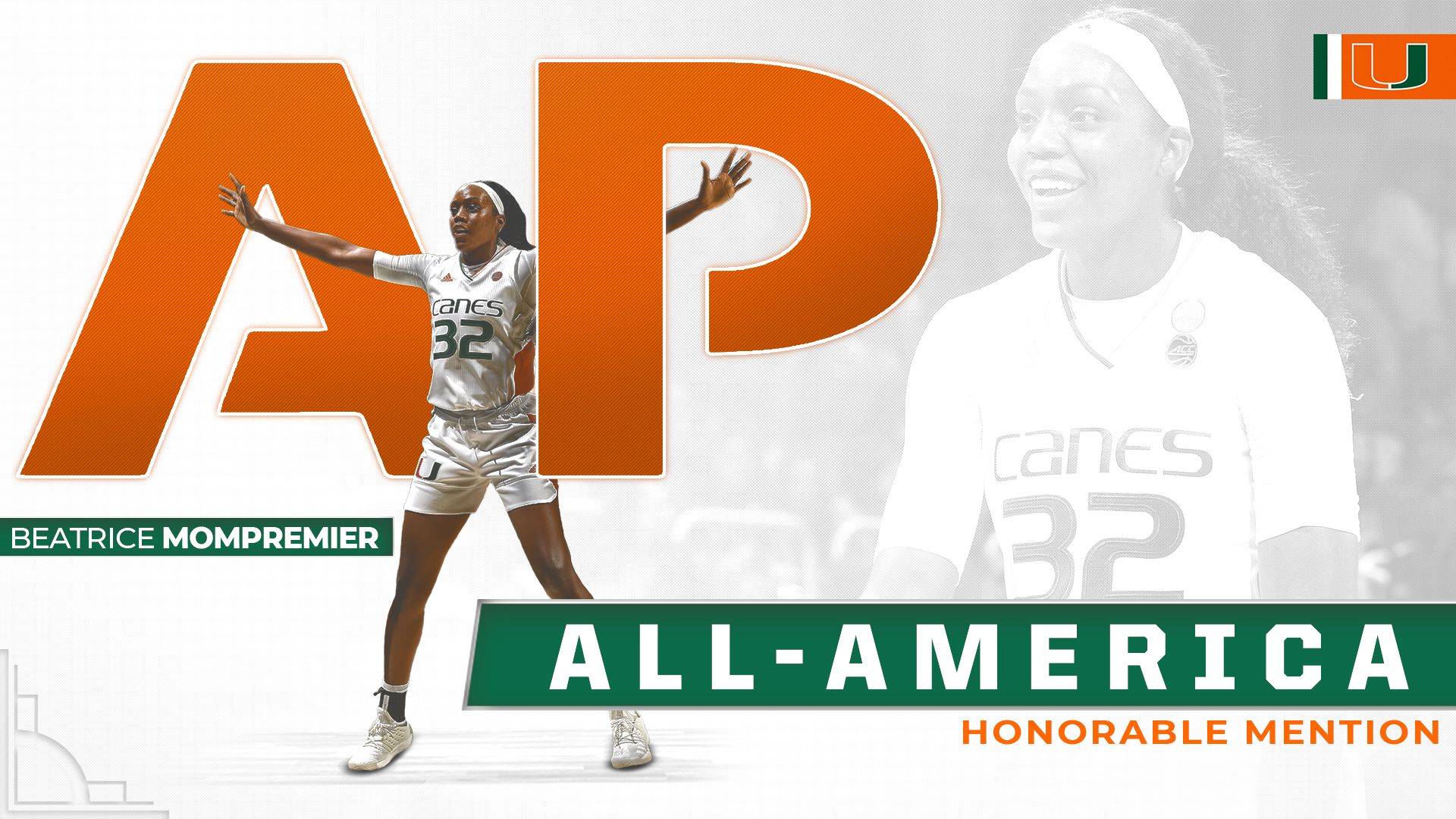 Mompremier is the first Hurricane to garner postseason recognition from the AP since 2011-12, when Shenise Johnson was a Second Team All-American and Riquna Williams was a Third-Team All-American.

Mompremier led Miami in both points (16.7) and rebounds (12.2) per game this year, with the latter mark setting a program single-season record. She also logged the second-most total rebounds (401) and the seventh-most free-throw attempts (178) in a campaign by a Hurricane.

A Miami native, Mompremier led the ACC with 25 double-doubles in her first season playing for the Hurricanes. She notched 20 points in eight of her 33 outings and had at least 12 in all but four of them.

Mompremier grabbed at least 15 rebounds seven times, twice tallied 20-plus and had one 20-20 performance.

A First Team All-ACC selection and WBCA Coaches’ All-America Team Regional Finalist, Mompremier is one of five finalists for the Lisa Leslie Center of the Year Award.
The complete list of all the AP All-America honorees is available HERE.