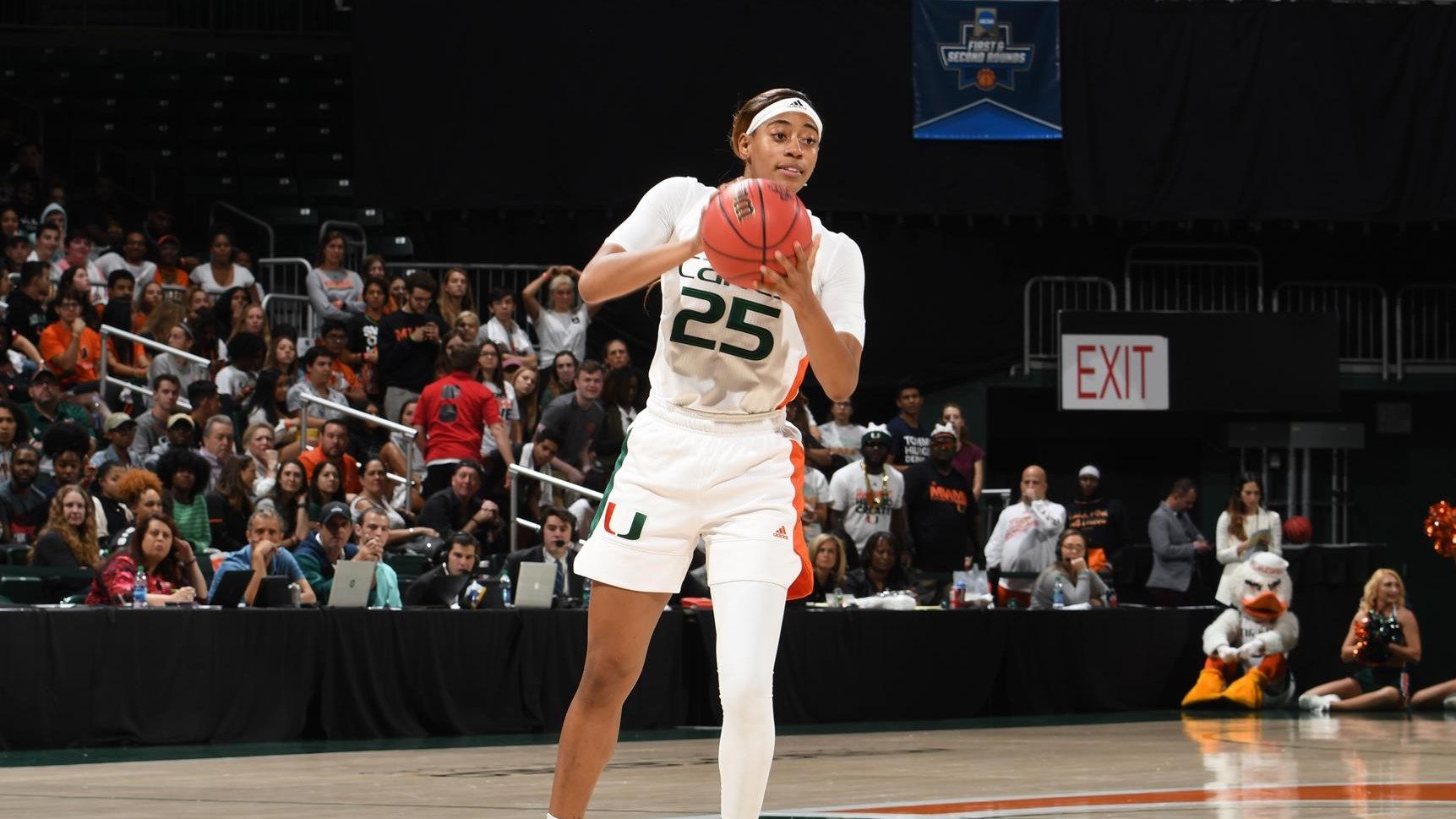 WBB Meets Fifth-Seeded Arizona State in NCAA Round of 32

CORAL GABLES, Fla. – The fourth-seeded University of Miami women’s basketball team will play fifth-seeded Arizona State in a top-25 matchup Sunday night at Watsco Center for a spot in the NCAA Sweet 16.

The Portland Region Round of 32 contest will be televised live on ESPN2, as well as available HERE, with Clay Matvick and Julianne Viani on the call. In addition, the action will be broadcast live on WVUM 90.5 FM HERE and on WQAM 560 AM HERE.

Miami, making its 10th straight postseason appearance, is in the NCAA Tournament for the eighth time in nine years and fifth in row. This is the fifth time in that nine-year stretch the Hurricanes have advanced to the second round of the event.

In total, Miami is 7-13 in NCAA Tournament play and is seeking the second Sweet 16 trip in program history. The first came in 1992 when the Hurricanes were seeded second in a 48-team field.

Miami recorded a 69-62 triumph Friday night over No. 13-seed FGCU in the Round of 64 and led for over 36 minutes of action. The team set an NCAA Tournament program record with 37 defensive rebounds and finished with a total rebounding advantage of 44-33.

The Hurricanes are 0-3 all-time against Arizona State, but all three matchups have been determined by four points or fewer. Most recently, the Sun Devils logged a 65-61 victory on Nov. 25, 2014 in Coral Gables.

Senior forward Kianna Ibis, an All-Pac-12 selection, is the leading scorer for the Sun Devils at 14.2 points per game.

The winner of Sunday evening’s contest heads to Portland, Ore., an NCAA Sweet 16 matchup March 29 against either top-seeded and fourth-ranked Mississippi State or ninth-seeded Clemson.