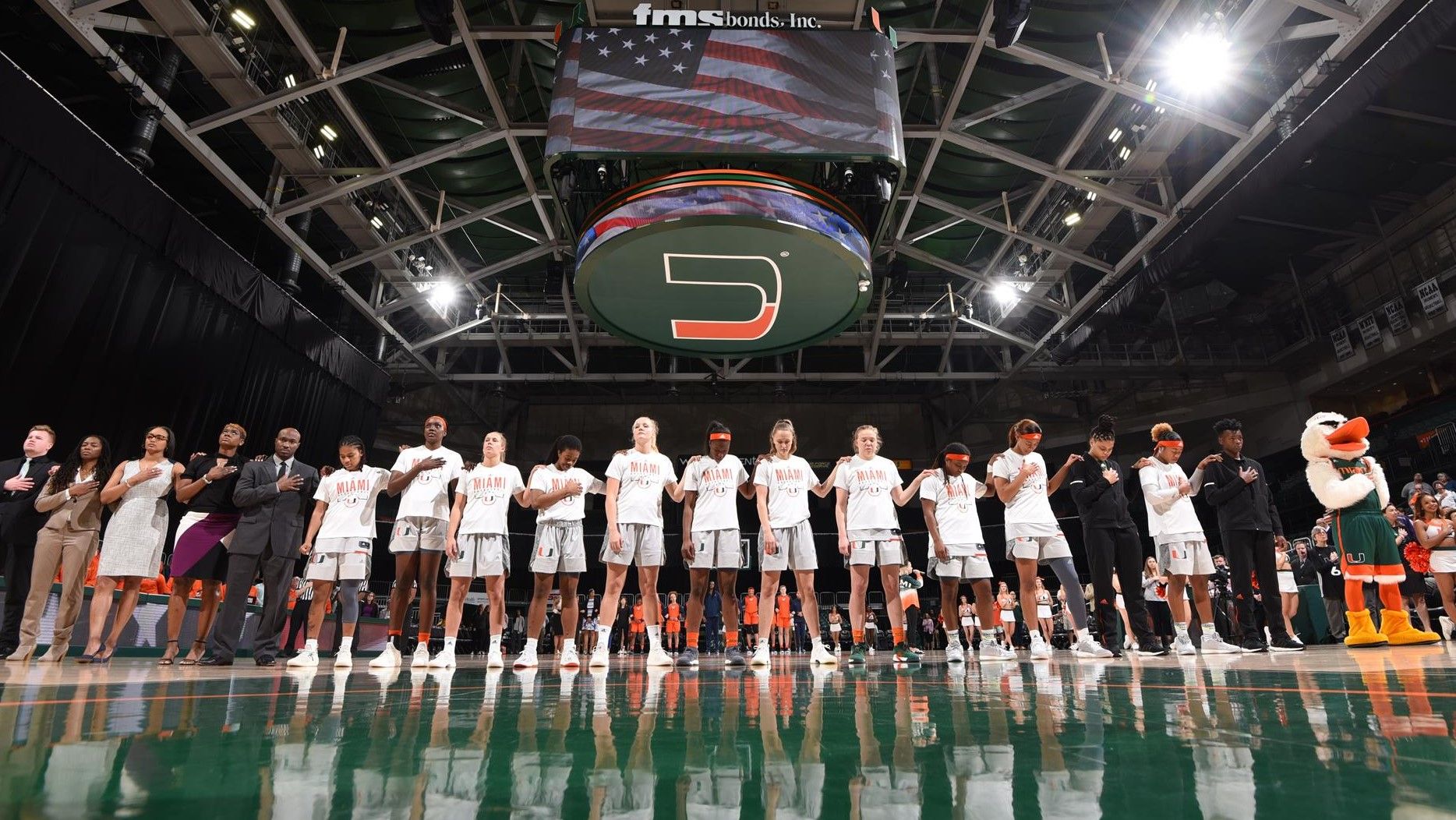 The Portland Region opening round game will be televised live on ESPN2, as well as available HERE, with Clay Matvick and Julianne Viani on the call. In addition, the action will be broadcast live on WVUM 90.5 FM HERE and on WKIS 99.9 FM HD-2 HERE.

The Hurricanes are making their 10th consecutive postseason appearance, including their eighth NCAA Tournament trip in the past nine years. It is the fifth straight season Miami is in the NCAA Tournament, extending the program record.

Overall, this is Miami’s 14th appearance in the field and it sports a 6-13 overall mark. The Hurricanes are seeded in the top four for the fifth time, with the No. 4 mark tying for the fourth-highest in program history.

Miami is coming off a 92-85 defeat against then-No. 18/16 Syracuse in the ACC Tournament quarterfinals March 8 in Greensboro, N.C. The Hurricanes, seeded fourth, rallied back from a 16-point deficit to take a fourth-quarter lead, but the fifth-seeded Orange earned the victory behind an ACC Tournament record 14 made 3-pointers.

Redshirt junior forward Beatrice Mompremier paced all players with 27 points and 10 rebounds, finishing 11-of-16 from the floor to set a program record for makes in the ACC Tournament. Senior forward/center Emese Hof logged 25 points on 10-of-15 shooting and sophomore guard Mykea Gray added 13 points.

FGCU is set to become the first team Miami has faced three times in postseason play and it is the second time in three years the sides will meet in a four-v-13 matchup in Coral Gables to open the NCAA Tournament.

The Eagles enter the postseason at 28-4 (16-0 ASUN) after winning 19 consecutive games dating back to Jan. 5 in the conference opener against Liberty.

FGCU is led in scoring by junior guard/forward Nasrin Ulel at 14.9 points per game. This is the program’s fifth NCAA Tournament trip in the past six years, including the third in a row.

The victor of Friday’s matchup will take on either No. 22/20 Arizona State or UCF in the Round of 32 Sunday at a time to be determined.