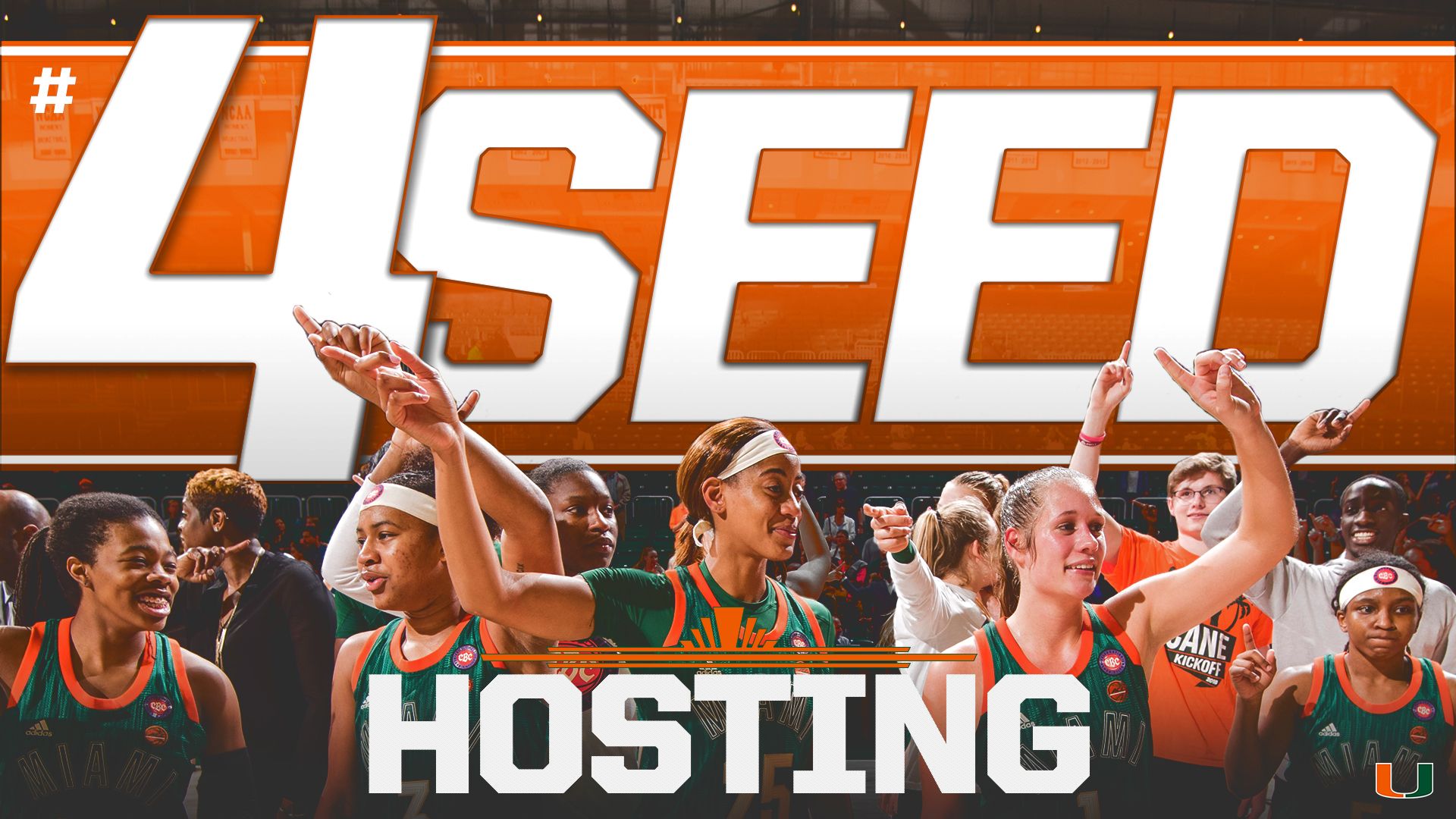 CORAL GABLES, Fla. – The University of Miami women’s basketball team received a No. 4-seed in the NCAA Tournament and will host the Round of 64 and Round of 32, Friday and Sunday, respectively, at the Watsco Center.

This is the 14th NCAA Tournament berth in program history, including the eighth in the past nine years and fifth in a row.

Miami’s No. 4 seed is tied for the fourth-best in program history, matching the spot it garnered in 2017. The Hurricanes are 6-13 all-time in NCAA Tournament play, including 3-1 on their home court.

Head coach Katie Meier, in her 14th season at the helm, has now led Miami to the postseason for the 10th consecutive season, greater than tripling the prior program record set from 2002-04.

The Hurricanes are 2-0 all-time against the Eagles, including logging a 62-60 home victory in the opening round of the 2017 NCAA Tournament.

Tickets for the NCAA Tournament action in Coral Gables are available HERE.