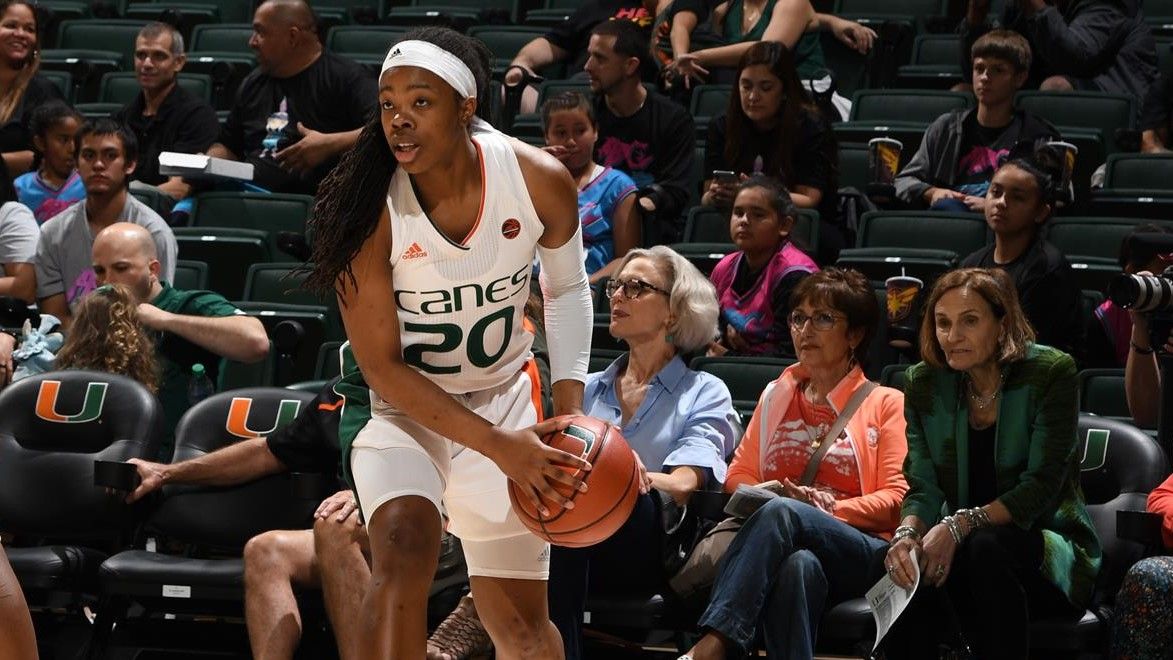 WBB Moves to No. 15 in Coaches Poll

CORAL GABLES, Fla. – The University of Miami women’s basketball team moved up one spot to No. 15 in the USA TODAY Coaches Poll this week, as announced Monday afternoon.

The Hurricanes tallied 327 points in the Coaches Poll, a 26-point improvement that led to a one-position bump in the rankings. Miami’s No. 15 spot is one shy of its best mark in 2018-19. The entire list can be found HERE.

Meanwhile, in the final AP Poll of the season the Hurricanes held steady at No. 19, but added 12 points in the balloting to log 246 total. The full poll is available HERE.

The ACC once again features six top-25 teams, led by a trio in the top 10 in third-ranked Notre Dame, fifth-ranked Louisville and No. 10 NC State. Syracuse comes in at No. 12, while Florida State is No. 25 in the AP Poll and No. 22 in the Coaches Poll.

The Hurricanes will learn their NCAA Tournament location and seed Monday night during ESPN’s selection show, which starts at 7 p.m.