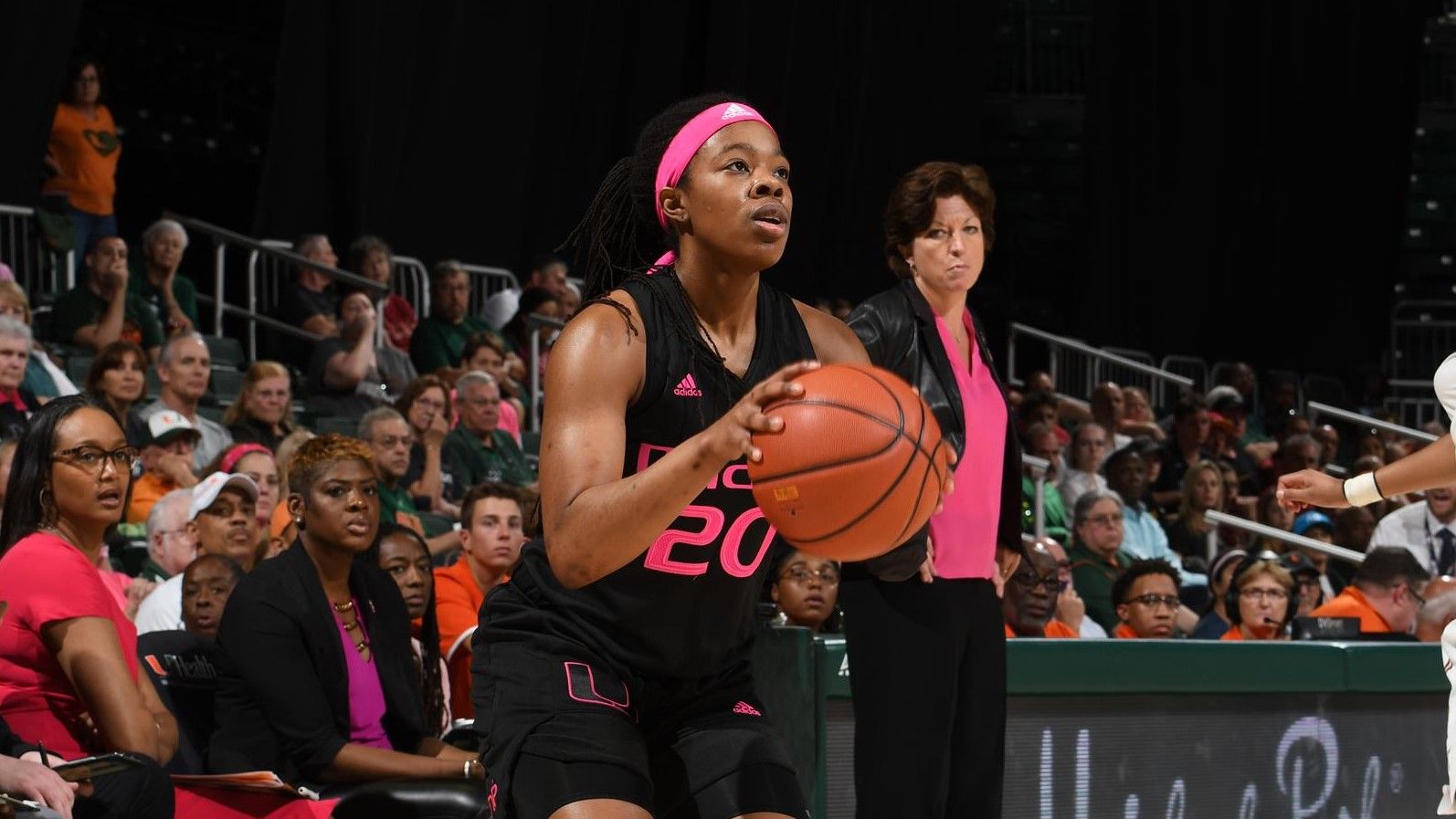 CORAL GABLES, Fla. – The University of Miami women’s basketball team will conclude the 2018-19 regular season with a top-15 road showdown.

Tom Werme and Chelsea Shine will be on the call on RSN—it can be found locally on FOX Sports Sun—and it is available on ACC Network Extra, subject to blackout, HERE. Additionally, the game will be carried live on WVUM 90.5 FM HERE and live stats can be found HERE.

After dropping the first eight meetings in the series, Miami has moved to 11-10 all-time against NC State, including 10-1 in the past 11 matchups. The Hurricanes won their third contest in a row last season, a 52-48 home decision on Feb. 8, 2018.

In its last outing, Miami picked up a 69-56 victory over Georgia Tech Thursday night at the Watsco Center. Redshirt junior forward Beatrice Mompremier led all players in points (22), rebounds (16) and blocks (four), while sophomore guard Mykea Gray added 18 points on 7-of-9 shooting.

NC State owns a 24-4 (11-4 ACC) record on the season and was the nation’s final undefeated team. The Wolfpack is led in scoring by graduate student guard Kiara Leslie at 16.0 points per game.

Miami can finish anywhere from first to third in the ACC with a victory over the Wolfpack and will take the fourth spot with a setback against NC State.

The Hurricanes will be back in action March 8 when they open play against a to-be-determined opponent in the ACC Tournament quarterfinals, following its aforementioned double-bye through the first two rounds.