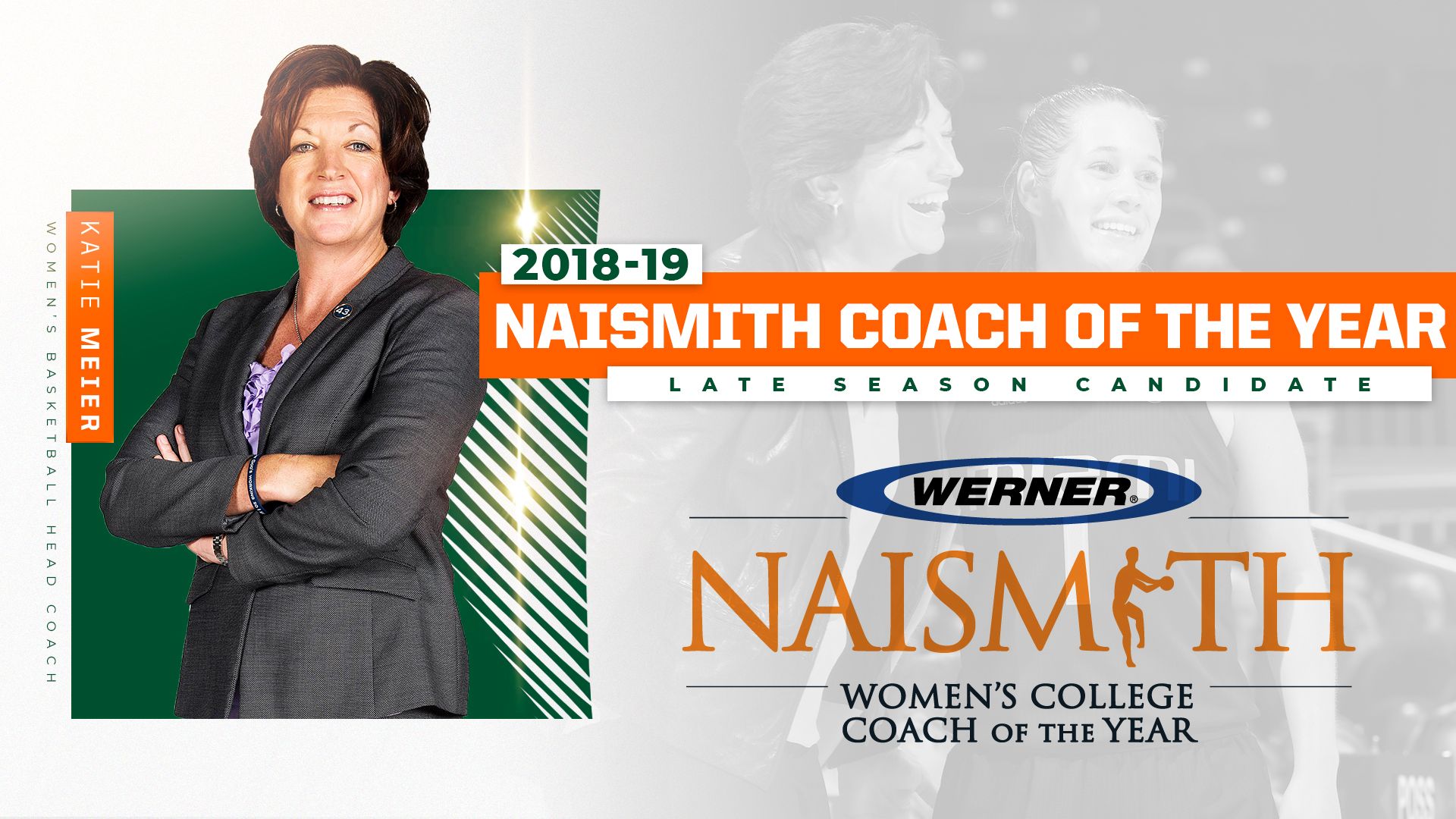 Meier is one of just 15 coaches in the nation who made the cut, five of whom are from the ACC. The fellow conference coaches on the list are Clemson’s Amanda Butler, Notre Dame’s Muffet McGraw, NC State’s Wes Moore and Louisville’s Jeff Walz.
Two of the other 14 candidates are former Meier assistants, in both Butler and Carolyn Kieger of Marquette.

Meier has guided Miami to a 23-6 (11-3 ACC) record and a No. 15 national ranking in both major polls. After being picked to finish fifth in the ACC by the league’s coaches and sixth by the Blue Ribbon Panel, the Hurricanes locked up a top-four spot with two games to play and can still finish as high as first.

Miami is 6-1 against ranked teams and has defeated two schools that made the NCAA Final Four last year, in then-fourth-ranked Notre Dame and then-second-ranked Louisville. The former was Miami’s first win over a reigning NCAA champion and the latter, which came on the road, was the first top-three victory in program history.