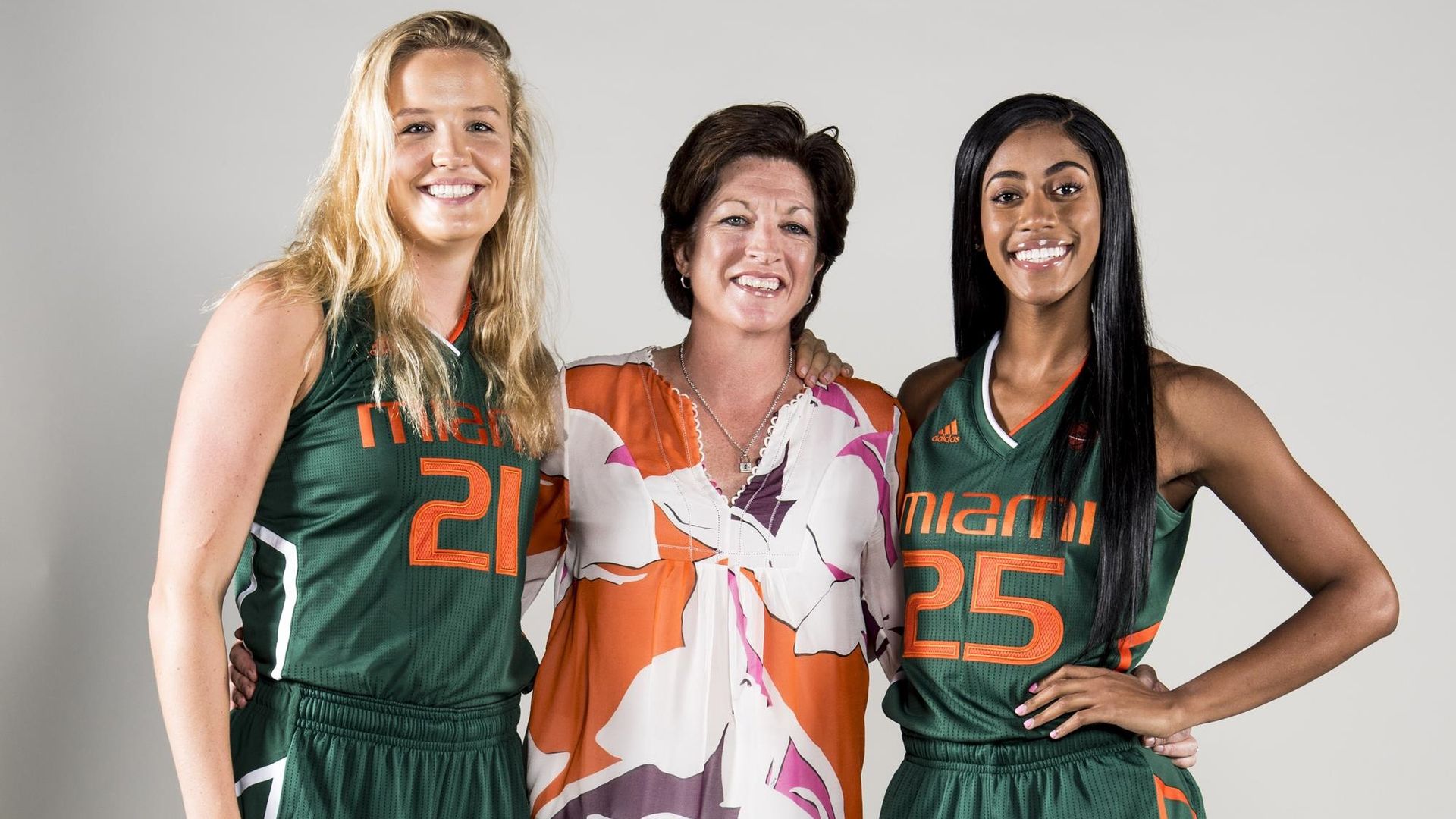 No. 15 Miami (23-6, 11-3 ACC) squares off with Georgia Tech at 7 p.m. at the Watsco Center. The Hurricanes will honor their two seniors, forward/center Emese Hof and forward Khaila Prather, in a pregame ceremony approximately 20 minutes before tip-off.

Jenn Hildreth and LaChina Robinson will have the call on RSN—it can be found locally on FOX Sports Florida—and it is available on ACC Network Extra, subject to blackout, HERE. In addition, the contest will be carried live on WVUM 90.5 FM HERE and live stats will be available HERE.

As is the case at all home games, team schedule cards will be available at the marketing table by the main entrance. In addition, the first 250 students in attendance will receive copper mugs.

After winning eight of the last 11 meetings, including four of the past five, Miami sports a 15-14 ledger in its all-time series against Georgia Tech. The Yellow Jackets did take the most recent meeting, however, registering a 70-51 home decision on Feb. 22, 2018.

Miami is coming off its sixth top-25 victory of the season, a 64-54 triumph over then-No. 22/20 Florida State Sunday afternoon at the Watsco Center. Sophomore guard Mykea Gray led the Hurricanes with 19 points and added a career-high-tying four steals.

Redshirt junior forward Beatrice Mompremier tallied her 21st double-double of the season with 18 points and 10 rebounds, giving her 999 points as a collegian. Hof posted 14 points and eight rebounds, while redshirt junior guard Laura Cornelius added 10 points and six boards. Miami held Florida State to its third-lowest scoring output of the season and rallied from a 14-point deficit to earn the win.

Georgia Tech enters Thursday’s game at 17-10 (7-7 ACC) on the season after winning four of its last five outings. The Yellow Jackets are led in scoring by freshman guard Elizabeth Balogun at 14.8 points per game.

Following their matchup with the Yellow Jackets, the Hurricanes travel to Raleigh, N.C., for their regular season finale, set for Sunday at 2:30 p.m. against No. 10 NC State, live on RSN.