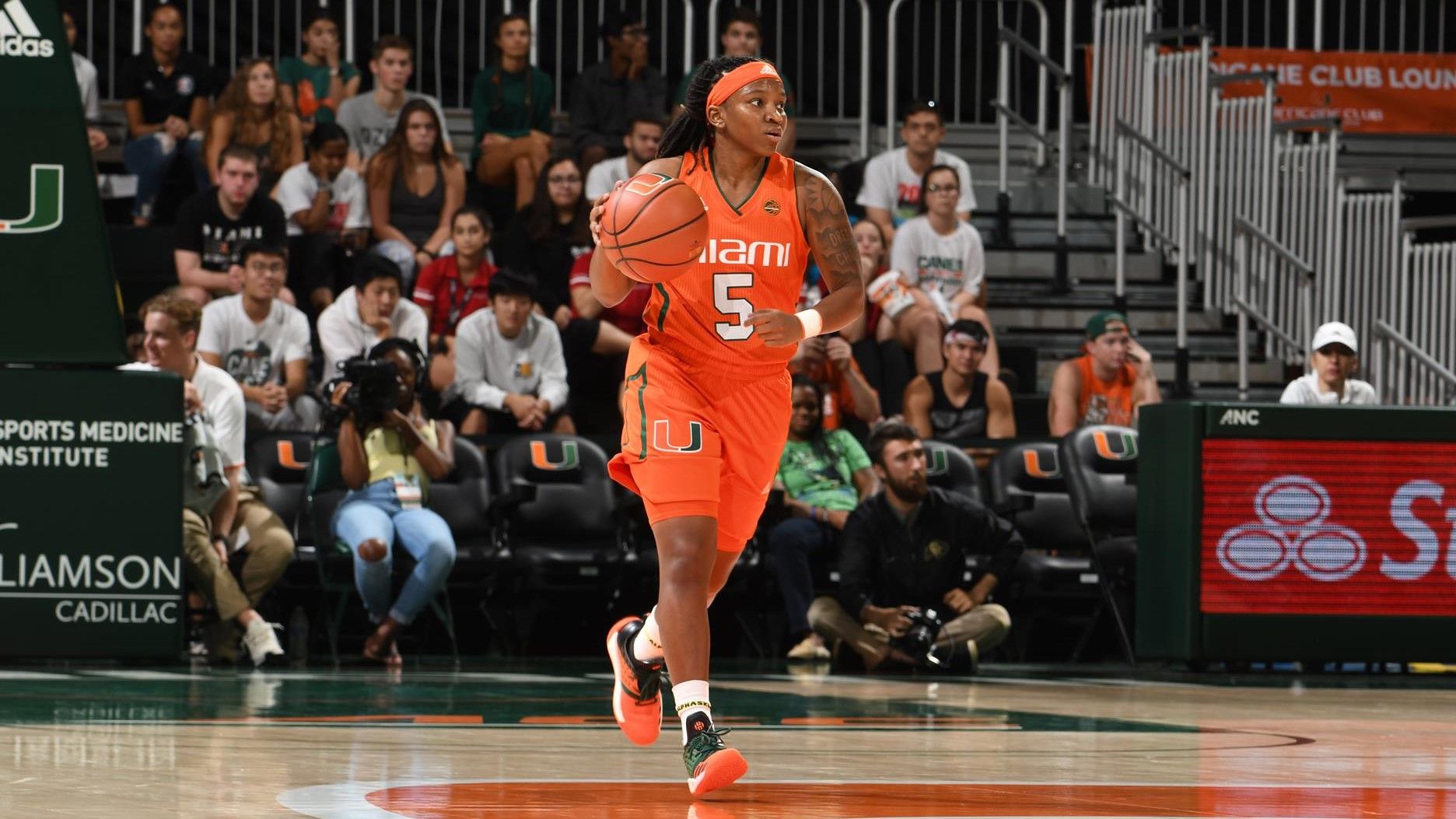 WBB Ascends to No. 14 Nationally

CORAL GABLES, Fla. – For the second week in a row, the University of Miami women’s basketball team made the largest leap of any school in both major polls.

Miami (22-5, 10-2 ACC) jumped six spots to No. 14 in the Associated Press Poll, announced Monday, and the USA TODAY Coaches Poll, released Tuesday. It is the team’s highest ranking of the season from each outlet.

The Hurricanes are coming off the first top-three victory in program history, a 79-73 road win at then-second-ranked Louisville Sunday afternoon.

In the AP Poll, Miami garnered 350 points in the voting after earning 186 last week and 20 the week before. The Hurricanes were top-16 on 25 of 28 ballots and top-14 on 21 of 28, with three voters placing them in the top 10 and one slotting them eighth. The entire list is available HERE.

Miami went from 76 points in the Coaches Poll two weeks ago to 225 last week to now 392. The complete ranking can be found HERE.

Miami will be back in action Thursday at 7 p.m. when it takes on Virginia Tech in Blacksburg, Va., for its last of three straight road games.