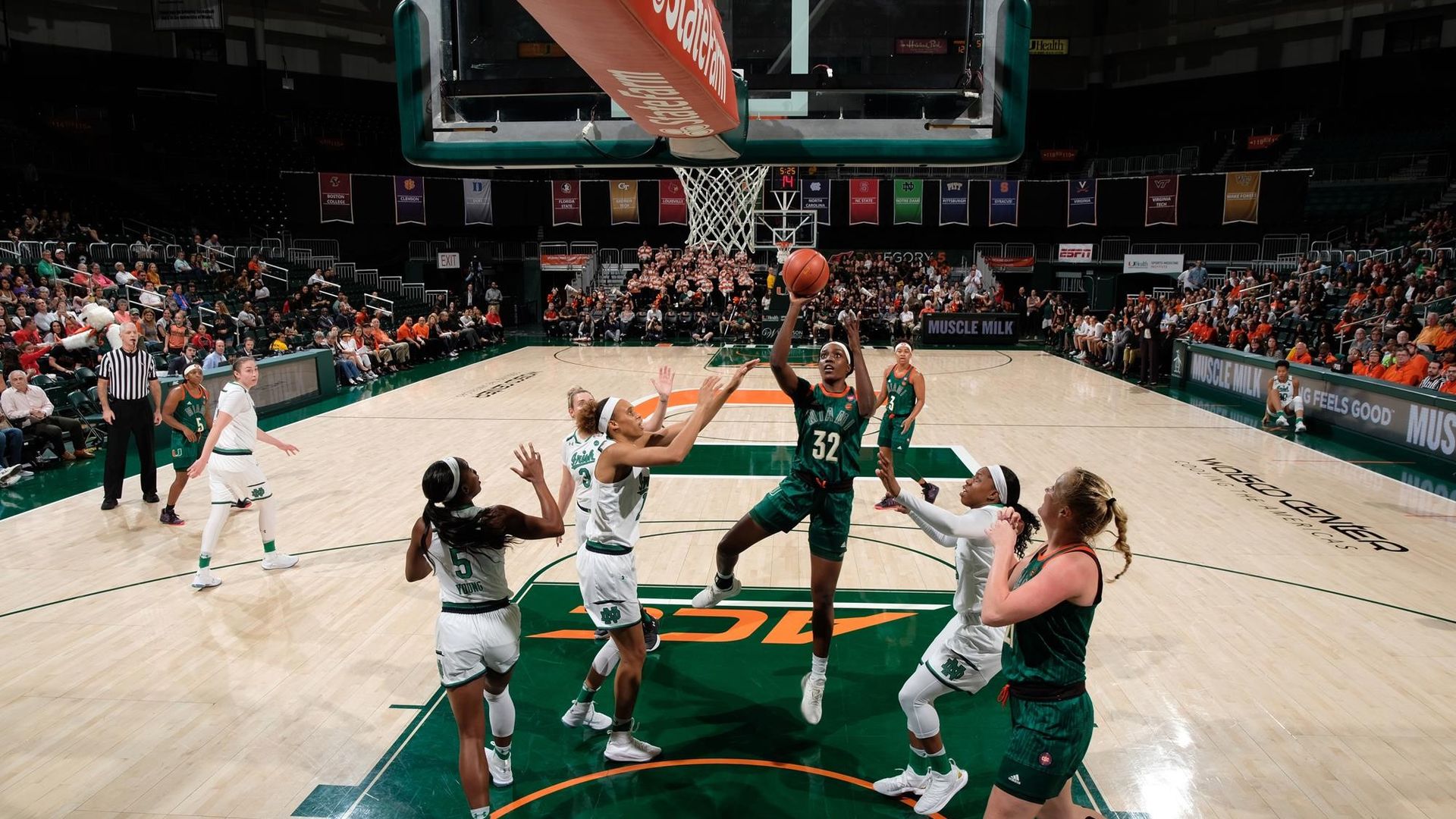 CORAL GABLES, Fla. – Beatrice Mompremier of the University of Miami women’s basketball team was selected as the College Sports Madness National Player of the Week, as announced Monday afternoon.

The Hurricanes took down the Fighting Irish, 72-65, Thursday night at the Watsco Center and then notched a 65-51 road victory over the Panthers.

Mompremier posted 18 points and 12 rebounds versus Notre Dame, as the Hurricanes earned their first victory over a defending NCAA champion. She then turned in a 23-point, 13-rebound performance against Pittsburgh.

On the week, the Miami native averaged 20.5 points and 12.5 rebounds, while shooting 60.0 percent (15-of-25) from the floor. Her play, which upped her ACC-leading double-double tally to 19, also earned her ACC Player of the Week distinction for the third time in 2018-19.

Mompremier is the first Hurricane to receive national player of the week recognition since Adrienne Motley garnered the accolade from espnW on Jan. 12, 2015, also following a triumph over a fourth-ranked Notre Dame team.