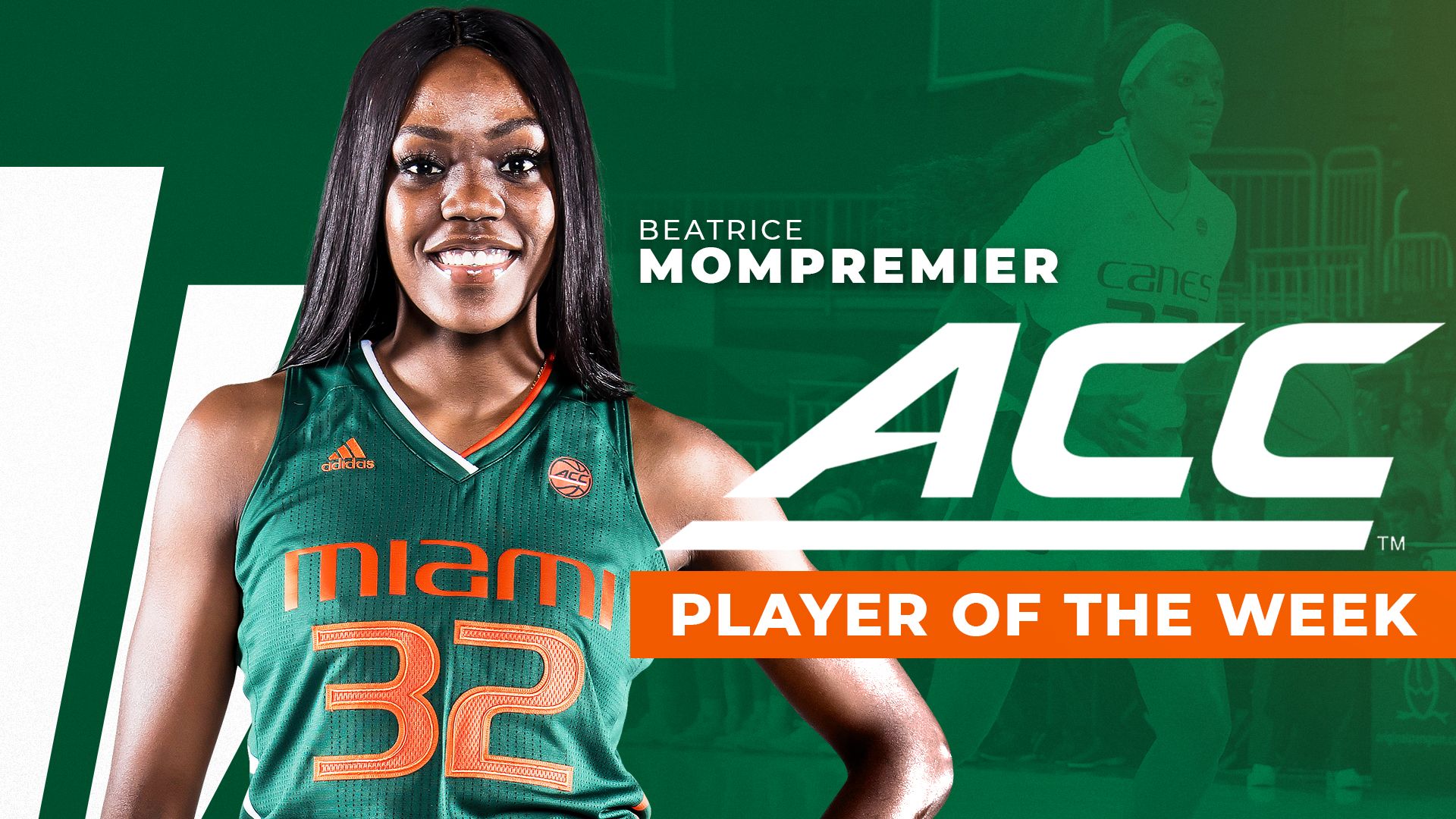 CORAL GABLES, Fla. – Beatrice Mompremier of the University of Miami women’s basketball team was tabbed as the ACC Player of the Week, as announced Monday afternoon by the conference office.

This is Mompremier’s third honor of the season, each since the start of ACC play over the past six weeks. She is the third player to notch three honors this year, joining Louisville’s Asia Durr and Syracuse’s Tiana Mangakahia.

Miami last had three ACC Player of the Week honors in a season during the 2010-11 campaign when Riquna Williams earned four and Shenise Johnson received three.

A redshirt junior, Mompremier logged 18 points and 12 rebounds in the win over Notre Dame, the first triumph over a reigning national champion in program history. She followed that with 23 points and 13 rebounds, both game highs, against the Panthers.

Mompremier averaged 20.5 points and 12.5 rebounds on the week, while shooting 15-of-25 (60.0 percent) from the field. The Miami native increased her ACC-best double-double total to 19 through her 25 appearances.