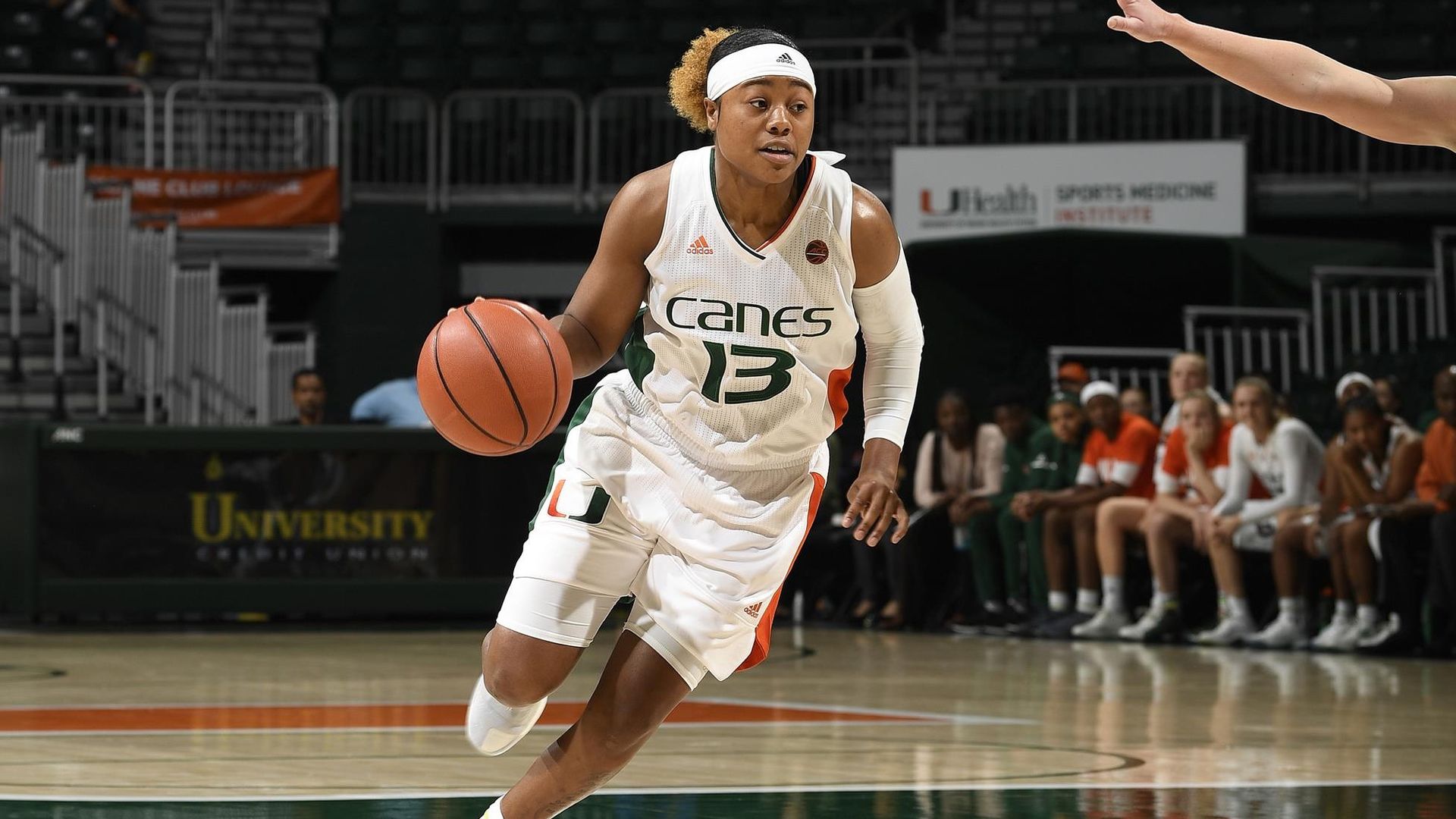 WBB Set for Matchup at Pittsburgh

CORAL GABLES, Fla. – Coming off the program’s first win over a reigning national champion, the University of Miami women’s basketball team is set to play its first of three straight road games.

The game will be broadcast on ACC Network Extra HERE, as well as carried live on WVUM 90.5 FM HERE. Live stats for the matchup can be found HERE.

The Hurricanes own a 21-9 all-time mark versus Pittsburgh after winning nine of the past 10 meetings and each of the past four. The 21 wins are tied for Miami’s fourth-most against any foe. Most recently, the Hurricanes registered an 82-58 home decision on Feb. 15, 2018.

Miami logged a 72-65 win over fourth-ranked Notre Dame Thursday night at the Watsco Center, tying its 2015 triumph over the Fighting Irish for the highest-ranked opponent Miami has defeated. The Hurricanes held Notre Dame to their lowest point total of the season and lowest field goal percentage (37.3 percent) since Nov. 17, 2016.

Pittsburgh enters the weekend at 9-15 (0-10 ACC) on the season and its leading scorer, redshirt senior guard Aysia Bugg (14.0 points per game), has not played since Nov. 19, 2018. The active leading scorer for the Panthers is senior forward Danielle Garven at 10.2 points per game.

Following its game against the Panthers, Miami has a midweek bye before traveling to Louisville, Ky., to take on second-ranked Louisville Feb. 17 at 3 p.m., live on ESPN2.